it's how we do 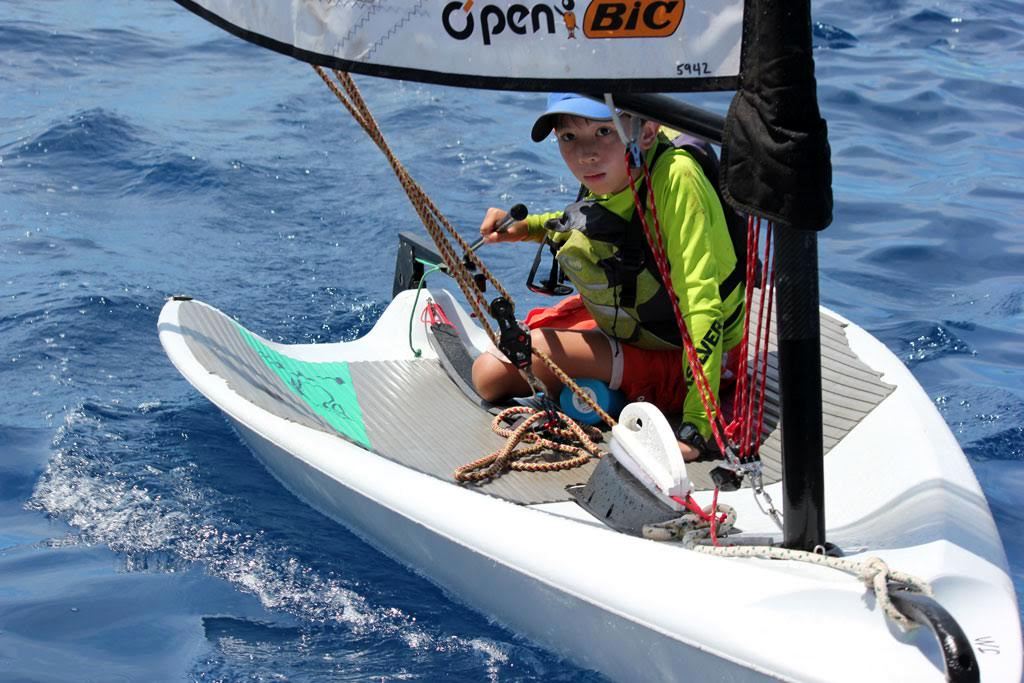 “Sailing a boat calls for quick action, a blending of feeling with the wind and water as well as with the very heart and soul of the boat itself. Sailing teaches alertness and courage, and gives in return a joyousness and peace that but few sports afford.” George Matthew Adams
Junior Sailing: Why We Do What We Do
This past weekend I witnessed something great. The 2016 4th Annual Keith Dinsmoor Trophy Regatta for youth sailors (ages 8-17), which was held near Lahaina just off of Mala Wharf, was the latest manifestation of a dream that Lahaina Yacht Club member Keith Dinsmoor brought to life 14 years ago. At the time, soon-to-be Commodore Bruce Baum was convinced that LYC should have a program for kids and he enlisted Keith to gather up a group of kids and spend a week teaching them to sail in Sabot dinghies. Keith was soon joined by other volunteers who loved sailing (namely Curtiss Robb, Dan O’Hanlon, and Bruce himself). The LYC Junior Sailing programs have evolved from those humble beginnings.
The one-week summer program has grown into sold-out multiple summer classes and now also includes private school groups sending students for one week classes throughout the year. HUNDREDS of Maui children are introduced to our sport every year now.
Four years ago program leader/coach Mike Sowers received a call from Hawaii Kai Boat Club member Todd Carle on Oahu. Todd proposed that we send our kids to Oahu for an annual inter-club regatta, the Baron’s Cup. Mike explained that LYC does not have a Junior Sailing Team, only 1-week class programs. But it occurred to Mike that here was an opportunity to take LYC sailing programs to a new level. He told Todd that, by golly, we would put a team together. Todd replied that there was a catch. LYC has to reciprocate and host Hawaii Kai Boat Club sailors for an annual Maui regatta. Mike replied “You’re on!” The Dinsmoor Trophy Regatta was born.
Matson stepped in as a major sponsor. They provide free shipping in a 40 foot container so that the visiting team can ship all their dinghies and equipment to the host venue. Our team went to the Baron’s Cup as invited that year. A few months later LYC hosted the Hawaii Kai Boat Club team here in Maui waters. These two events have been a tremendous boon to our junior sailors as they have the opportunity to compete off-island and hone their skills against outside teams. This year, Kaneohe Yacht Club also sent a competitor.
Youth sailing is growing as a result of the inter-island competition. Hawaii Kai Boat Club sent a team to the O’Pen BIC world championships in Australia in 2015, and they sent a team to the 2016 O’Pen Bic Worlds in France and one of their members, Lars VonSydow captured 1st place in the world in the 14-19 age group!
Our kids are proving to be seasoned competitors as they gain more experience. There is no reason why some of our kids can not go on to compete nationally or even internationally NEXT YEAR! The modern O’pen BIC and RS Feva classes are wide open to our Hawaii’s junior sailors.
But the main focus of LYC Junior Sailing programs will remain on instruction, fun, safety, fun, confidence-building, fun, sportsmanship, fun, skill-building, fun, healthy outdoor fun, and did I mention? — fun. People who love sailing, dozens of volunteers, are helping to perpetuate our sport by helping to instill the love, the joy, the freedom of sailing. The kids are learning life-long skills and having a great time of it.
The award-winners get a lot of well-deserved attention. But during this year’s event, as I was following the Dinsmoor fleet around the course on the media boat, I focused in on a kid who was not in the lead. He was back in the second half of the fleet. You see, ten year old James McCrystal was in the first regatta of his life. He had taken the one-week LYC Junior Sailing Class in 2015 and repeated it in 2016. Total life-long sailing experience was 2 weeks. James is also a Webelo Scout, and that will continue, but he realized he really liked sailing. He asked to join the Junior Sailing Team. Of course he was accepted with open arms. During his first ever regatta, James displayed a calm determination and his efforts paid off with some good form and respectable finish for a total newbie. When I emailed James’ mom (Bonnie) seeking permission to tell his story in this report, she shared with me something that floored me. James McCrystal told his mom, “I love sailing because when the wind blows, I feel it in my heart.”
A wave of emotion poured over me and, alone at my computer, I silently proclaimed to myself, “YES YES YES! THIS IS WHY WE DO WHAT WE DO!”
– Bruce Olsten