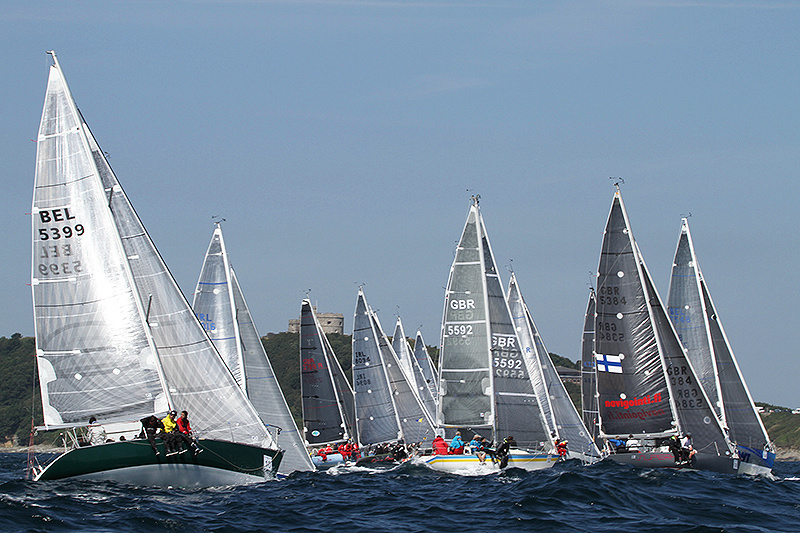 How do you prove that a level rating formula works?
A good way would be to take two top boats from that formula set them against each other in a decent breeze and see who comes out top.
The formula I refer to is the good old International Offshore Rule (IOR) and while the boats now race under IRC, the closeness of their ratings show IOR wasn’t so far from the mark.
The two boats were Whiplash and Swuzzlebubble. It is not only the Editor who lusts after Swuzzlebubble, as owner of a Dubois one off Quarter Tonner from the same era (a close drawing board sister to Police Car) I also think these boats are beautiful, sail well and are great fun.
Anyway back to the formula test; in the 40 Mile Coastal Race, part of the Henri Lloyd Half Ton Classics Cup after 5 hours of racing Swuzzlebubble corrected out at 5.08.47. Unfortunately Miss Whiplash came in at 5.08.41 or victory by 6 seconds or 0.04% if I have my maths correct.
What an event, 18 classic half tonners hitting the start line and their little sisters manage over 30 at the Quarter Ton Cup and not a boat under 20 years old yet many have had more plastic surgery than…. Better not say, I can’t afford a libel case but she knows who she is.
Who needs one design? (Unless you race under PHRF that is ha ha.) – -Shanghai Sailor.
Got a thought on this?