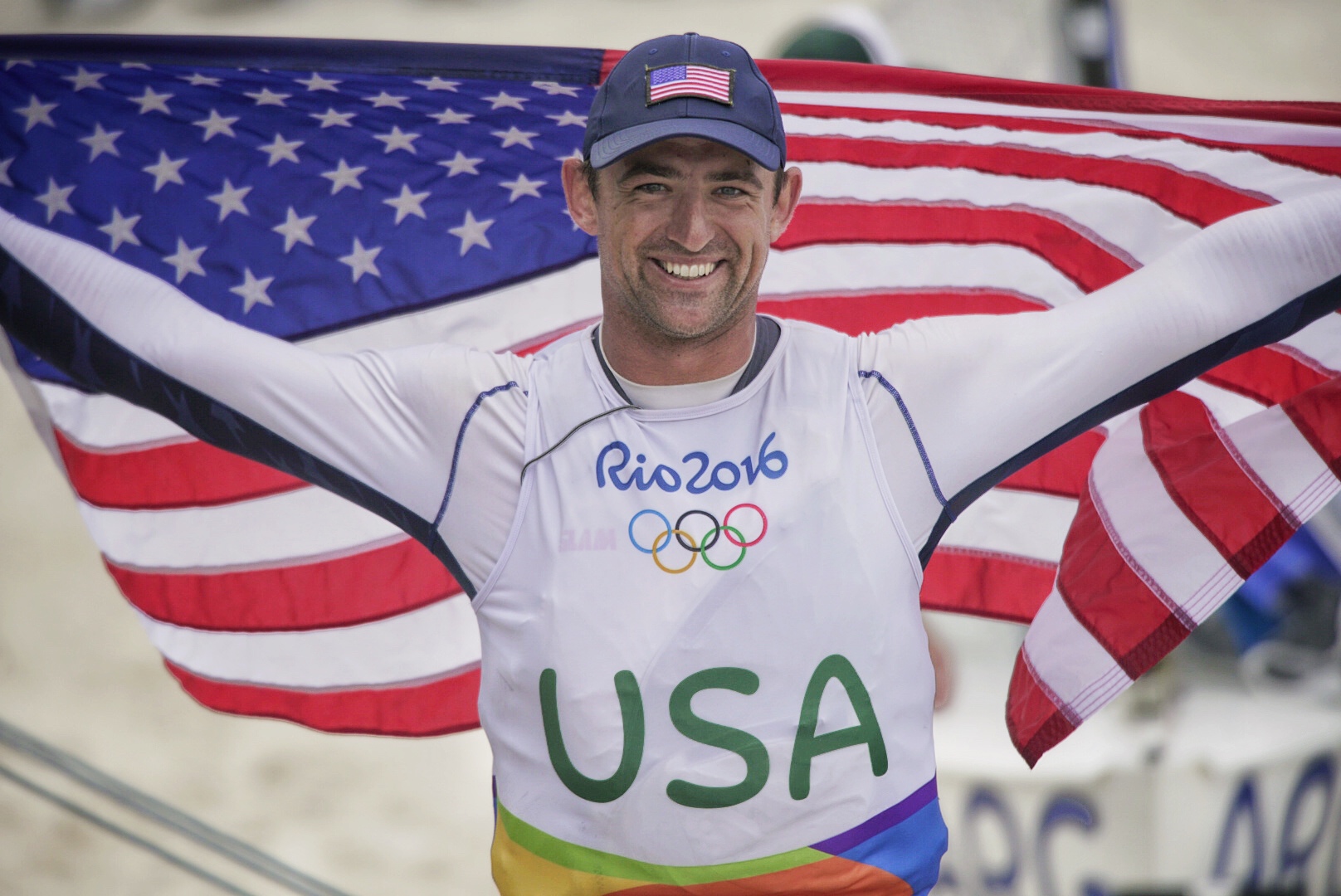 Guanabara Bay is now ‘Caleb’s House’ after the 26 year old Caleb Paine’s blinder of a Finn finale.  The SoCal native grabbed a right shift to horizon job the fleet from mark 1 to the finish, jumping over Max Salminen and knocking Croatian Ivan Gašpić out of the medals to claim the first US sailing medal in 8 years.  Ironically, it was Gaspic whose protest against Paine was thrown out after video evidence showed it was total bullshit – what goes around sometimes really comes does come around (and no, Gary Jobson had nothing to do with it; the team was reviewing the footage hours before Jobson’s ‘research’ bore fruit).  Paine’s win provides the all-important objective improvement the US team has been hoping for; with two more legitimate shots at medals in the 470s, we might even beat the oddsmakers.

It was amazing to watch Giles Scott reeling in Paine on the final run like he was in a different class of boat; the genetic freak of a man showed why he didn’t even need the medal race to take the Gold, and he’ll be back to defend his title for a long time to come.
In other Olympic news, Pete Burling clinched the 49er Gold two races before the qualis are even over.  If the 2017 America’s Cup comes down to a helmsman vs. helmsman battle, you’re all going to need to book tickets to Auckland for the 2020 Cup.
NBC coverage here.  Google for the rest of ya. Big thanks to Amory Ross and the US Sailing Team for getting this shot to us so fast.

they ain’t makin’ no more of them