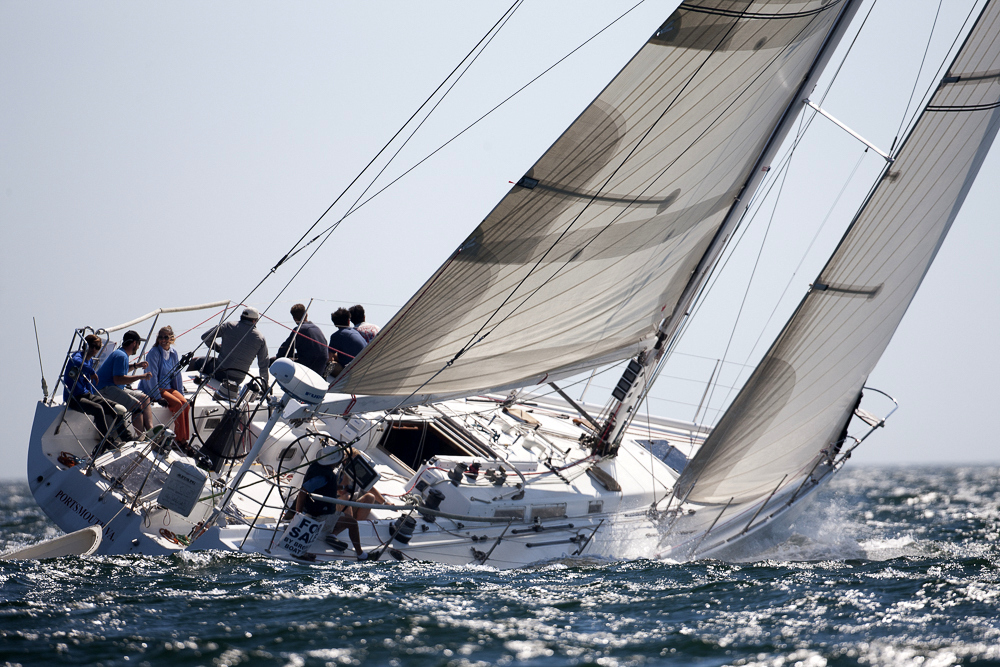 Mainers have a saying for tourists who ask for directions: “You can’t get there from here.” Last weekend when Sailing Anarchy’s editor tried to journey to Brooklin, Maine, from San Diego, had flight delay issues that wouldn’t allow him to make the event, he knows how true that can be!
The plan was to race AURORA (a Bill Tripp-designed 55-foot cold-molded racing boat built by Brooklin Boat Yard) in the famed Eggemoggin Reach Regatta and its two feeders, August 4-6, 2016. The ERR attracts more than 100 wooden boats from around the world annually, including some yachts more than a century old. The only entry requirement is that the boat is built substantially of wood. AURORA, built in 1992, is a racing machine that has done Transats, Fastnets, and Bermuda Races and taken home trophies for more than two decades. Her hull is cold molded, her decks are S-glass with foam core and her spar is carbon. For ERR racing purposes, she’s classified as a “Spirit of Tradition” boat (though some purists have a hard time spotting the tradition in her).
Last Thursday AURORA and her crew took to Penobscot Bay for the first feeder race spanning 19.6 miles of Maine waters from Castine to Camden. The SSW breeze was on, averaging 17 mph at the start and reaching over 20 steady by the finish. AURORA and her fiercest competitor, the 69-foot ISOBEL (also built by Brooklin Boat Yard), both sailed to the front of the fleet early on. This was an upwind race for almost the entire sail, finishing with a reaching leg from the last mark to the finish. ISOBEL rounded that mark a half-mile ahead of AURORA, launched her chute and made for the finish line in dramatic fashion. While the Stephens & Waring-designed sloop owed every boat in the fleet considerable time, she still came out on top at the end of the day.
Read on.

what are you doing?

they go both ways