built to last…for one day 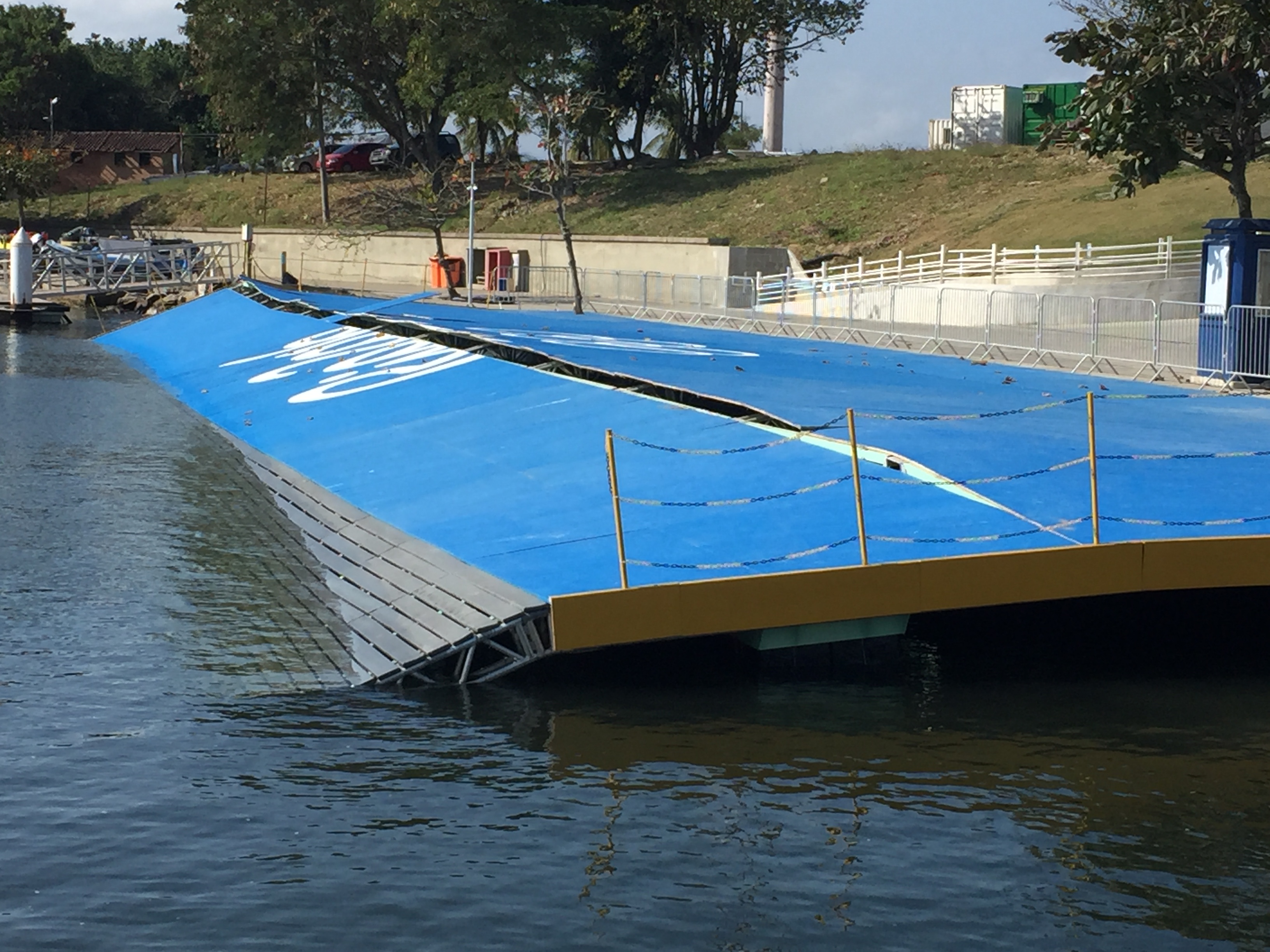 April’s collapse of the new “Olympic Bike Path” killed two people.  Saturday, waves flooded out a newly constructed Beach Volleyball TV studio. Sailing wasn’t immune from negligent construction, either; above is a shot of the this massive, brand new Marina De Gloria dinghy launch ramp that lasted a grand total of one day. You can read the typically ridiculous comments from officials in this news piece, while our own sources on the ground have their own take:

Biggest swell that we have seen yet in Rio this weekend. Surfers all around inside Guanabarra Bay.
The attached pics are of the progressive demise of the very large main launching ramp in Marina Gloria. The ramp was completed (in haste) on 29 July and collapsed on 30 July in the swell that made it into Marina Gloria. 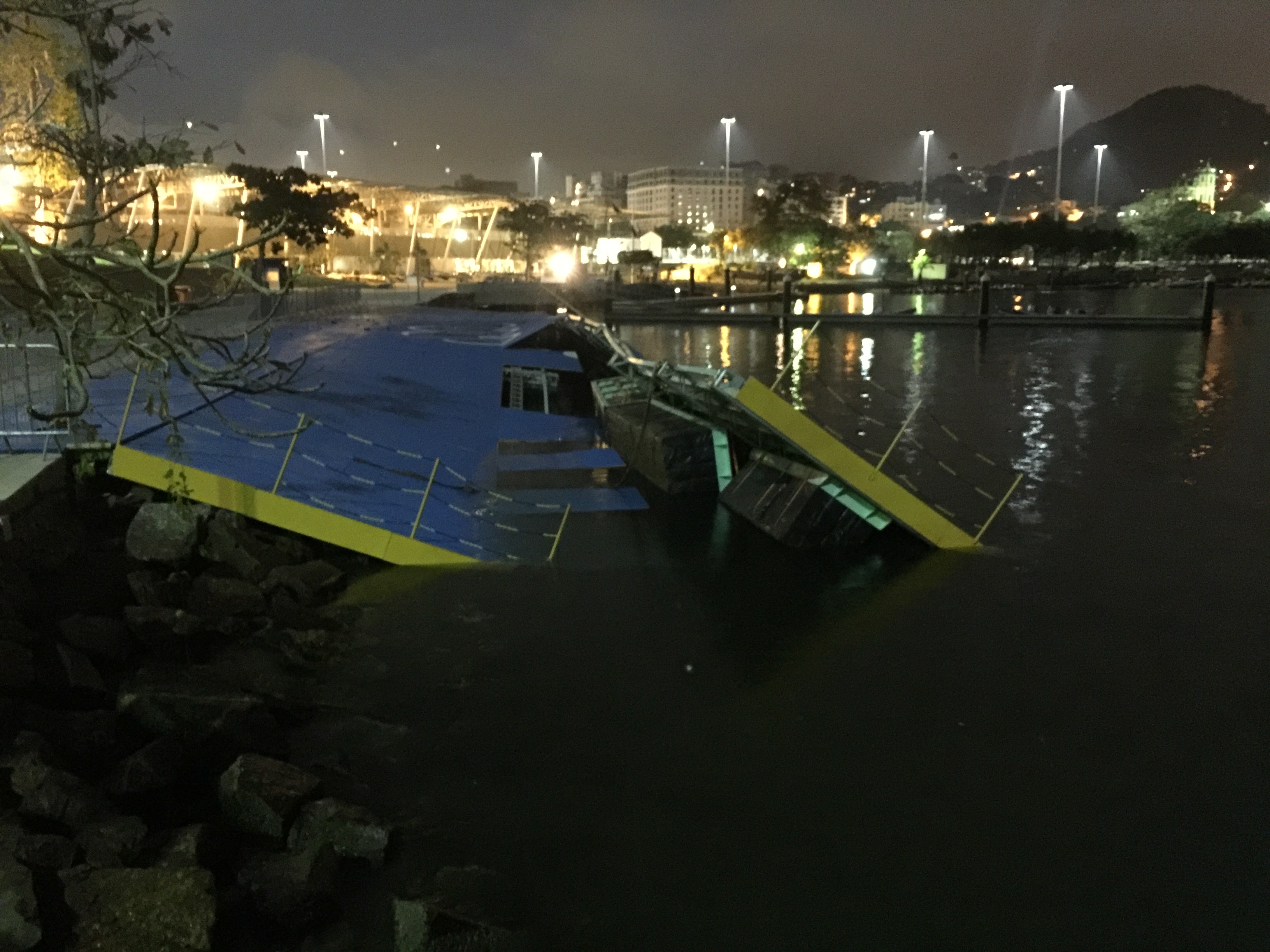 The attached pics are at 9am and 530pm where the patient was pronounced dead at the scene.  A rough day, for numerous reasons!

To athletes like Megan Kalmoe, intent on whining to ‘Leave Rio Alone!”, next time you decide that the media’s reporting on Olympic incompetence is hurting your little game, try to remember the dozens of lives that will be lost in total so that you can get on TV and try to win a piece of metal and ribbon.  For you, it’s a sport.  For Brazil, it’s life, death, and the future.