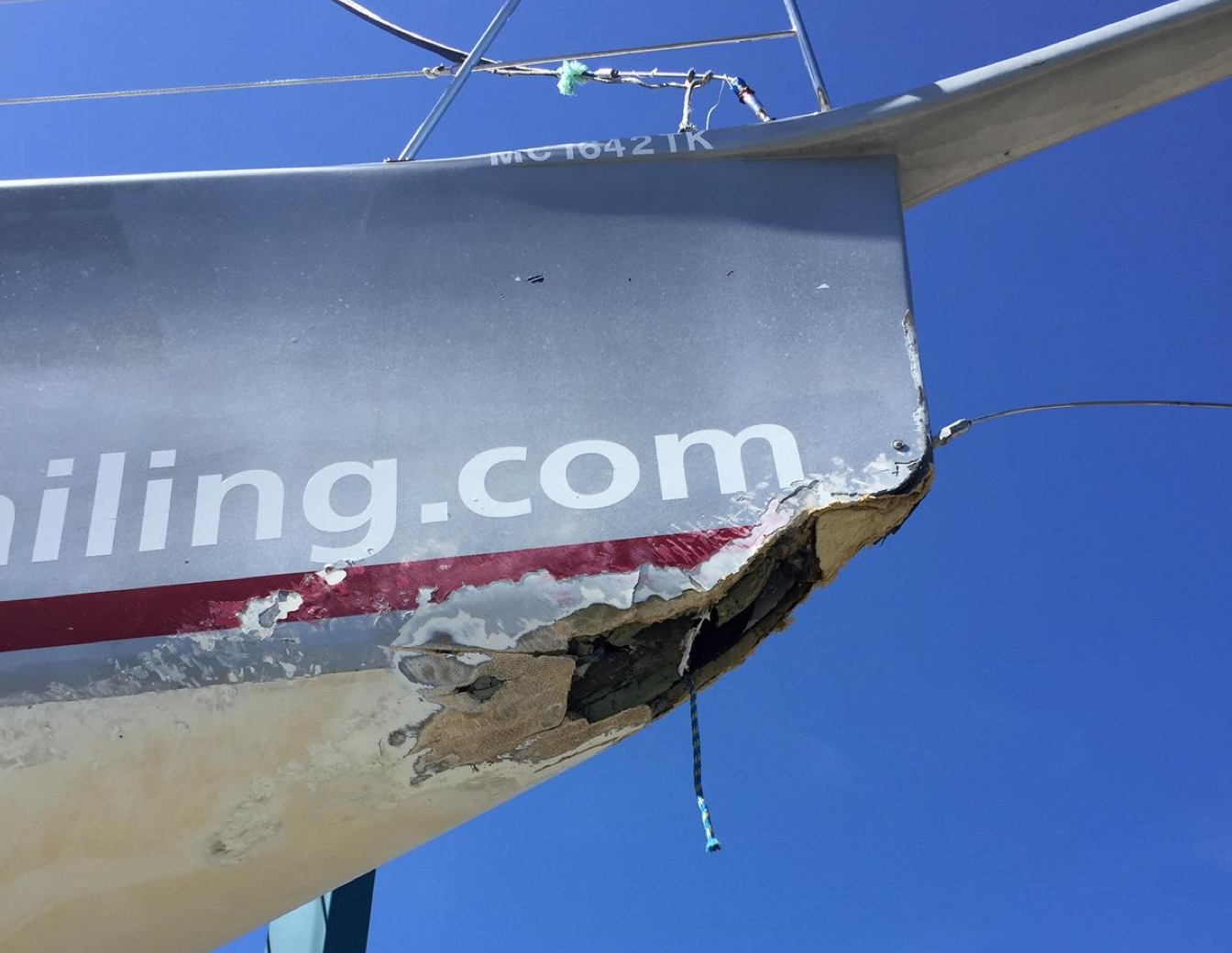 The aftermath of the Mackinac Race wreck of the chartered 1D48 WhoDo shows a heck of a lot more damage than just a mangled rudder post; we don’t yet know how much of the blown out bow above and the torn off rudder was part of the sinking, damage from the wave action on the bottom, or salvage damage, but it’s nasty!  SA’er ‘blunted’, sailing aboard the mighty Melges 30 Peerless, said there were ‘things available to hit on the field’. “We passed at last one 4-5′ long log, that was 14″ in diameter. That would have had our rudder akimbo had we hit it at the speed we were going at the time.“

All involved in the WhoDo mess would’ve likely wished she sank in the 200 feet of fresh water she sat in when SA’er ‘peacefrog’ and the crew of the C&C 30 CityGirl made the rescue; as it was, Whodo later drifted in and settled on one of the few shallow spots on a deep stretch of Michigan coast and came to rest with half her mast in the air.  After an airbag lift, she was towed in 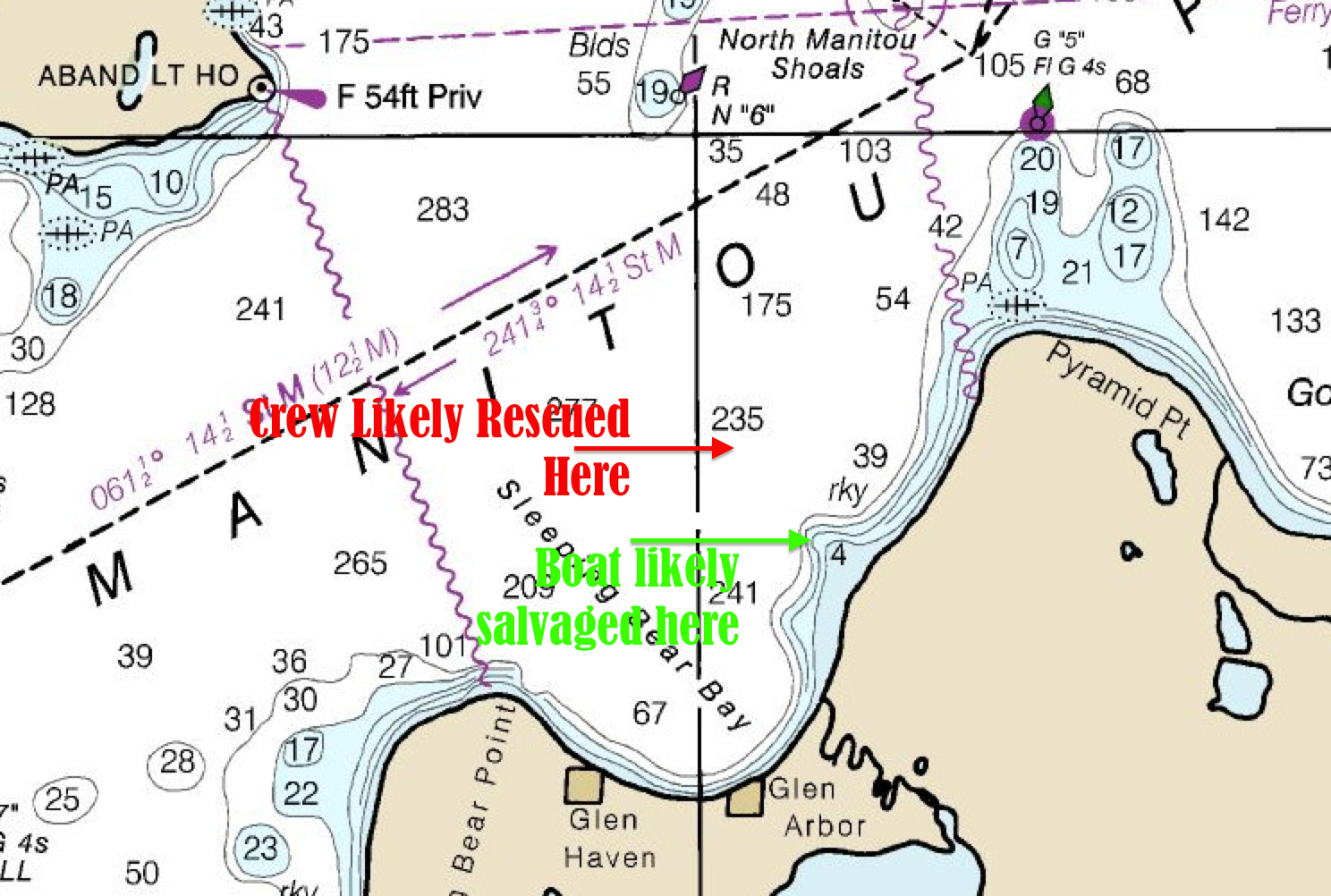 to the Michigan shore and now sits in Harbor Springs.
For a very, very rare look at a fresh catch of sailors straight after a rescue, check Russell Madsen’s video from City Girl.  Very cool shit and well done to all!
Thanks to SA’er M54Kings for the photo above, with more aftermath shots in the thread here.  Here’s a link to some local media on the rescue and more.