that's a lot of hamburgers 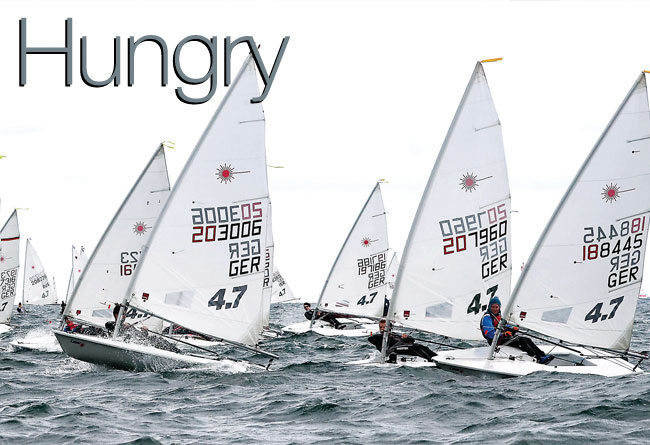 With a total of 681 entries, it’s not just any venue that’s capable of hosting a regatta on the scale of the Laser U21 Youth World Champion – ships. But Kiel in Germany has years of experience and is taking it all in its stride as it gears up to welcome many of the world’s best youth sailors. The event, from 30 July to 7 August, is open to male sailors in Laser Standard and female sailors in Laser Radial under 21 respectively and to sailors under 18 in Laser 4.7.
The biggest category is the Laser 4.7, the small-rig option that has attracted 256 entries in the boys’ fleet and 228 girls. There will be 55 girls competing with the mid-sized rig, the Radial, and 142 boys in the Laser Standard. International entries have flooded in from all corners of the globe including Australia, Hong Kong and Brazil, with the inevitable strong turnout from European nations.
Kieler Yacht Club relies on some of the best regatta facilities anywhere in the world, using much of the infrastructure created for the 1972 Olympic Games when the sailing was contested on these waters. Kiel has since of course established itself as the home of sailing and racing in Germany. Read on.