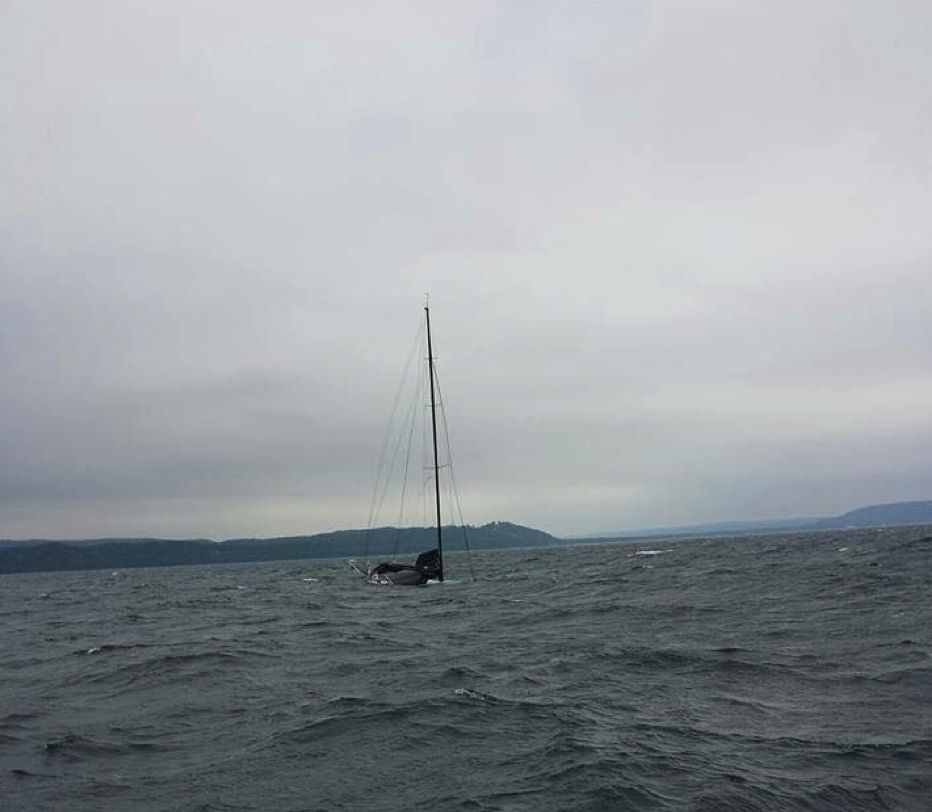 The Michigan-based 1D48 WhoDo definitely did, and this John Quinlan (crew on Pterodactyl) photo from a Blake Arnold Facebook post shows her slipping beneath the Lake Michigan waves during this weekend’s Chicago Mac, reportedly after a broach in a squall led to a broken rudder and a big hole in the bottom of the boat.

All crew safely offloaded to their liferaft and they were picked up by Mark Bremer’s City Girl with Eric Oesterle’s Heartbreaker  standing by.  We don’t know how much water she sank in or if salvage is possible, but we hope so.  Whodo’s crew list and boat details are here.

While storms beat up the middle of the fleet, the Detroit TP52 Natalie J flew down the course, finishing just 3 hours behind the ORMA 60.  Still plenty of racing to pay attention to (track ’em), but she looks good for yet another overall victory.  Daily report over here.

This post has been edited to reflect City Girl as the rescuing vessel.

in the pit with quantum