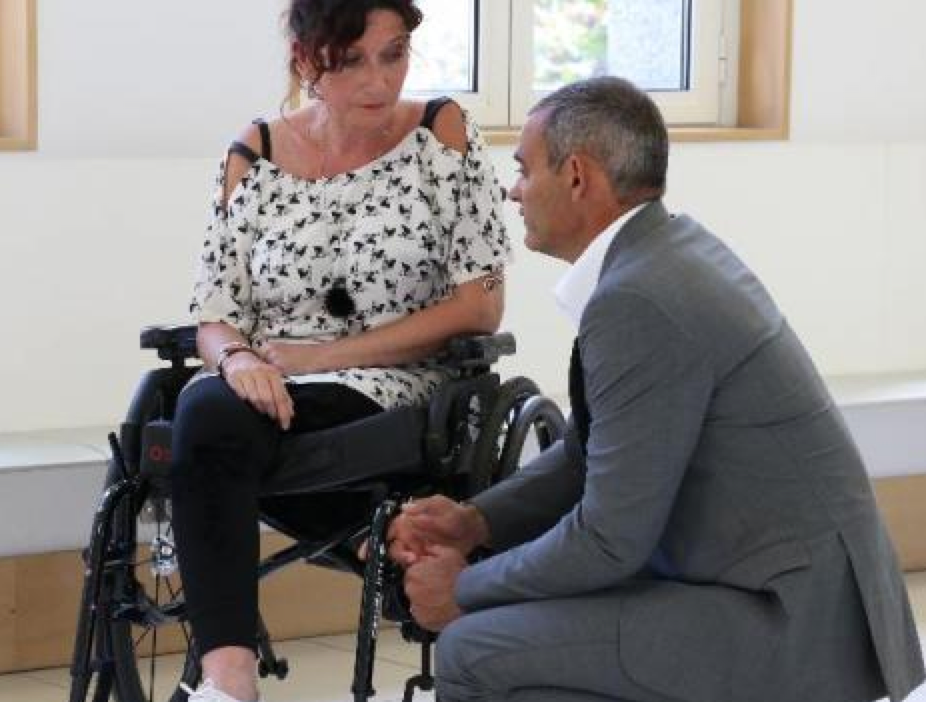 According to the sentence handed down yesterday by a Lorient judge, Spindrift Racing co-founder and skipper Yann Guichard will avoid jail time for the accident between the monster Spindrift 2 trimaran and Lorient local Virginia Namouric.  Guichard’s sentence of 6 months is suspended, meaning he won’t have to serve it – though he will be require to pay 25,000 euros in fines and several hundred thousand in restitution and compensation to Namouric for the loss of her leg.
Guichard’s conviction was for a deliberate violation of his duty of safety and prudence, and endangering the lives of others; an American court would probably call it reckless endangerment and would apportion blame according to maritime notions of comparative negligence.  Lorient didn’t, despite the RIB driver’s total obliviousness to the 140-foot trimaran; perhaps because the victim’s husband was the driver.  We hope event organizers don’t see this is a vindication of the insane policies allowing (and relying) on unqualified and untrained volunteer support boat drivers at major events.  It doesn’t matter how many courts go against COLREGS and basic rules of the road; as long as unaware powerboaters are allowed to drive near fast sailboats, injuries – or worse – will continue to happen.  Photo from the Ouest France article.

big reward His dominant victory may be déjà vu for Le Grand Hippy Jean-Pierre Dick, but amazingly Loic Peyron just won a round-the-world race for the first time in his long and distinguished career.