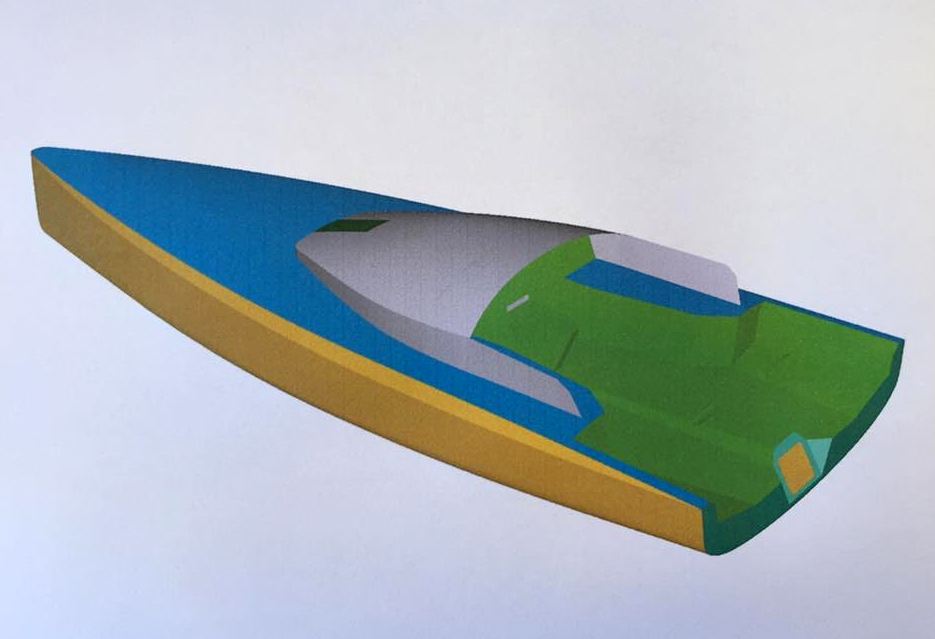 Cape Racing Yachts is a new boatyard that is focusing on high end racing yachts.  It is based in Cape Town, South Africa, where skilled personnel are drawn from the well-established boat building industry in the area.  Having mast maker – Southern Spars, Sail lofts – North and Ullman, and rigging supplier – Southern Rope right on its doorstep, make Cape Town a logical place for the boatyard to be based.

Its current project is a new 5th generation Class 40, ”Cape 40 5G”.  Following comprehensive research and consulting many in the class, including a prominent member of the Sailing Anarchy forums, Owen Clarke Design was commissioned to do the design.  There was immediately good synergy between Cape Racing Yachts and OCD, and the result is a new design with a powerful, easily driven hull that is optimised to moderate wind conditions, but powerful enough to excel in the strong winds  of a transatlantic race.

The Class 40 fleet is a mix of pro sailors with sponsored campaigns and Corinthians who are looking for a quick boat, to participate in some of the world’s iconic races.  It is this latter group that the design is focused on.  However we are pleased that the Cape 40 5G is so good that it has already attracted the attention of at least one well known pro and there may be further announcements in this regard in the near future.

Thus far two boats have been sold with the first due for launch in January 2017 and the second three months after that.  Both will be shipped to Europe for the 2017 Class 40 circuit.  See more at www.caperacingyachts.co.za and on Facebook “Cape Racing Yachts”