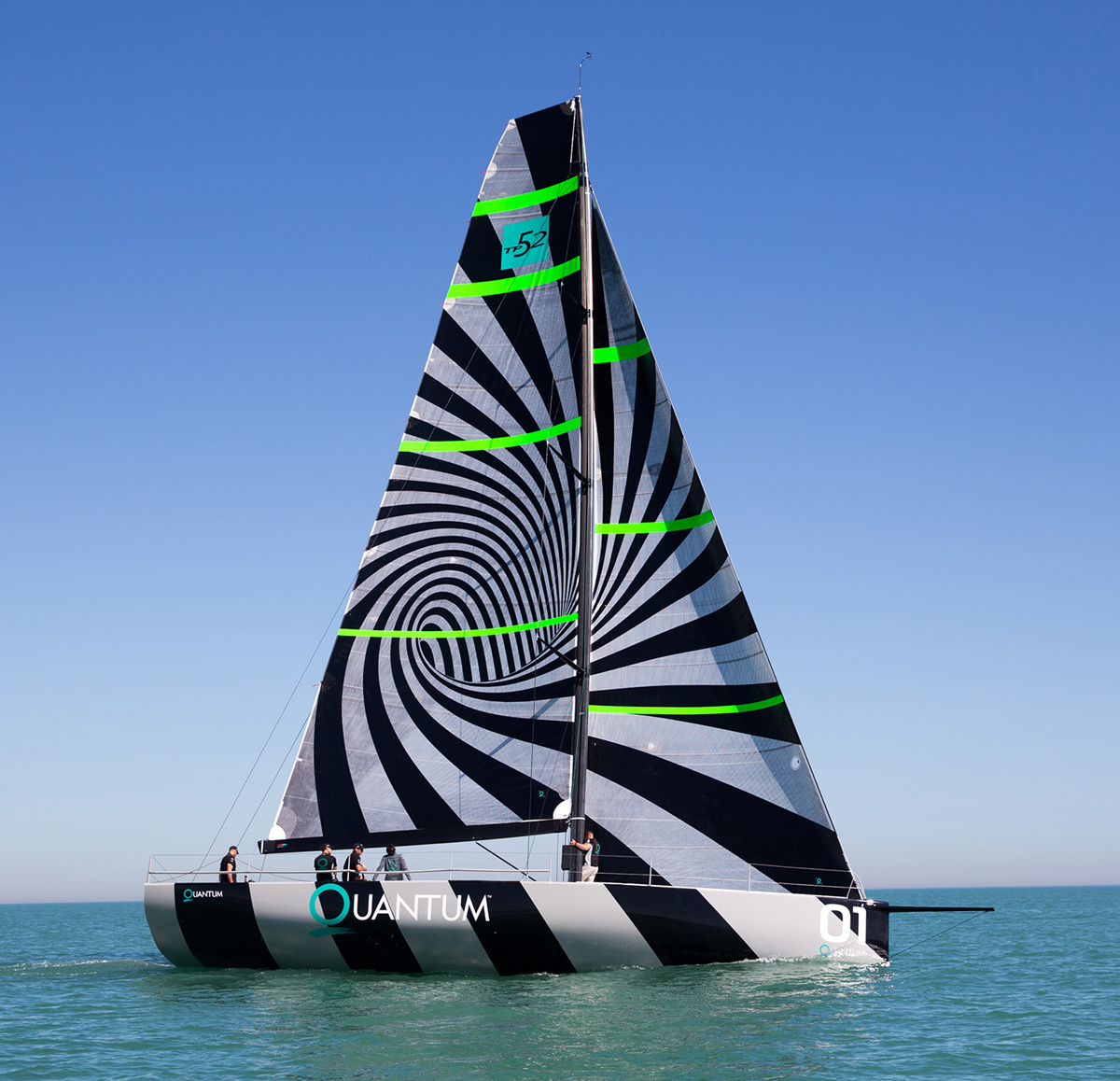 The 52 Super Series had a great start in 2016 at Scarlino, Tuscany, raced from the well laid out Marina Scarlino owned by Leonardo Ferragamo of Nautor Swan fame.
Eleven boats at the start, battle hardened by a tough 2015 season, modified and upgraded over winter to do even better in 2016 – and sure enough more even in performance potential now than many one-design fleets.
Behind an impressively consistent Quantum Racing it was a good battle between six or seven teams for the other two podium places, and perhaps even fiercer was the battle to avoid being last.
Some of the tacticians were more in phase with the often fickle and hard-to-read conditions, especially Alegre’s past 470 world champion Nic Asher and the ever sharp Terry Hutchinson who both made a solid impression.
The designers’ battle, or if you wish the boat optimisation battle, has reached new levels of perfection in the sense that the teams seem able to read their boats much better and optimise more confidently for the daily conditions than last year. I feel that the work that went into the rigs and sails this winter is one part of the reason for this, but surely the game is more even now that all boats are able to set up for the high upwind mode that you need to survive in the tight 11-boat field.
Looking ahead to 2017, we have three points of interest coming up. First the announcement that our schedule for 2017 will once more include Quantum Key West Race Week plus an event in Miami, this time labelled the Miami Royal Cup; the Royal Cup Challenge Trophy, which was donated in 1995 by King Harald of Norway, Pasquale Landolfi, Willi Illbruck and Yannis Costopoulos as a challenge trophy for IMS50 racing, has now been reassigned to one of each season’s 52 Super Series events and so it will travel across the Atlantic for the first time. To get your name on this trophy ain’t easy, whether in 1995 or in 2017.
Going to the USA continues to be an important part of the 52 Super Series success. The fleet is truly international and many of the owners and sailors come from the US. Through Doug DeVos and his Quantum Racing there are strong ties with Quantum Key West Race Week and its organiser, the Storm Trysail Club. Miami has provided us with some of the best racing the class has seen over its 15 years of existence.
Who is not thrilled to race in 20kt+ against the iconic backdrop of South Beach and its mix of high-rise and Art Deco buildings? Read on.