the king in the north 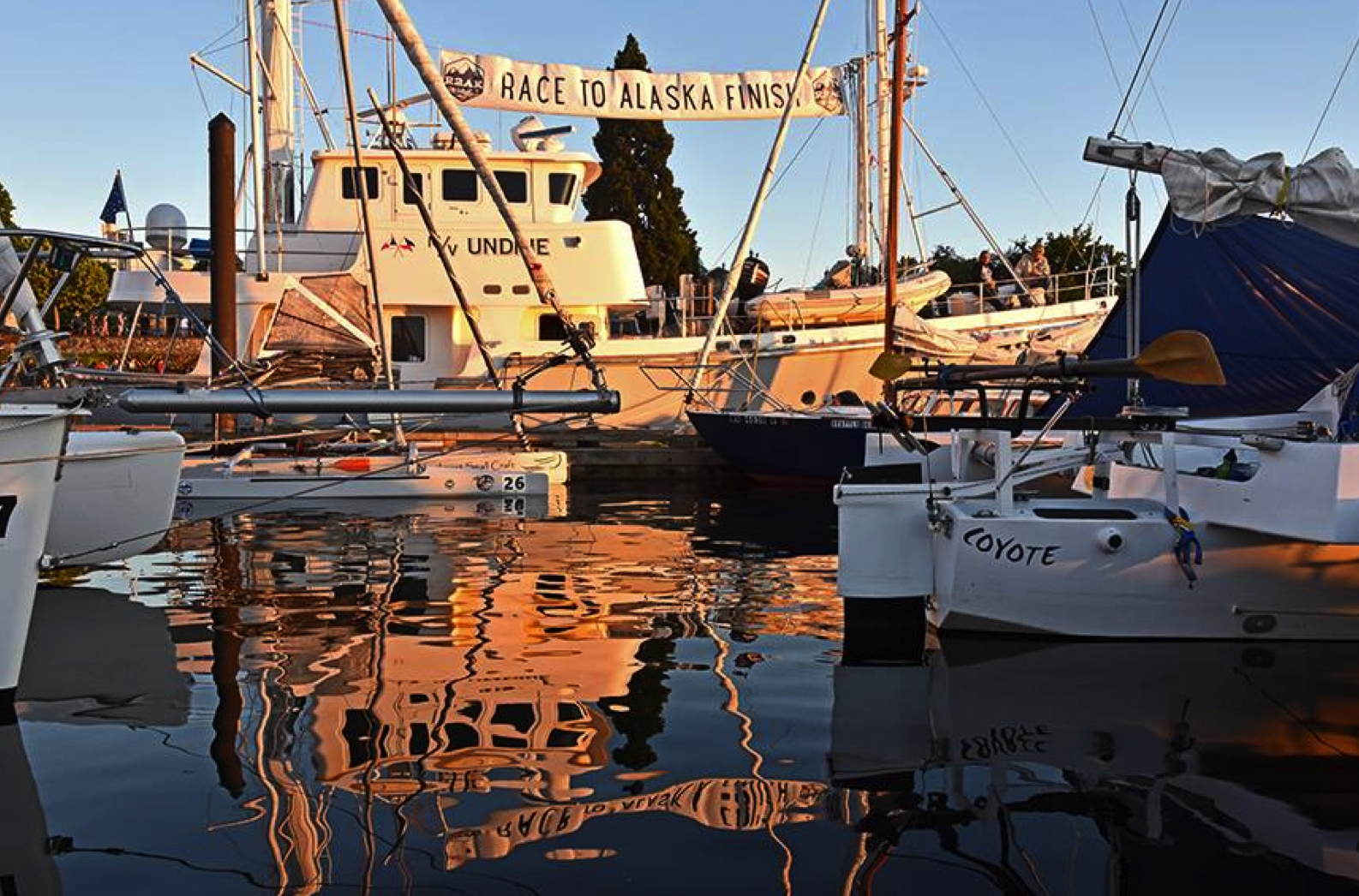 Having just started their second stage (Victoria to Ketchikan) in just their second year, the R2AK is already a huge success story and one of the world’s most oddball yet ultra-interesting races.  Be sure to check in tomorrow night for the next Sailing Anarchy Podcast with nearly two hours of chat and interviews with the race founder and two leading skippers (one of which has just dropped out), but in the meantime, here’s how to catch up:

Facebook is the event’s clearing house for updates and media content, but each day’s highlight reel – and these are funny, clever, and easily digestible – is over here. The event’s photo gallery is here.
Here’s 42 minutes of Randy’s Mad Dog team shooting ‘as live’ Facebook video from the Victoria start yesterday; currently they’re crushing the fleet in their M32 cat – see here on the tracker.
And if you don’t get the title reference, get out from under that rock!
Here’s an on-water report from SA’er ‘Christian Nally’:
What a thrill for us Gulf Islanders to watch R2AK come through our ‘hood.
We were on the BC Ferries trip back home to Galiano Island, leapfrogging with Bad Kitty (a local favorite, raced against them in Swiftsure) and a few others nearby. When we got home our little island location gave us a great view as they squeezed through Active Pass. It was cool to watch a gybing duel between BK and SFJK, 9 hours after their start. 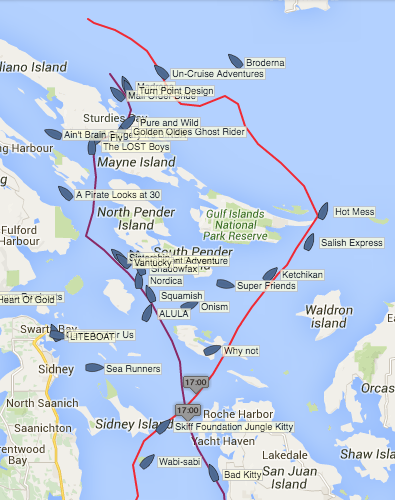 One choice that boats had to make was whether to go out around Saturna or come up through the pass. Much depends on what the currents will be when you get there (in a way that’s amplified by our local geography in ways that few other races will ever experience!). Turns out based on our arm-chair analysis, it was 6 of one, 1/2 dozen of the other, as the split fleet appears to have interleaved back together after the split. (The attached tracker grab appears to show that, by my first order estimates.)
We’re also cheering for Dr. Janice Mason on one of the all female crews (Sistership) because she used to be from Galiano Island.
It’s so great that so far this year is light air compared to last year’s blow hard race. This really mixes it up with regard to which boats are optimized for and that’s a great boost to the future of this race. The variety of the boats is also a big thrill for us, as we get to armchair quarterback about this advantage or that disadvantage.
Of course no coverage would be complete without reference to the brass ones associated with trying this on a paddleboard.