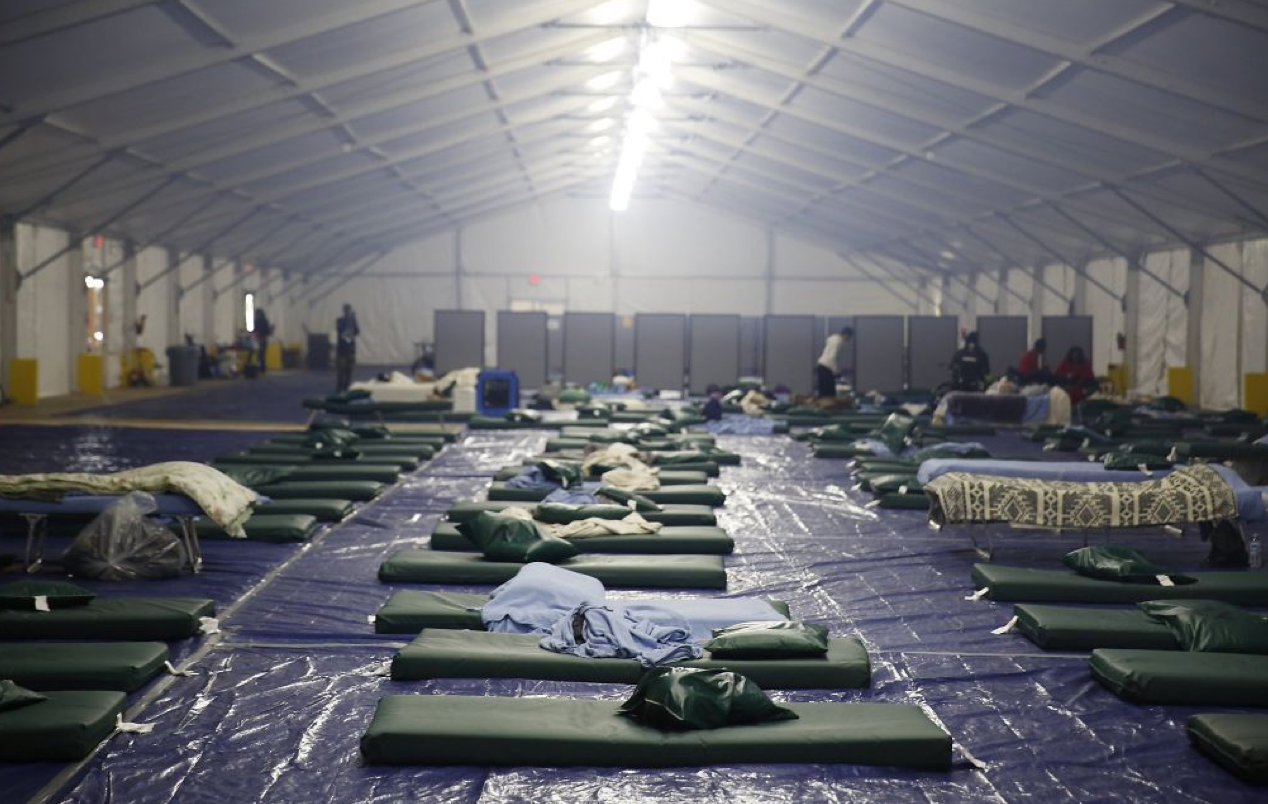 In perhaps the most ironic piece of America’s Cup news in the history of the billionaire-attracting silver bauble, Oracle Team USA’s former base on Pier 80 in San Francisco has been turned into a massive shelter for the homeless.  If you’re homeless in Bermuda and Oracle stays true to form, just sit tight: You might just get an awesome, free new oceanfront address in just 15 months’ time! Here’s more, from KQED’s story a couple of months ago:

I had to backtrack to Illinois Street to find the shelter, a cavernous warehouse once occupied by billionaire Larry Ellison’s America’s Cup yacht-racing team that now serves as a refuge for some of the city’s most destitute residents.
Located in a desolate part of the city’s southeast waterfront, the facility is surrounded by chainlink fences topped by razor wire and acres of empty asphalt crisscrossed by defunct railroad tracks. Just outside the fence, a man lies behind some bushes, apparently searching for a vein.
Initially designated by the city as a temporary shelter from expected El Niño rains, Pier 80 has been pressed into service as a destination for some of those recently forced to disband tent camps in the South of Market and Mission districts. The center has grown from 100 to 120 to 150 and now to 180 “beds” — foam mats laid in rows on the floor of a giant tent inside the warehouse.