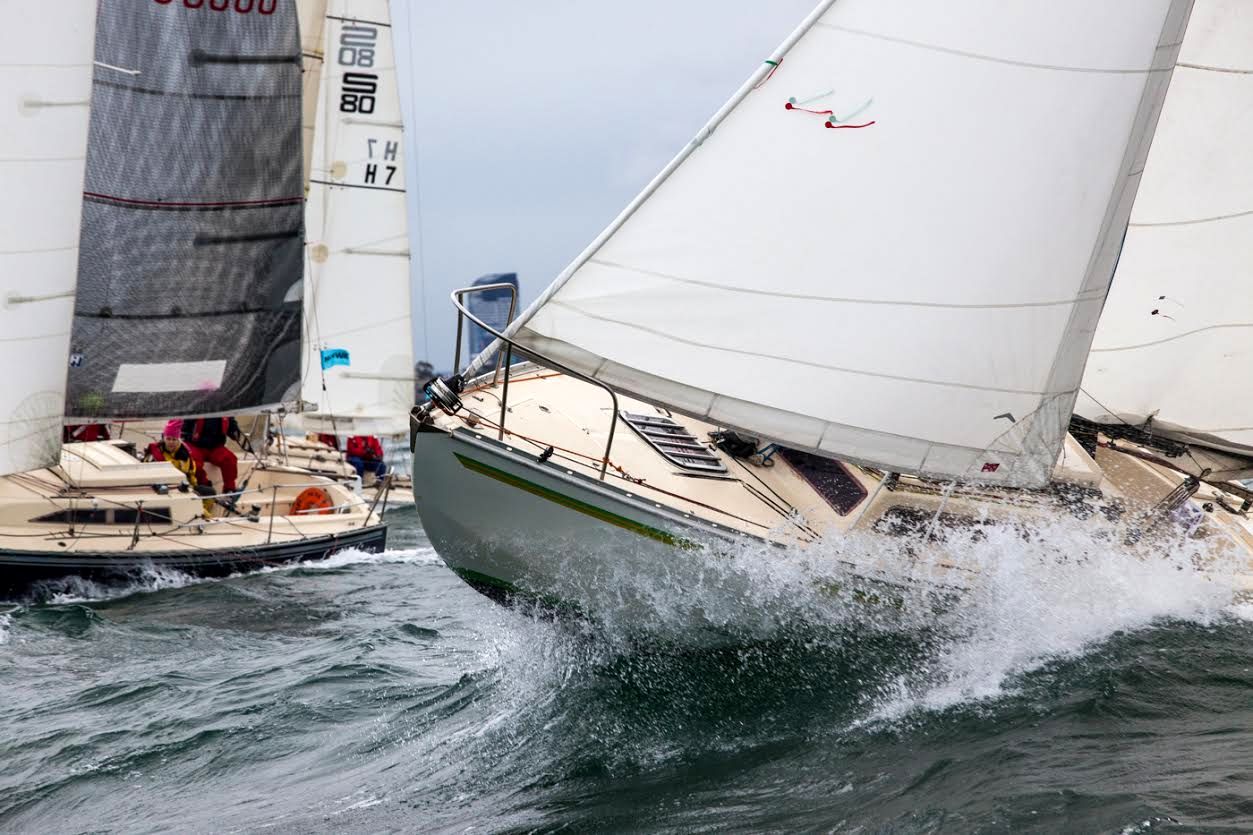 26 boats hit the water for the 26th year of the Australian Women’s Keelboat Regatta today, 11th June 2016, for their first day of racing. In typical Melbourne fashion each competitor prepared by gearing up like the Michelin Man so as not to freeze from the prevailing winter winds. For the handful of competitors who fell overboard this merely provided an added layer of buoyancy.

Despite half the fleet being unable to move in a humanly manor racing began with the intention to complete three races in lieu of tomorrow’s predicted light winds. Race management were optimistically hedging their bets that an incorrect prediction had been made which occurs more often than not in Melbourne. Strangely, the Melbourne weather predicted did eventuate and only two races were completed as a strong 35 knot front came through.

Two divisions, multiple classes and seven represented states comprised the overall pool of competitors, some of whom have never sailed Keelboats before. It’s pretty clear the AWKR is achieving their vision of being able to provide opportunities for all women to explore, participate in and thrive at in competitive Keelboat sailing.