tough at the top 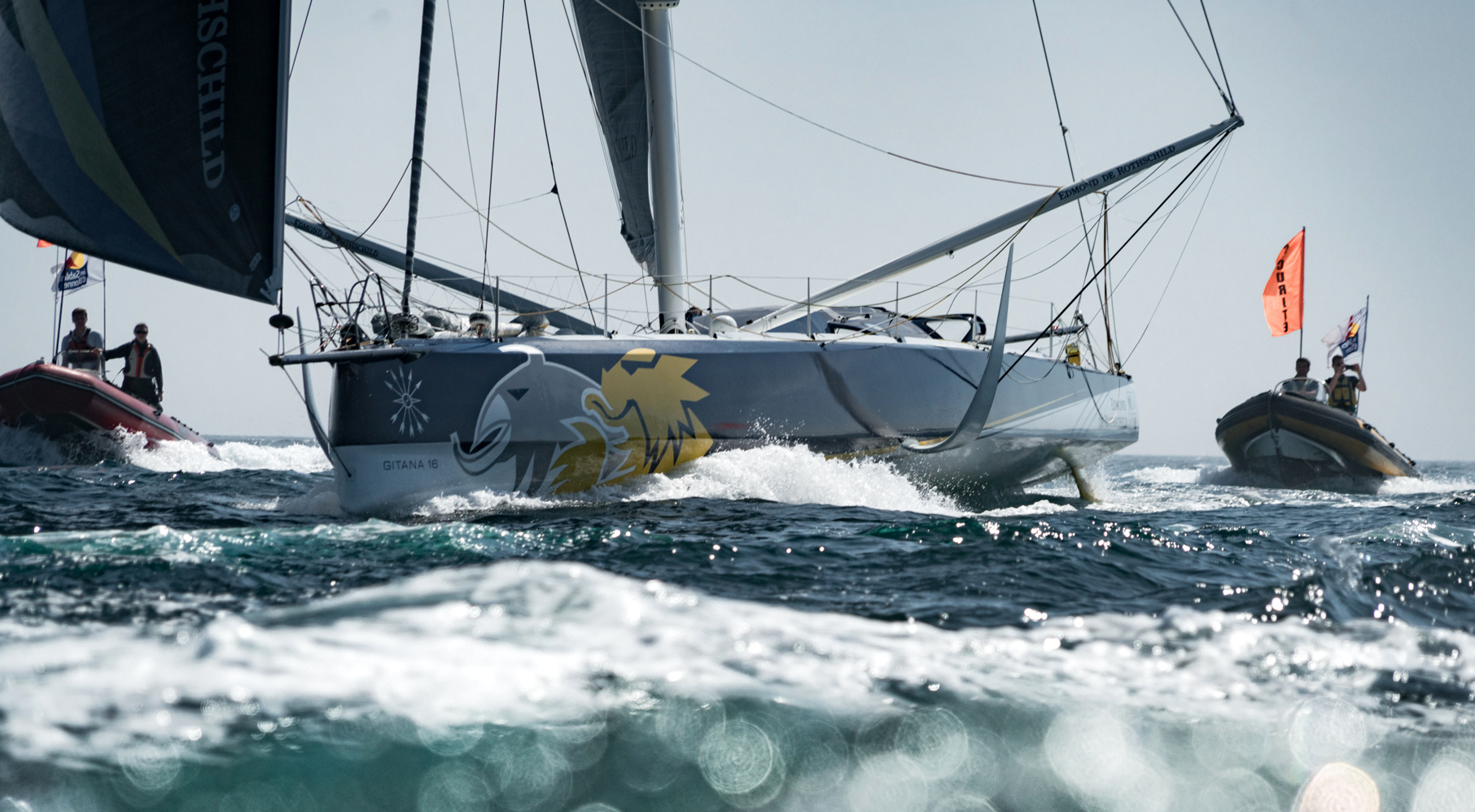 Despite the fickle conditions in the final stages of the race it was French sailor Jérémie Beyou who racked up a win on his IMOCA 60 Maître Coq in the inaugural New York-Vendée race. Beyou is a two-time winner of the Solitaire du Figaro, one of Europe’s most challenging sailing events. He also won the double-handed Transat Jacques Vabre with Jean-Pierre Dick so he is no slouch when it comes to winning major races, but for this one Beyou was handed a bit of a bone. He was trailing Alex Thomson on Hugo Boss when a problem with Thomson’s auto-pilot led to a crash gybe in the night. The gybe and ensuing mess set Hugo Boss back 80 miles and allowed Maître Coq to grab the lead. All is fair in the world of offshore ocean racing and as the say, “stuff happens.”
Thomson aboard Hugo Boss led for most of the race through the rough early stages when he reported wind speeds approaching close to fifty knots. Until the crash gybe Hugo Boss looked to be in a good position for victory but after fixing his pilot and cleaning up the mess he had dropped to third behind Beyou on Maître Coq and Sébastien Josse aboard Edmond De Rothschild, pictured above. Despite a hard push in the final stages of the race he was unable to regain the top spot. With just 200 miles to go the wind turned light and Thomson seemed to be back in the hunt, or as he put in in a short video, “there is less than 20 miles in it between me, Jérémie and Séb and so I am still in the hunt, but even if I’m not I am still hunting.”
Despite the fickle conditions, Beyou on Maître Coq held onto the lead managing to hold off a last minute push by Sébastien Josse aboard Edmond De Rothschild who finished in second place just over two hours after Beyou and just over an hour ahead of Thomson. With the podium complete it was time to look at the rest of the fleet many of whom had to turn back in the early stages of the race after five boats collided with debris, all sustaining damage. The skipper who seems to have had the best come-back record is Vincent Riou on PRB who has slowly picked his way through the fleet and is now lying in fifth place with just over 200 miles to go at writing.
From a frenetic first half where many skippers saw boat speeds close to thirty knots, it must be a relief to be in the notoriously bad Bay of Biscay and finding light and fairly pleasant conditions. The next five boats are expected to finish before Friday. They currently have light headwinds.
– Brian Hancock.

it’s all french to us