We jumped ahead a bit in the SA Podcast timeline to stay timely with the World Match Racing Tour Newport stage (which began yesterday), and today’s two hours is with two of the leading lights in modern grand prix racing – both of them daily SA readers.
Sam Usher founded the UK-based production company Redhanded TV more than a decade ago, and in that time, he’s produced live and highlight video for the America’s Cup, the Volvo Ocean Race, the World Match Racing Tour, the GC32, and dozens more events.  Sam stands out not only for his willingness to hire the loudest voice in sailing as a talker, but for his disdain for ‘the old way’, a never-ending drive to push the boundaries of sailing coverage, and a belief that sailing is indeed a spectator sport if you just show it off right.  Sam is currently the Executive Producer of the WMRT’s coverage.
Hakan Svensson needs little introduction, but we’ll give it a try.  A passionate amateur yachtsman from the West Coast of Sweden, Svensson is a proper Viking.  He spent the first half of his career in the shipping industry and showed how to make B-to-B sponsorship work in the Volvo Ocean Race (Green Dragon, Puma), selling his company Berg Propulsion after the 2012 race.  A long time supporter of sailing at every level (including sponsorship of Freddy Loof and his London gold medal), Svensson wasn’t someone to lounge around and live on interest payments – he helped Goran Marstrom and Marstrom Composites settle a long running battle over the Marstrom 32 catamaran and then bought the design.  Svensson also bought the troubled World Match Racing Tour as a showcase for his new catamaran, but also to provide a much-needed pathway that could both identify the next young Glenn Ashby as well as to help mentor them along their way.
The Ian Roman/WMRT photo below shows our studio at the edge of the water in Copenhagen.  Not a bad office for the evening! 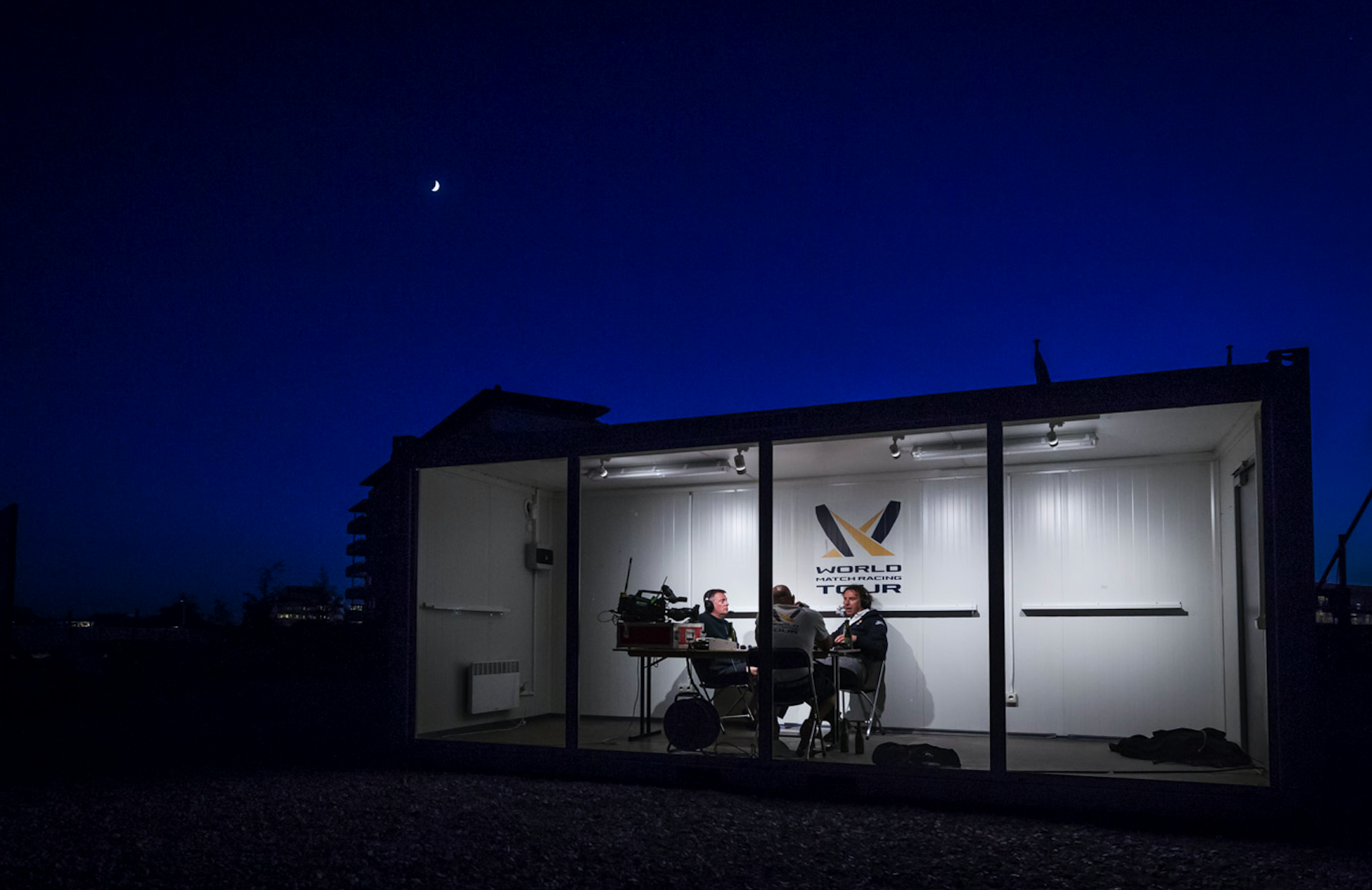