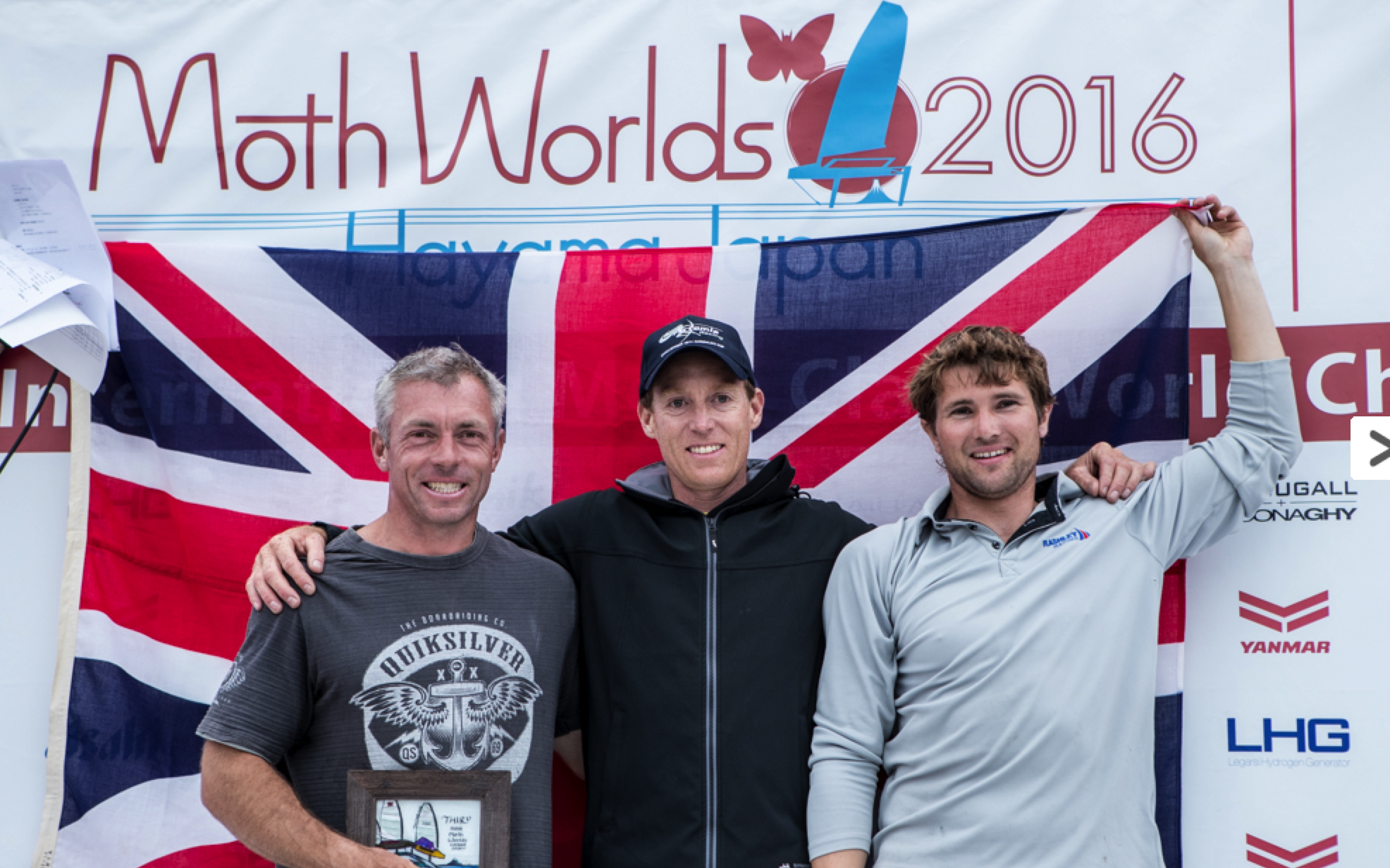 A mix of boat-breaking and ultra-light weather saw Laser superstar Paul Goodison take the 2016 Moth Worlds in Hayama Japan last week.  Goodie was helped out by a healthy dose of the much quicker Rob Greenhalgh (who took 6 bullets in 13 races) losing two races to gear failure and losing his big lead in the final race to an abandonment.  It ended Rob’s hard run to the top, with Chris Rashley finishing in second, three points off Paul.  It was the first time Brits have owned the Moth Worlds podium in the foiling era.

While it’s tough to judge without the top Mach 2 sailors on site, Britain’s Exocet moth took four of the top five spots, showing just how quickly the balance of power can shift when the Gulari/Outteridge/ETNZ/Burling technology machine is otherwise occupied and Amac’s busy making his Waszp take flight.

With the big distances involved and many of the top Mothies off doing their Olympic thang, the Hayama Worlds was the quietest in years, though Junichi Hirai took some gorgeous shots in the equally pretty bay.  Beau Outteridge finally came out of the creative hole he fell into during his AC daze, producing his best video in years on Day 2 here.