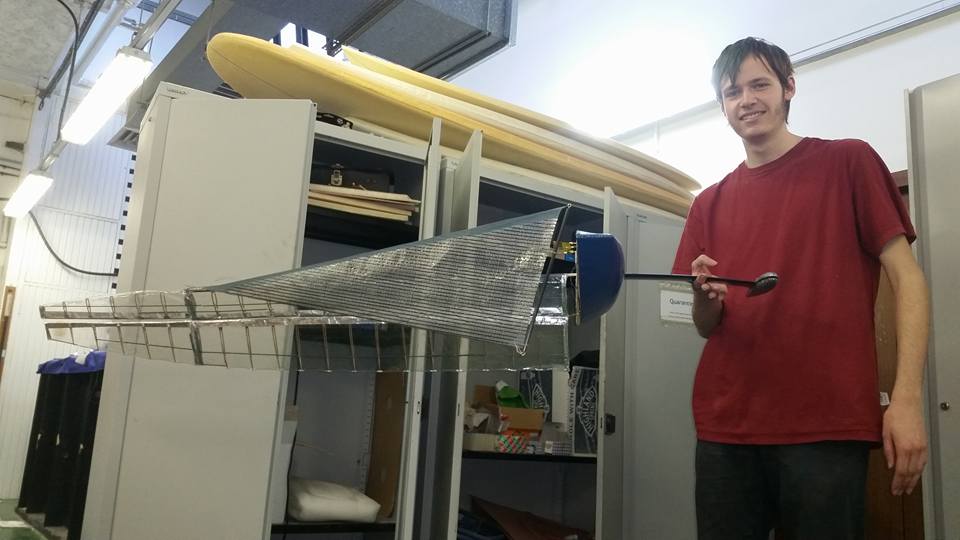 When longtime Anarchist and now world cruiser BJ Porter joined Sailing Anarchy, his son was probably too young to talk.  And now, a decade and a half later, Will Porter is now a Naval Architecture student and the author of one of the most interesting threads on the Sailing Anarchy Forums in some time.  We’ll feature a new post from Will’s thread “Southampton Solent University Model Yacht Competition” all week, beginning with this one:

My design was one of the most unusual in the race because it had a wing sail (which took an extra 100 hours to build). It also is one of the only that use modular construction (think structure module like Francis Lee) and 3D printed parts. In addition, my boat was the only one designed entirely in 3D using Rhino because we’re not supposed to learn how to use that software until year 2.
My idea for that was to make the boat sail better upwind as that’s where all the points in the races are. It worked very well, apparently combining a skinny monohull with a wing gives good pointing ability. My boat sailed almost into the wind, the first race I started on the leeward side of the start line and finished first to weather of all the other boats. When I was testing the boat I had problems with it sailing so high the jib would collapse but the boat would keep going in a straight line into the wind. I think most of the time the wing was doing all of the work. You can see how high she was sailing in the photo below (relative to the ripples in the lake).