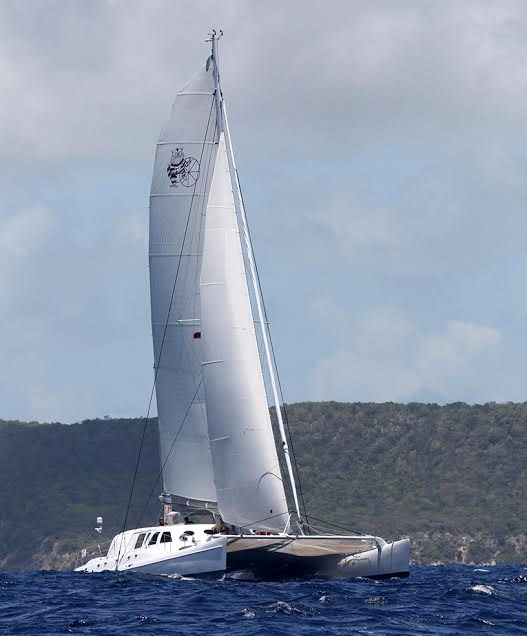 “Nothing like driving a house at 25 knots, jumping off waves…” is how one crew member described his first 24 hours on-board the 80’ Morelli designed catamaran, Fat Cat, in the Caribbean 1500 race in 2011 which they won.  Fat Cat, originally a Morelli 65 has been “tweaked”, if you can call it that, over the years as she has been stretched out twice from the original 65’ to the current 80’.  That makes designing a new rig with only the original boat design specs a considerable challenge.  To add to the challenge, Fat Cat’s owner likes to sail fast and hard, and is rumored to insist on being the only one on the main sheet if they are flying a hull.

This was the starting point when it came time for a new rig this year.  The owner went to every top carbon spar supplier in the world for ideas and quotes as he wanted to maximize performance with the new rig.  He had worked with GMT in the past, but wanted to make sure he would get the best designed spar available for Fat Cat.  Gino Morelli, of Morelli & Melvin, came in to advise, but insisted the boat be pulled and formally weighed to begin calculations.

GMT’s bid using high modulus carbon to achieve the weight and stiffness goals won the job.  GMT’s head engineer & owner, David Schwartz has consulted closely with Morelli & Melvin in optimizing the rig design for the 80’ cat.  Commissioning and sea-trials are planned for the start of this season, and a full report will be following.

candle in the wind