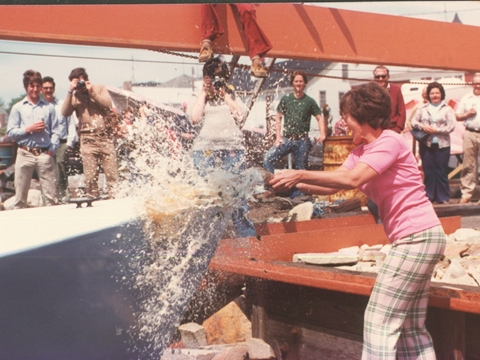 Many of our younger readers know J/Boats as the “establishment brand” of asymmetric racer/cruisers typified by the J/70, 80, 88, and 111 that dominate inshore one-design fleets and the 120, 122, 109, and 105 that typically make up somewhere around half of most handicap fleets.  But few of them realize that with the launching of the J/24 Ragtime, the Johnstones were the original Sailing Anarchists of the 70s.  Happy Anniversary to the J/24 – here’s a note from the celebration, with a title shout thanks to Sublime. 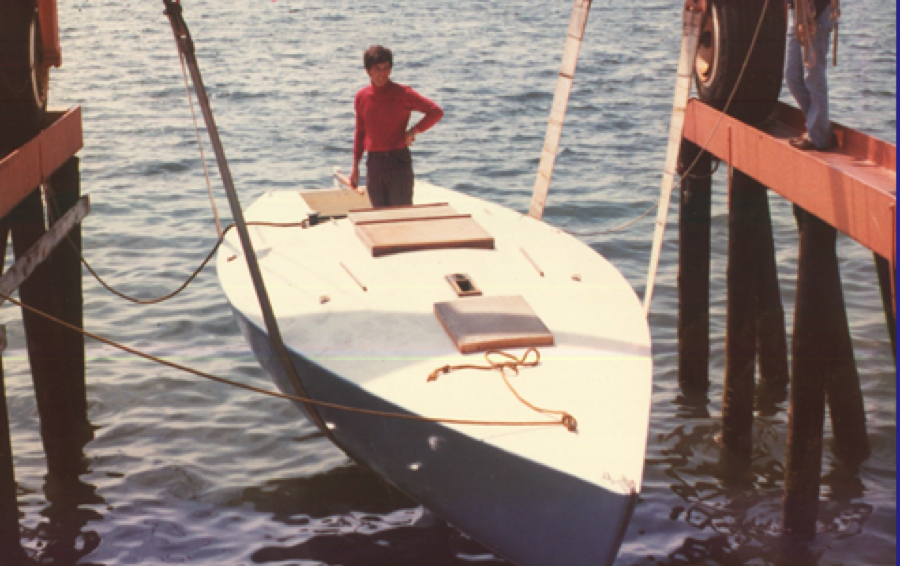 Family and friends gathered yesterday in Stonington, CT to commemorate the 40th anniversary of the launching of the 24’ sloop RAGTIME – Rod Johnstone’s garage-born, dream boat built by hand over a 17 month period, and launched on May 15th, 1976.  There were lots of stories shared as most who were gathered had helped either build, launch or sail RAGTIME during the memorable summer of ‘76.  After launching, RAGTIME and her family crew (mostly under the age of 16), would go on to win 15 of 17 races in Eastern Connecticut that summer and inspire enough people to want a sistership, that Rod quit his job, asked Everett Pearson to build them, his brother Bob to sell them, and the J/24 (and J/Boats) was born.