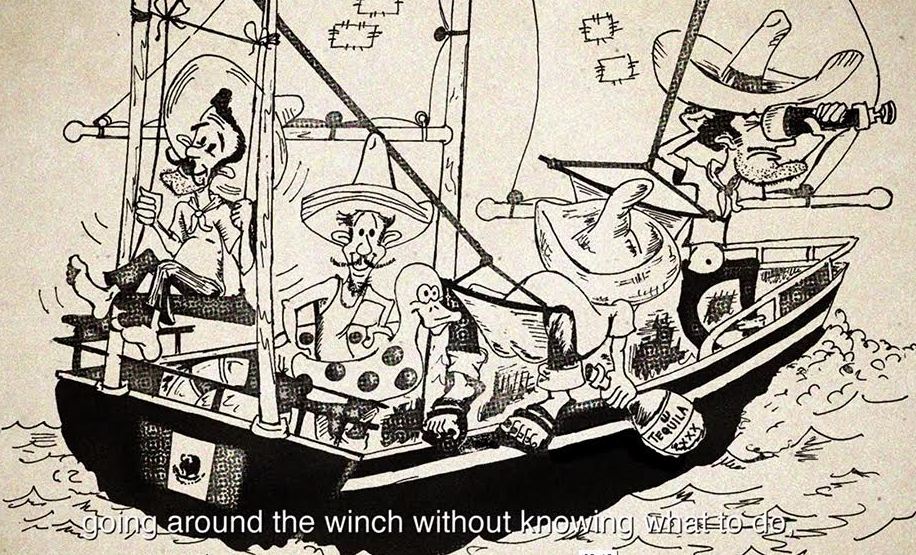 Brian Hancock pays respect to a legend of our sport.

Ramón Carlín died. That probably does not mean much if you are a new sailor just getting into the sport, but if you have been around the block a bit you will know the name. Carlín, a Mexican national, was the skipper of Sayula, the boat that won the first Whitbread Round the World race back in 1973/74. It was an upset victory by any measure. Carlín and his young amateur crew beat two of the best known skippers at the time; the legendary Eric Tabarly and British sailor Chay Blyth and his team of British paratroopers. For him it must have been a sweet victory. Prior to the race Carlín and his crew were mocked in the English media who portrayed them as lazy Mexicans with big sombreros who were completely unprepared for the challenge that lay ahead.

Carlín himself was just a weekend sailor with very little offshore experience. He had  started out as a door-to-door salesman pushing washing machines but turned things around starting a business that manufactured washing machines and other white goods and along the way amassed a fortune. Pushing fifty he was looking for new challenges and on a visit to see his son (whom he had sent to live in England after his son wanted to marry to his 14 year-old girlfriend) Carlín noticed an ad in a magazine for a sailing race around the world. He thought that, and doesn’t everyone, that a sailboat race around the world would be a good opportunity to teach his son some discipline and real life experience.
He bought a Swan 65, a state-of-the-art racing boat at that time, and assembled a crew that included not only his son but his wife and other family members. Among his crew was a Brit by the name of Butch Dalrymple-Smith a budding naval architect, and Keith Lorence, a sailmaker from Southern California. Dalrymple-Smith went on to become one of the best and most recognized yacht designers in the world and Lorrence was part of Watts Sails and turned it into a successful sailmaking business that later became Sobstad Sails. Keith currently works out of Mark Reynold’s Quantum San Diego loft.
Carlín named his yacht Sayula after the town where his wife was born and they showed up on the start line in England back in the day when many thought it impossible to have a boat race that went all the way around the world. He was up against not only Blyth and Tabarly, who was sailing a boat specially designed by the French government, but also by a team from the British navy that had been training for a year. There were 17 yacht in all and to the other competitors and the press a boat from Mexico seemed out of place on the start line.
Carlín was a quiet leader preferring to let those who could navigate the best do the navigating and those who could drive the best do the driving. When one of the crew was ill Carlín took their watch and when clothes were wet Carlín would pick them up and dry them. “The winning difference was my boat and that crew,” Carlín recounted later. “We had no time to train. My plan was to get to know the crew and teach them how to manage the boat during the first leg, but all of them turned out to be very good.” Sayula returned to England victorious and Carlín returned to Mexico to a presidential reception in Acapulco and went on to become Mexico’s most famous yachtsman.
A film was recently released about Ramón Carlín and his crew aboard Sayula. The film is called The Weekend Sailor and is narrated by Simon Le Bon who I raced alongside in the 1985/86 Whitbread. It is a historical documentary seen through the eyes of the crew and is a fascinating look at how a complete underdog emerged as the winner of an event that would go on to become the most prestigious ocean race in the world. Carlín was 92 when he died in Mexico City earlier this week.
Our dear friend Keith Lorence, one of the crewmembers of that victory has been touring the country introducing the film at various showings and offering commentary as well. It is worth seeing.