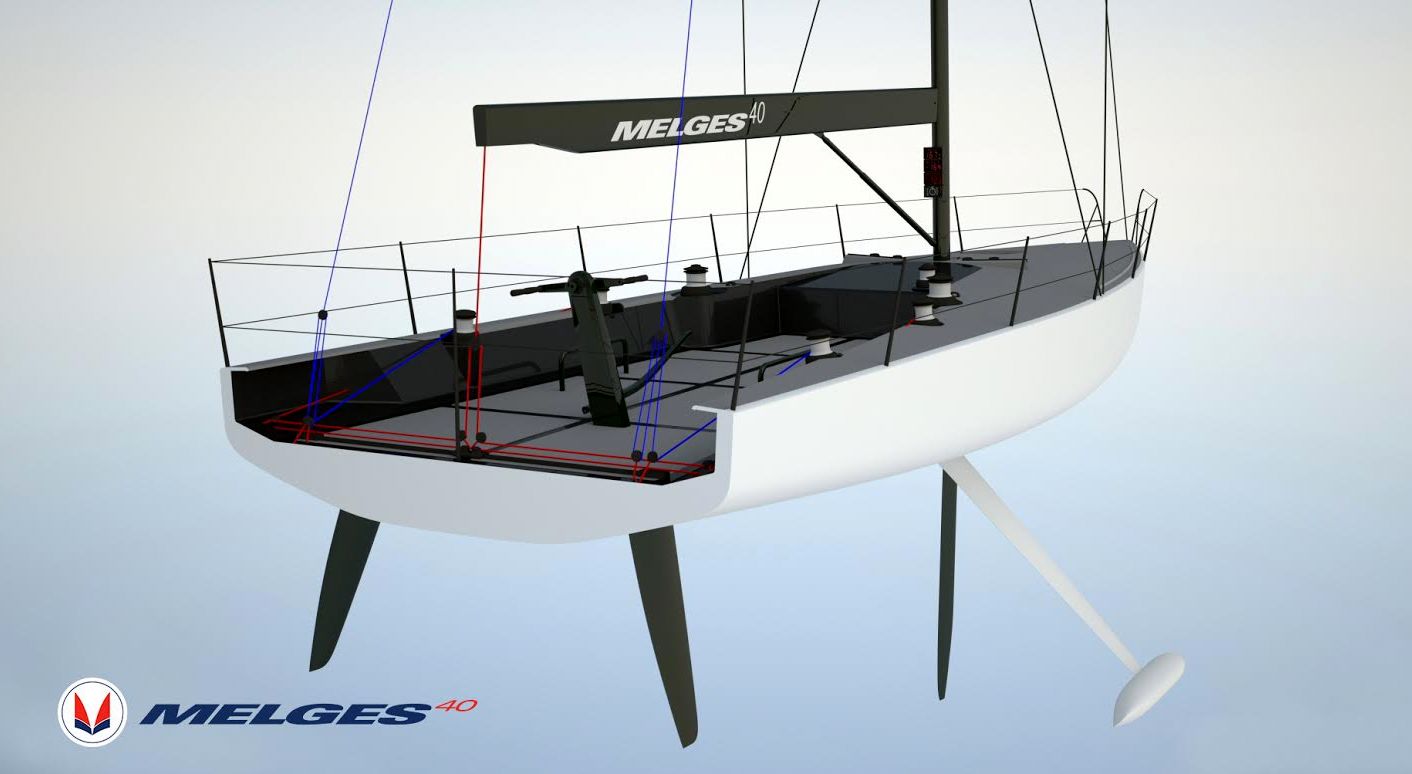 Since the birth of the Melges 24, boats from the Zenda, Wisconsin-based company have set the standard for the world’s grand prix sportboats. As the heavy, spinnaker-pole fleets began creeping inexorably toward their grand prix death, the Melges 32 showed them all that speed doesn’t have to be complicated.  And as racers downsized, the Melges 20 became the go-to choice for elite owner-driver racing.

The world has changed in the 11 years since the launch of the 32, and current and past owners have been working with Melges Europe President Federico Michetti for the past two years to develop ‘the next big thing’ in monohull racing.  The result?  The Botin-designed Melges 40 that’s been revealing itself, bit-by-bit, for the past 6 months, and that may be as fast as a TP52 downwind.

The concept is simple, and by now, quite familiar: An affordable, easily transportable boat that sets a new standard in performance for her size, a dedicated, logistics-supported circuit at some of the world’s best sailing and partying venues, and a builder (in PCT, Dubai) with the resources and reputation of building precise, strong, one-design carbon boats.  Think of the M40 as an RC44 that doesn’t look and sail like it’s from another century, or a GC32 for folks whose wives don’t want them to lose a limb. 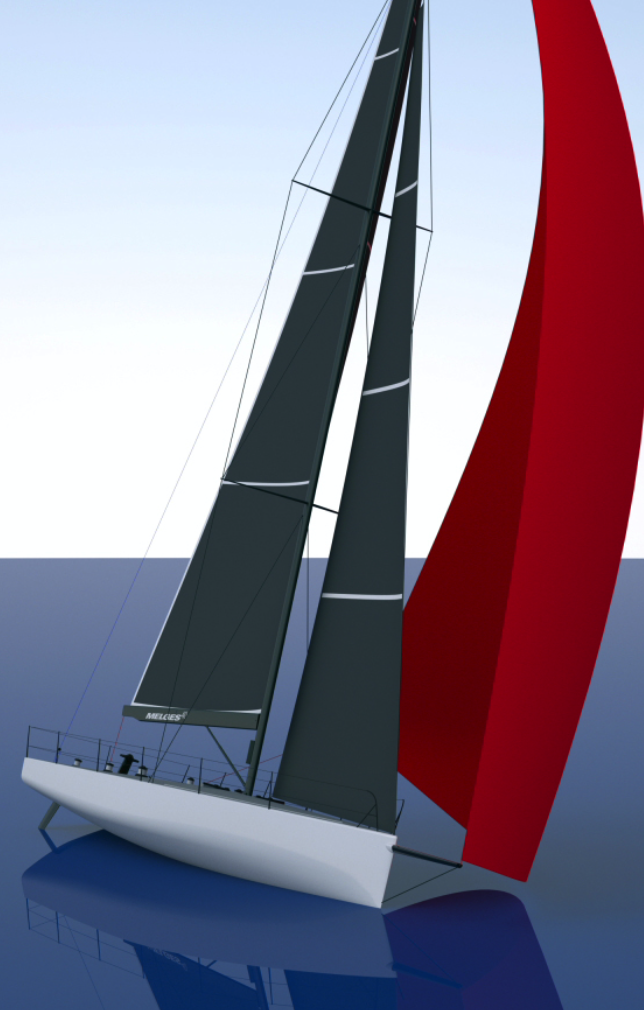 If you like bringing a two-team program with multiple coaches and performance analysts and a solid shore team to your events but you’re not looking to get into multi-million dollar design races, this boat is definitely for you.  If you love spending time with your pros and want them to be pushed almost as hard as you are, this boat is also for you.  If you love monohull one-design racing at the highest level, the 40 has the biggest shot of success of any recent design, and unlike the TP52, you won’t need to design and build a new one every other year for a chance at success.
But if you just like going fast as fuck in a boat that carries herself like a supermodel with a call-girl’s wink, the 40 might appeal too – especially if you love your coastal racing. If there’s one thing the Melges 24 and 32 have proved (including to our Ed and everyone in San Diego), it’s that these dedicated one-design boats from Melges absolutely slaughter in handicap trim – and they last.
Head over to the all-new Melges 40 Website and subscribe to their newsletter for up-to-the-minute news from the team.  Clean will be sitting with the prime mover behind this project for one of the first Sailing Anarchy Podcasts next week so if you have questions you’d like to hear Federico answer in a long-form interview to be conducted next week in Denmark, post them on the Melges 40 thread.
Title shout to a guy who wasn’t the biggest or the fastest, but definitely the baddest.

how can it not be?