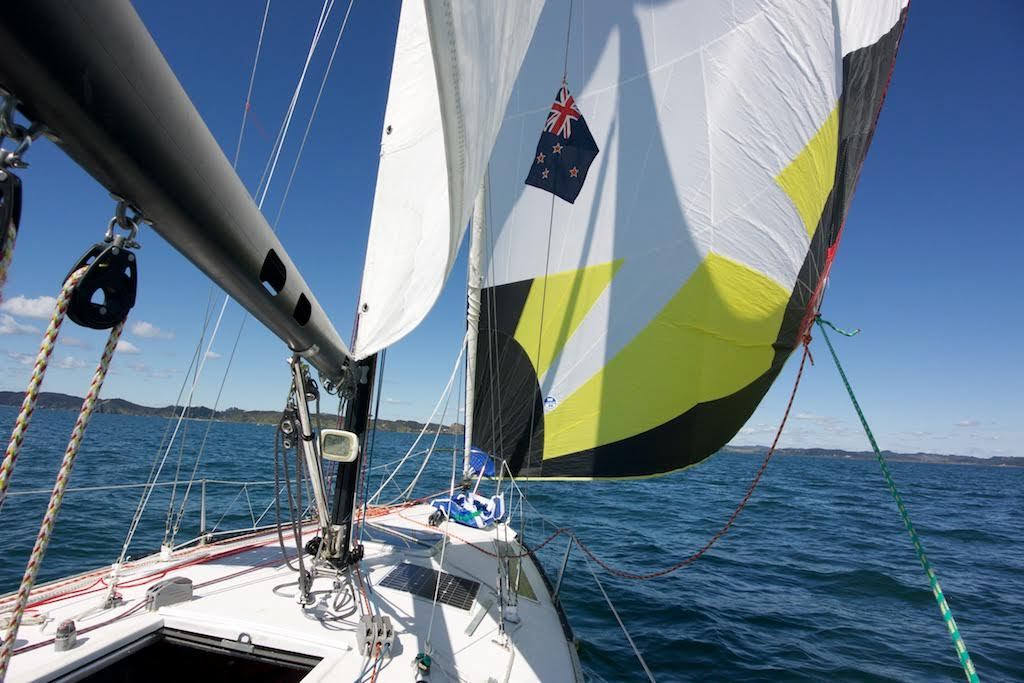 The Southern Hemisphere Moore 24 fleet, a.k.a. hull #40, GANNET, departed for Opua, New Zealand when the wind came up on Tuesday, April 26—Monday the 25th in the U.S—to resume what, time and chance permitting, will be her first circumnavigation and her owner’s sixth.
She is heading to South Africa via Australia, where her port of entry will be Bundaberg in southern Queensland. That Bundaberg is famous for a rum distillery is coincidental.
From Bundaberg, GANNET and Webb Chiles, 74, will make their way north to Cape York, probably first outside the Great Barrier Reef and then from Cairns inside. The sail from Cairns to Cape York is Webb Chiles’s favorite coastal sail in the world and he will be making it for the fourth time in a fourth different boat.
After Cape York, they will sail for Darwin; and from Darwin to South Africa, possibly non-stop, a passage of almost 6,000 miles; possibly with stops at Cocos and/or Mauritius. By the time they reach Durban or Port Richards they will have sailed more than 9,000 miles this year. If they are near Cape Town by December, 10,000 miles.
Over the more than four decades Webb Chiles has been sailing the world, he has seen the average cruising boat become ever larger. 45’ is now probably the norm. And the norm may be a catamaran.
Obviously GANNET is not a cruising boat and Webb Chiles is not a cruiser. If you would like to follow their progress the tracking page is here. Latest blog here. For more information click here. The passage logs will be published in the journal after arrival in port. When Webb Chiles sails, he enters what he calls the monastery of the sea and does not communicate with the land.

what's in a name?