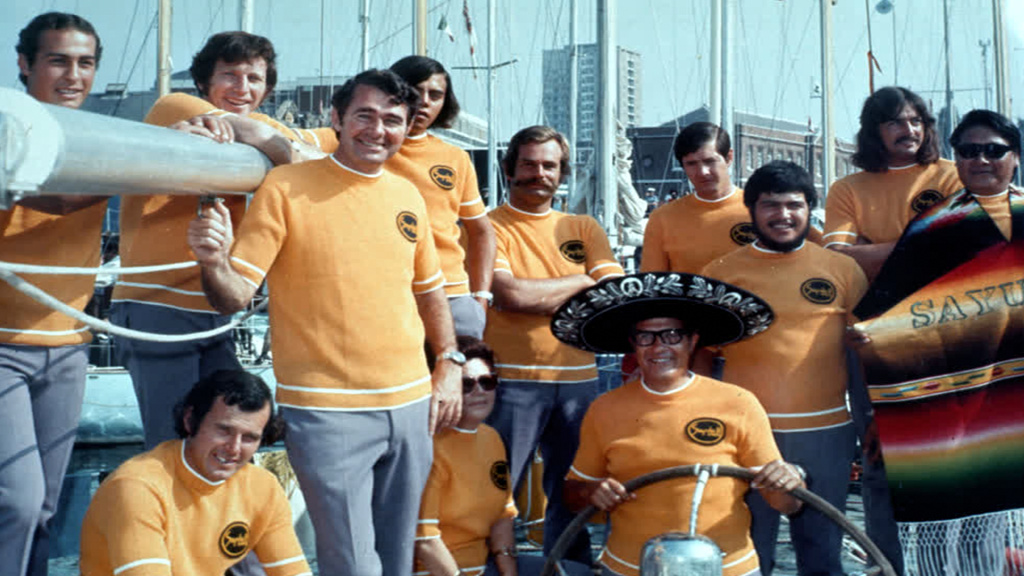 This coming Friday, April 22nd at 6PM, The Newport Beach Film Festival will feature Mexican film director Bernardo Arsuaga’s documentary of the 73-74 Whitbread Round the World Race. This is a brand new movie featuring never before seen footage from the inaugural Whitbread race, aboard the first winner
Sayula II. The “Weekend Sailor” won the directors award for best movie when it was premiered in the USA at the San Francisco Ocean Film festival last month. It garnered two standing ovations, rave reviews and comments from the sailors as one of the best sailing movies ever! This will be the second showing in the USA and should draw a good crowd. Not a movie you want to miss. Oh wait, some of you may have to do the Taco Derby.
– Keith Lorence, crewmember on Sayula during their epic win.