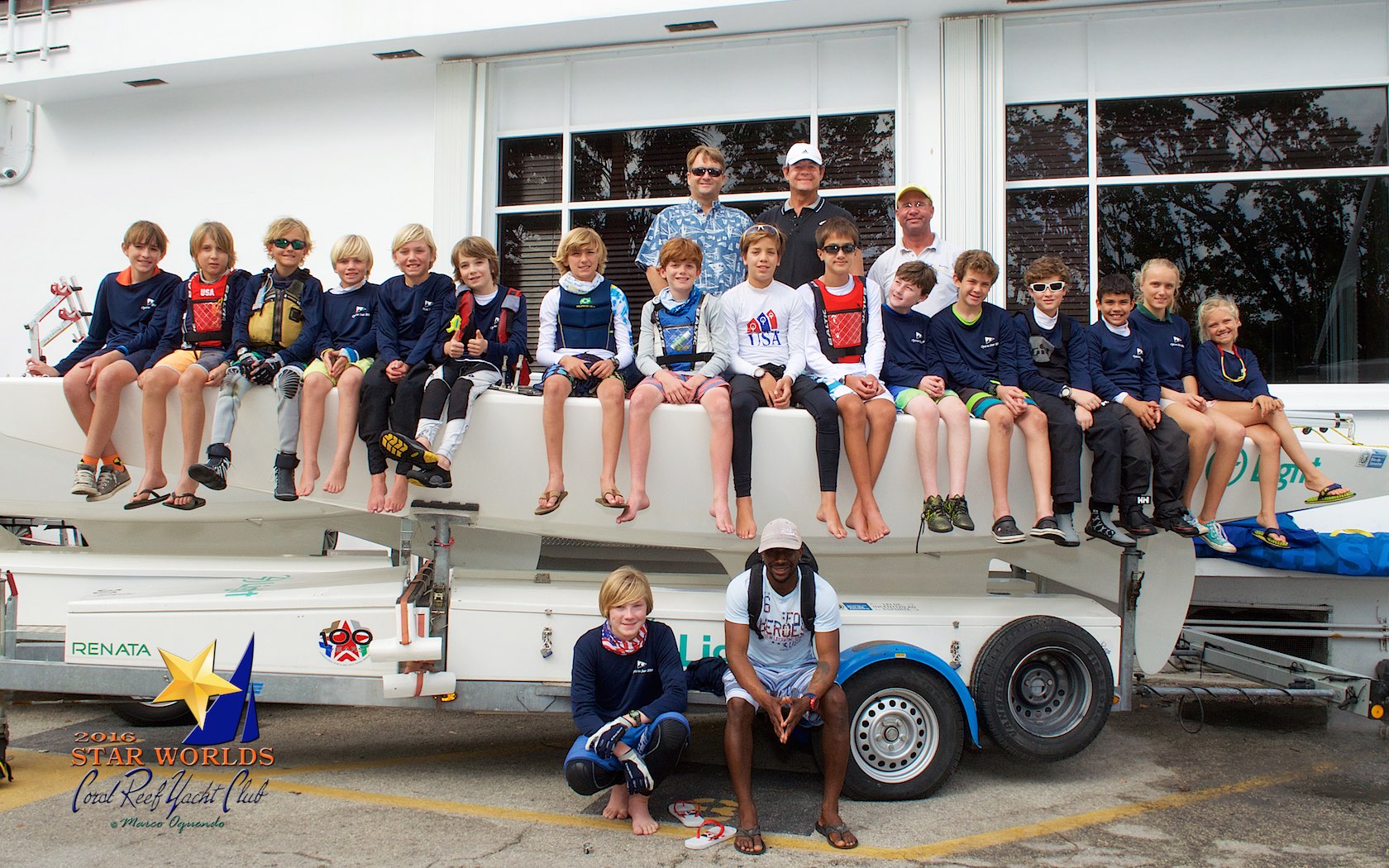 After being kicked out of the Olympics, our friends down at Coral Reef Yacht Club knew they didn’t have much time to act if they were going to save the area’s Star boat racing.  Series founder Stu Hebb shares the latest from the Star Winter Series. (and follow the Star Worlds, which starts any day now, over here.)

It was clear at the end of 2012 we were going to have a problem, with far more than just Olympians’ boats rapidly disappearing from the area.  So rather than watching our existing regattas die a slow death with the Bacardi trailing the trend by a year or two, we looked at ways to package the existing Star regattas and provide something special to keep everyone engaged, and maybe even bring in the next generation of Star sailor.
CRYC member, big boat racer, Opti mom, and Ironman athlete Kenia Roche is a financial advisor with EFG International, which has a good track record of sponsoring interesting regional and continental events, and she jumped aboard from the beginning as more than a sponsor, but a partner.  This allowed us to go from somewhere around 1950 to the 21st century almost immediately.  We moved to electronic registration and scoring thanks to Yachtscoring, we created a website and Facebook page and brought in Blocksail for all our imagery and PR/marketing work, we spent some money on advertising and logos and apparel and signage, and we worked with CRYC and locals to make sure everyone could keep their boat where they wanted and get easy info on housing, logistics, and whatever else anyone needed.  And then we kept at it even when we didn’t want to, and even when it looked like the series wouldn’t catch on.
The first event attracted 14 boats. This year’s final event, the Walker Cup attracted a record 43 boats, with more than 65 having sailed the full Series. That fed the Bacardi with 68 boats and now the Star Worlds has an 81-boat scratch sheet with a more international fleet than any other non-Olympic Class in the world.
We’ve spent a lot of time and energy trying to make sure we support younger Star sailors, and we’ve been lucky to have guys like Luke Lawrence and Josh Revkin and Thomas Hornos and a bunch of other young studs sailing in our events.  But we’re even happier to see even younger sailors getting excited about the Star.  That’s the pic you have above from Marco Oquendo – it’s the Coral Reef, last weekend, where 3 past Star World Champs – George Szabo, John MacCausland, and Lars Grael spoke with a group of enthusiastic Opti sailors about the Class, and took them on the boats to show them the many, many ropes.  They’re all sitting on Lars’ 2015 Worlds-winner Renata, which was crewed by Samuel Goncalves, one of the 4000 kids who learned to sail thanks to the Grael Project in Rio.  Now, those 4000 kids – many of them from impoverished favelas like Samuel – have a World Champion from their ranks).
We don’t think we changed the world, but we definitely saved a fleet, and we want the sailing community to know that there’s more to be excited about than just foiling cats and skiffs –  Star boats are making plenty of waves, too.These kids of efforts – especially with the really young and excited kids –  keep feeding the pipe for the next 50 years, and we salute these Star sailors, these kids, and the hundreds of sailors who’ve come to play with us in Biscayne Bay these past few years.  Come back soon.
-Stu Hebb
Star District 20 Fleet Captain 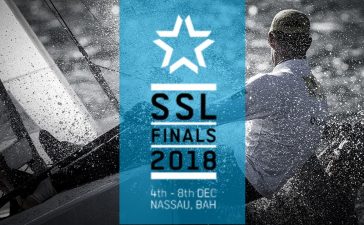 no portugal for you