back in the game? 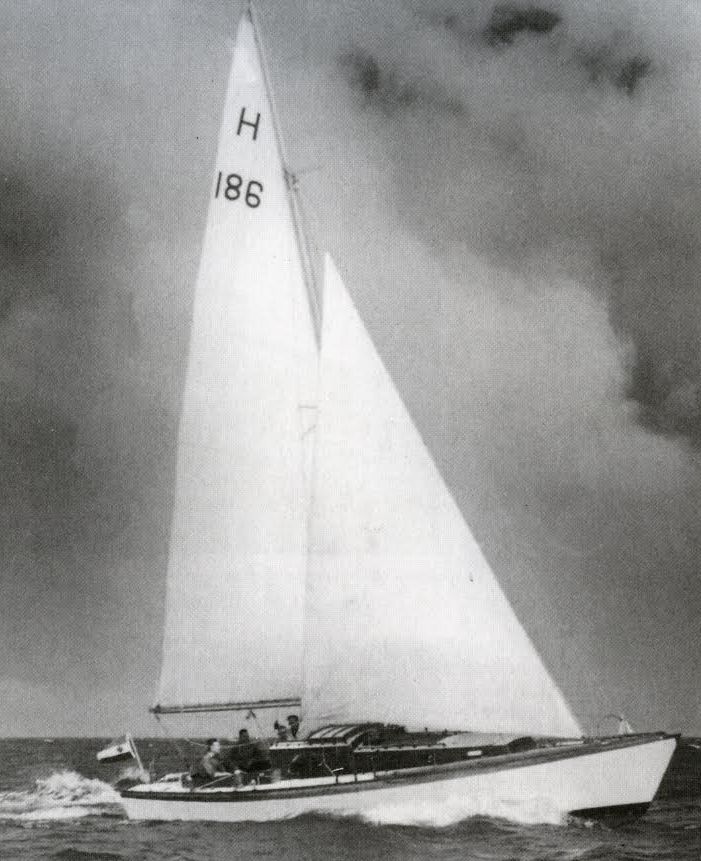 Former Fastnet winner ‘Zeevalk’ is currently placed on struts in a garden in California. The owner is looking for candidates to restore this famous Bruynzeel yacht. A small group of Bruynzeel Valken enthusiasts (www.valkenklasse.nl) is in search for expertise and funds to ship the Zeevalk and restore her in the Netherlands. After restoring  into former glory  the ship is intended to be exploited and re enter the Fastnet Race in 2018. Then it will become apparent how yacht building has developed over the last 60 years.

As distance for inspection is a barrier we are in search of local goodwill to inspect the ship thoroughly and take pictures on the basis of which a decision can be taken to definitely start this project. If you want to assist please contact us via email.

“Zeevalk was designed by the famous Dutch designer E.G. (Ricus) van de Stadt in 1949 for his friend and colleague, the developer of a new type of marine plywood, Kees Bruynzeel. The concept was revolutionary. With length overall at 12.50m, waterline 11.00m, displacement 5.5 tons, sail 52.40 m2, she was an uncompromising ocean racing yacht. She was the  first to be built in Bruynzeel’s new plywood, with a hard chine, fin keel with a hollow bulb containing a tiny engine, and a balanced rudder. Her lightweight construction and hull form meant she was capable of planing downwind.

In Bruynzeel’s ownership she won her class in the Fastnet Race in 1952 which brought her and her designer international recognition. To improve her handicap, a couple of feet were removed from her stern and a trim tab fitted to the after end of the fin keel which was fitted with a lead bulb. The trim tab was intended to be set to a small angle to produce lift and counter leeway. However its use imposed a massive speed penalty, and it was rarely used. She was brought onto the RNYC register in the early 1970s by Brian Cook and Norman Horsman. She had already been converted to a masthead rig. In their hands she underwent a major refit, which included the replacement of her steel floors and keelson. Zeevalk was raced successfully at Blyth and in the then popular NECRA series. Zeevalk was entered in the double handed Observer Round Britain race in 1974. Brian Cook was skipper, and John ‘Harry’ Harrison his crew. They came 17th. Shortly after this race, at Roker Regatta, a spreader

collapsed and she was dismasted. She was sold on to a Dutch owner in the late 1970s.”

fruits of their labor