Note: This is NOT an April Fool’s joke. 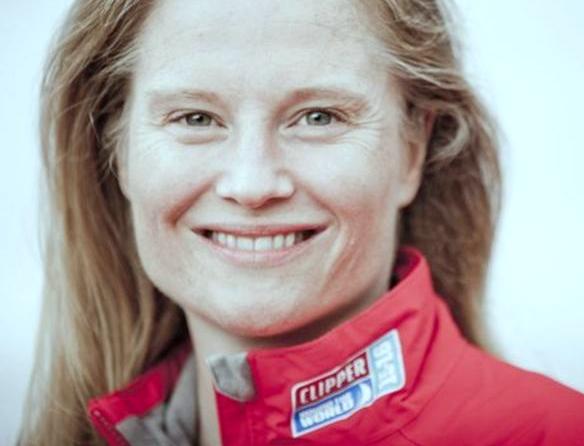 We are deeply saddened to report the death of crew member Sarah Young (40), a company owner from London. Sarah was one of the crew aboard the IchorCoal boat (CV21). Next of kin have been informed and all our thoughts are now with Sarah’s family, teammates, and loved ones on and off the race.
Skipper Darren Ladd reports that Sarah was tidying the cockpit after reefing the mainsail in 35 – 40 knots of wind, when she was knocked from her position by a wave. She fell back toward the guard wire and was swept under it by another wave at 1127 UTC (2227 local). She was not tethered onto the yacht at this time and was swept away in strong winds.
The boat immediately applied its man overboard drill but was hampered by the conditions and lack of direct visual. Her body was recovered on board using her AIS signal at 1244 UTC (2344 local), and although resuscitation was attempted and telephone assistance provided by the Praxes Medical Group Doctors, the Clipper Race’s remote telemedicine support service, she never regained consciousness. The cause of death is yet to be confirmed but is suspected as drowning or exposure. All other crew are reported safe and well and the team are working with Race Officials to evaluate the options on diversion or continuing to Seattle.
Thanks to the Clipper race – read on.

the battle of midway