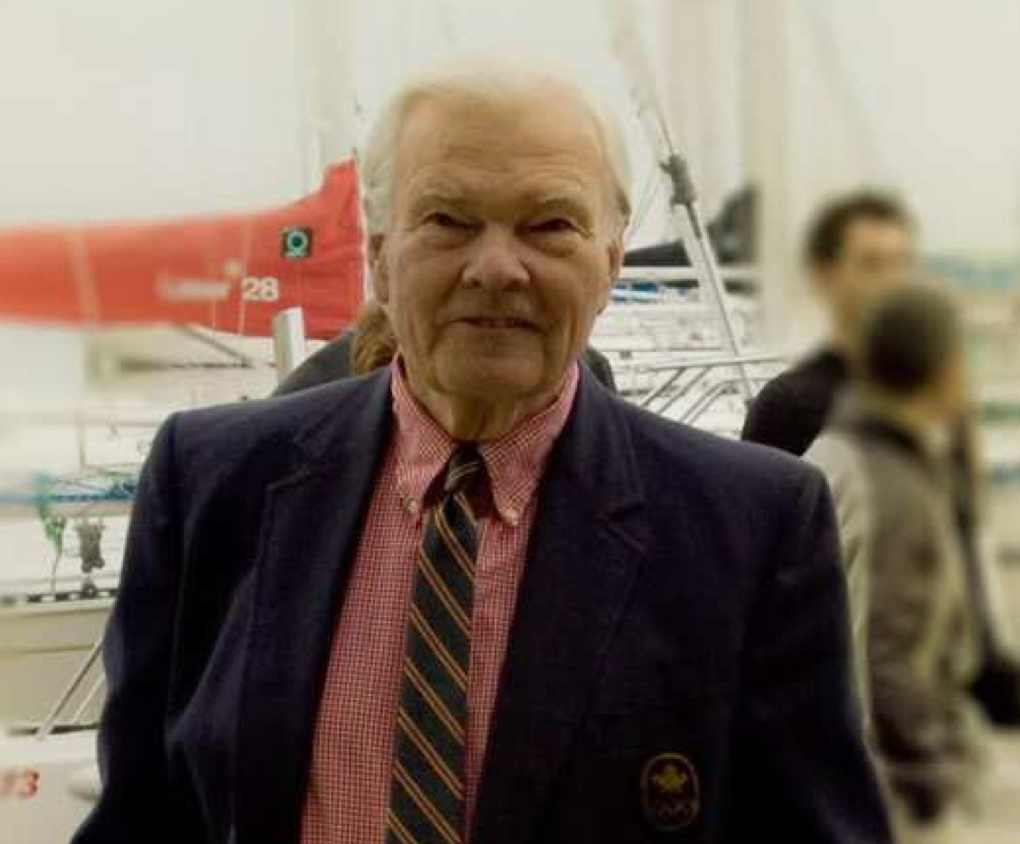 Best known for his part in bringing the most successful sailboat of all time (originally called the “Weekender”) to life, sailing has lost a friend this weekend with the passing of Ian Bruce.  Here’s more from Julian Bethwaite, as posted in the memorial thread.
Ian Bruce was one of the greatest Industrial Designer of our time and certainly of our sport.  He had a amazing life, born in London Jamaica, son of an heir to the Seagram’s (gin) empire.    Not sure when or why he moved to Montreal, but he became a fixture at the RStLYS.
There was a convenient gate cut in the fence between the 2 properties!
He and dad found each other at the Kiel Olympics, and the Tasar and the Laser II were the result.  I met him when I was about 18 in Sydney, doing the Laser II, he lived at our house for 6 months or more.  2 years later he invited me to Canada to do “real” industrial design; a very formative part of my education.
Turned 21 in Montreal, meet Takao Otani and travelled widely across Canada-USA all under Ian’s tutorage. I Remember well one night at his Allan Point house which flowed down into the lake, sitting in banana chairs, with a power cord snaking down the grass, plugged into a blender that Barbra (his wife) kept topped up with Pina-colada ingredients, as we solved the problems of the sailing worlds and watched the finches gorge themselves on insects that never quite made it to us.
20+ years on, only this time we were sitting in Edinburgh Scotland, same conversation, but it was Bellinis this time.   Nothing changes, and the issues still remain the same.
Ian was the first person to congratulate me, after the vote in Brighton, that put the 49er into the games, took me to the bar, and expounded some very well experienced advice!
The 29er would not be the boat it is, if it had not been for Ian.   I think it is fair to say, nor would have the Laser been.  Great set of lines, great rig, but you need a great Industrial Designer to make it happen to the extent that the Laser has, and I hope the 29er will be, Ian certainly has to be credited with a large amount of that credit (or burden depending on your POV)!
I will be for ever grateful of Ian’s clearness of thought, the influence he had on me.  Having my father’s technical expertise and empirical mantra plus Ian’s simplicity and ability to look 10 years down the track, I have been a very lucky boy.
I used to babysit his 2 daughters, Toby and Tracy who along with his grandchildren survive him.   Barbara died 10+ years ago, but Ian had a very close friend in the Bahamas, Lyne, so to all those my condolences.
Will really try to get to Montreal on the 7th May, for the wake, the least I can do!
The sport has lost a great man, a un-sung hero, wish I had made time for at least one more all night session, just for the passion of it!
Julian Bethwaite