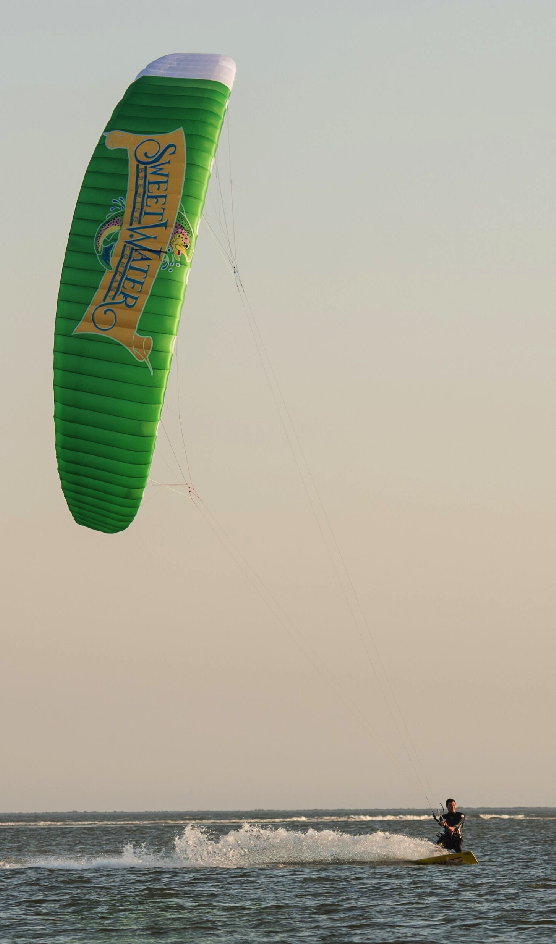 April in Charleston is one of the world’s sweetest sailing destinations, and as you may already know, it ain’t all about Charleston Race Week!  The weekend before the big event is a mess of racers who do not give a shit what your PHRF number is, or how many inches of prebend you carry in your stick – no, they’re all about speed, speed, and more speed (with some partying mixed in).
It’s the fourth running of the Charleston Fort 2 Battery, founded with the help of Sailing Anarchy in 2014 and already at over 80 racers in 2015, just its second year. For this race, if you can’t hit 20-plus in your boat, you may as well grab a camera and join hundreds of spectators who fill the harbor rain or shine. 4KSB’s need not apply.
Hardworking founder and anarchist Tim Fitzgerald pulled in some ‘sweet’ sponsors to fule the beach bonfire party – Sweetwater Brewing and Charleston Distillers are on board for the libations, as is Holy City Helicopters for the aerial shots.
Last year over 5000 people tuned in as Sailing Anarchy brought the race to you LIVE and you can see it again this year if you’ve got 20 minutes and an internet connection. It’s like no sailing you’ve ever seen before and it happens fast! There were high speed wrecks, a destroyed catamaran, some bruised moth pilots and PLENTY of wind.
The 2016 F2B also scores a ‘world first’ for any sailing sprint race – just like a marathon or Ironman, all competitors will be ‘chip-timed’ for perfect accuracy, so you’ll see the results the instant they cross the finish line.
On Fort 2 Battery weekend, James Island will become the first place to hold a mixed-foil regatta, when the moths and kites go head to head Friday on the slalom course, with course racing over the weekend. From local talk it sounds like many plan to spectate the 60mph closing speeds and 30mph NASCAR style wipeouts when some of the fastest sailors in the country go head to head with few rules. We don’t even know what to expect, but if racers decide to weaponize you could see mothies running over downed kiters, and kiters boosting to chop moth sails to bits with their foils. The possibilities are endless and you may be seeing the start of something new.
Register now!
Mac Dickson photo.