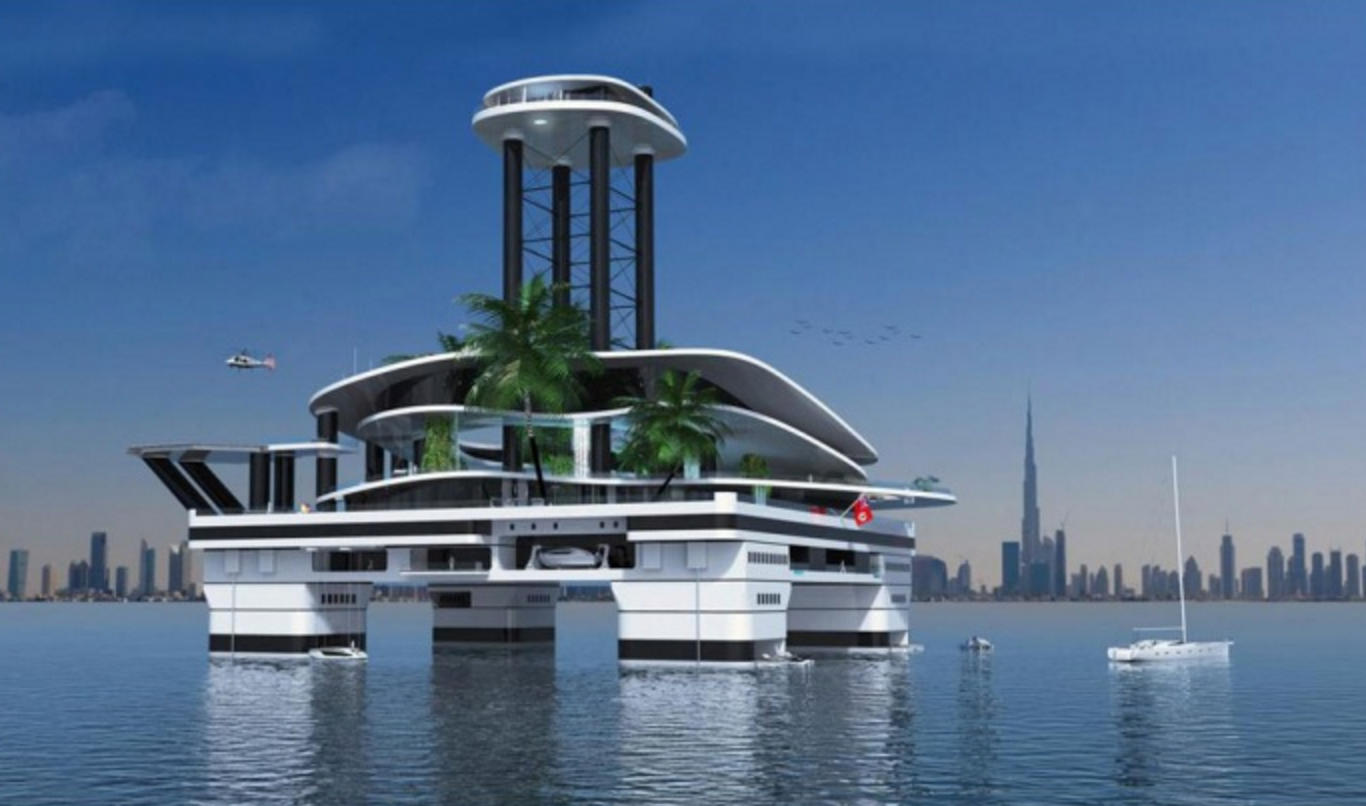 We reported a couple years back on the Migaloo, a vaporware submersible superyacht design that’s hard not to love.  No matter that it’s the size of a Virginia-class attack submarine or that it’s likely to cost 10 figures; how can you not love a 40-knot motorboat that’ll still do 20 knots a hundred feet below the surface?  No word yet on how many subs have been ordered, not that we’d expect to know more; if you ordered one, would you tell anyone?

But if a billion-dollar ultraluxury submarine ain’t enough for you, the Migaloo folks have got something new to play with.  And while it won’t do 40 knots, it’ll still move faster than the average sailboat – all while being an island.

While the sub mimics its military brethren, the island goes for more of the mobile drilling platform look, and of course it includes a helipad, pools, dry garages for all your toys, and most likely, a surface-to-air missile battery.  Again – wouldn’t you?

Title shout for those of you who need to pick up a good book by a guy who loved islands.  And for you poor proles who can only afford a plain old immobile island, here. 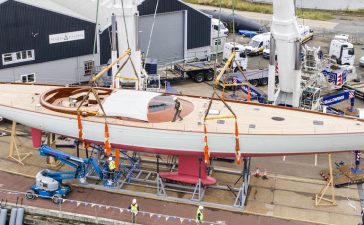 taking their talents to south beach

Gone but not Forgotten