doing what he loved

Brian Hancock takes a closer look at the mummy… 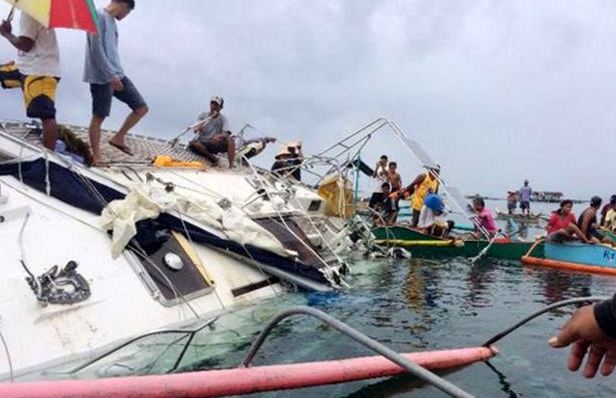 Things just keep getting stranger and stranger. Last week the hull of the IMOCA 60 Hugo Boss was discovered washed up on a stony beach in Tierra del Fuego after being abandoned a decade earlier and some 20,000 kilometers away. It was eerie to view pictures of the boat and to think what it must have gone through out on the  open ocean. But this latest story takes weird one step deeper into weirdness.

This past weekend two fishermen found an abandoned boat in the seas off Surigao del Sur province which is about 50 miles off the Philippines. Inside, sitting at the navigation station was the yacht’s skipper, dead but preserved in a mummified state by the salty air, dry ocean winds and warm temperatures. It appears as if the man was trying to place a call when he died.
The fishermen found some paperwork on the boat and identified the person as Manfred Fritz Bajorat, a German sailor who was last heard from in 2009. The 40- foot boat named Sayo was last seen in Mallorca, but after that there does not seem to be any trace of Mr Bajorat although he must have sailed the boat quite a distance. It’s probably 12,000 odd miles from Mallorca to the Philippines.

In 2008 he apparently broke up with his wife and then took off on a sailing trip never to return. People on the scene speculate that he might have suffered a heart attack, but to be honest this whole story is beyond weird. Anyone who has ventured offshore will know that it’s impossible to remain sitting at a navigation station, or elsewhere on the boat for that matter, for any length of time before a wave sends you flying. Add to that the boat was found half submerged and listing heavily to port in fact photos show the boat at a 40-45 degree angle. The nav station was on the starboard side and at a 45 degree list even without any wave action I am not sure how you remain in your seat, dead or alive. How Mr Bajorat was able to stay in the same place for what has to be many months if not many years is a little odd, at least it is to me.

Well on the bright side (if there is one) he died doing something he liked/loved, so that’s a plus.

steer your own boat