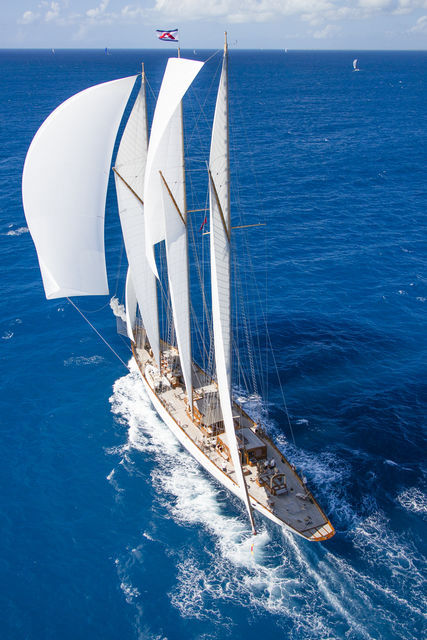 It only takes a quick look at Adix to see that she is one of the most beautiful classic yachts in the world – what you don’t see is the massive performance upgrade by Southern Spars, hidden in her new masts and rigging.

The Adix’s old rigs weighed in at a whopping 15 tons. Her new masts and ECsix rigging, slotted in at the Pendennis yard last year, weighing just 9.5 tons, that’s saving 36% of the rig weight. She also got a new carbon bowsprit, replacing the old steel one

Southern Spars went to great lengths to make sure the new package was in keeping with the 178-foot yacht’s styling. The masts, booms and spreaders were given a custom finish to replicate that of wood, and the spreader ends were constructed so that traditional methods of fastening the rigging could be used. The lashing adjustments on the diagonal stays are the same system as used 500 years ago by Sir Francis Drake 500.

The upgrades have made a significant improvement to Adix’s performance, particularly when tacking, which is typically an area of weakness for gaff-rigged classics. The turbo-charged classic is currently competing in the Caribbean 600, lying second to another Southern Spars yacht in the Superyacht division, the newly launched Baltic JV 115 Nikata. More here.