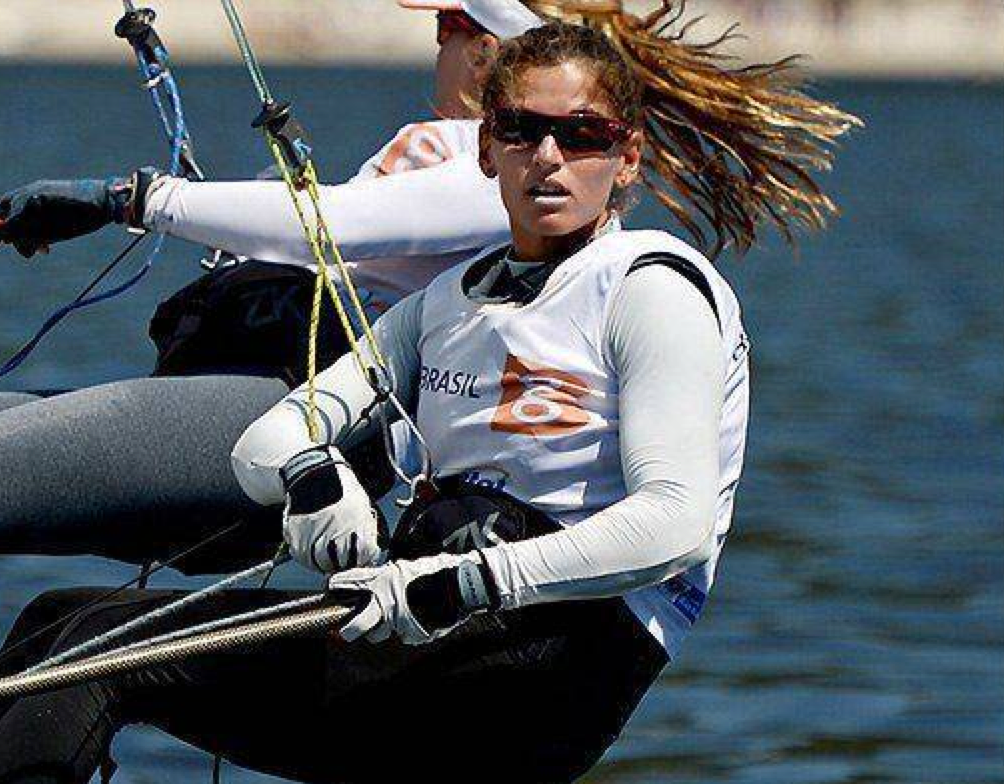 The Grael family is as close to sailing royalty as exists in South America, so people listen when they speak.  So when millions of people hear her Gold favorite Martine Grael talking pollution on ESPN’s Outside The Lines, they’ll listen – even if Zika and the economy have taken some of the spotlight off the continually shocking pollution problems.  From the transcript:
In August, barriers installed across more than a dozen of Rio’s dying rivers will hold back garbage that otherwise might drift into the paths of Olympic sailors. A fleet of boats will patrol to keep debris from snagging on a rudder or centerboard and costing someone a medal. Some of the untreated human waste that has long fouled Rio’s beaches and docks and picturesque lagoon will be diverted from competitive venues so the athletes who have to navigate them need not worry.
This is what has been promised, anyway. This is the latest stopgap wave of promises made when it was clear the first wave wouldn’t be kept.
A brilliant, lowering sun silhouettes the irregular profile of the mountains behind Martine Grael as she stands on a beach strewn with sailboats after a day of racing at an international regatta on Guanabara Bay and voices her doubts. Grael, 25, is a newly minted member of the 2016 Brazilian Olympic team, the daughter of a gold medalist, a true child of these waters. She speaks with the sad conviction of someone watching a loved one suffer.
“It’s very clear that water treatment and education are the biggest focus on cleaning the water, and I haven’t seen almost anything being done in that way,” Grael says. “I think Rio has a very big coastline and people love to go to the beach, but nobody seems to care that the beach is getting dirtier and dirtier.
“The water’s still dirty and it stinks some days, and, I don’t know. You don’t need to study a lot to understand that it’s not going well.”
Read the most comprehensive story on Rio pollution yet here, or Watch the full video here.

it’s a tough world out there