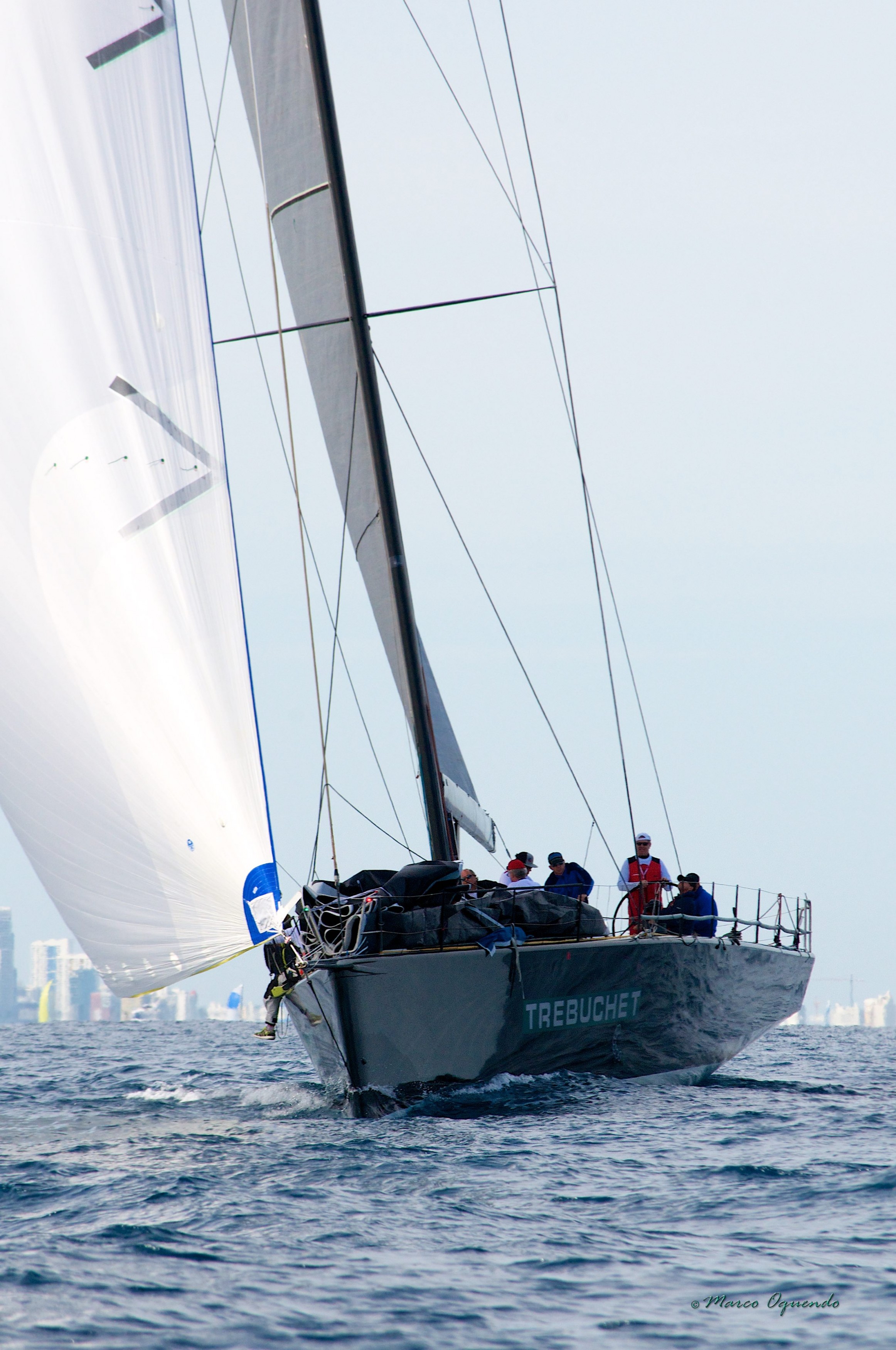 Race Chairman Chris Woolsey gets personal as he heads to Cuba to welcome in the Miami-Havana Race fleet. Marco Oquendo photo of the line honors winner Trebuchet with a bunch more on SORC Facebook. From the race thread.
Okay, after many months of preparation and 24/7 phone calls and emails, arguing with PayPal, various government agencies, and so on, SORC’s Miami to Havana Race finally came to fruition today.  The last few months have been an exercise in not giving up when hearing the word “no”.  I have not heard the word “no” as often as I have in the past year since I stopped frequenting singles bars.  Fortunately, I can be pretty stubborn. Even more fortunately, there was a small army of volunteers, boosters, and problem solvers helping to make it all happen.
Last night’s party was epic, gathering a crowd at Coral Reef Yacht Club as large as any that I have seen there for any offshore race I have ever seen, and I did my first race there over 40 years ago.  We wanted to have a send off party with a distinctly Cuban beat, for which a couple of SORC volunteers literally walked Calle Ocho on a weekend evening until they heard the right sound, and voila!, a four piece band for the party.  The check in process went relatively smoothly, as did the skippers meeting, though we did run out of apparel at the end of the night, something we may remedy with a bit more merchandise and an online store. 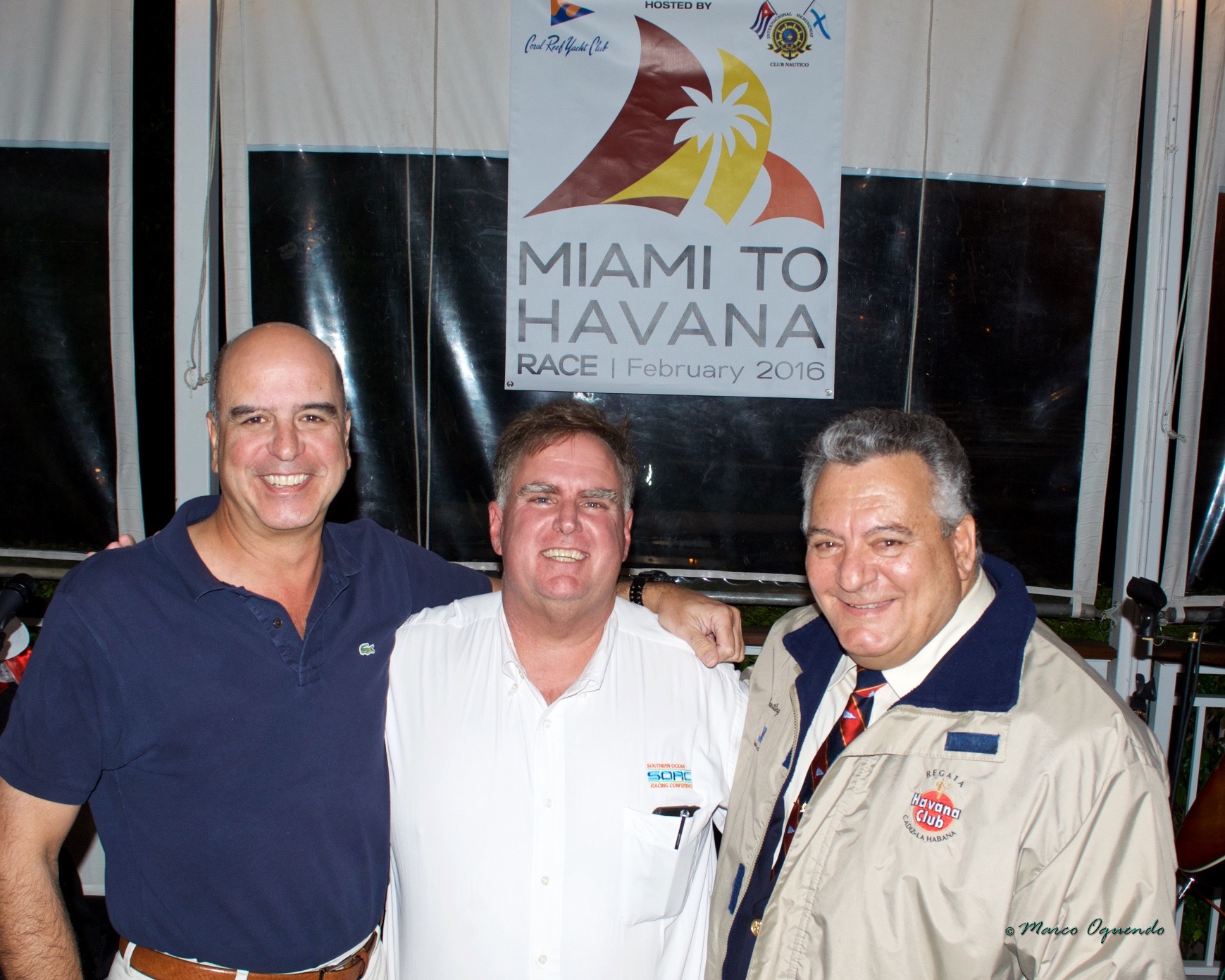 Today’s start was picture perfect, with clear skies and light shifty breeze keeping crews on their toes, with some big gains and losses available early on.  All classes started on time, without any issues other than one boat being a bit tardy to the line.  You can see the rest from the tracker.  We set out to lay the foundation for a great race, but not to try to create a puffed up bloviating PR monster that would be impossible to live up to; we didn’t talk any shit, we just set out to run a clean race with no issues, and so far we met every goal and then some, with 46 boats crossing the line on their way south.  There is a long way to go before the deal is done.  I head down tomorrow morning for the rest of the fun.  So now I get to drop a line I’ve wanted to use ever since seeing the movie “A Few Good Men”, about something I have wanted to do since I was a very little kid:  “See you when I get back from Cuba.”

that would be first