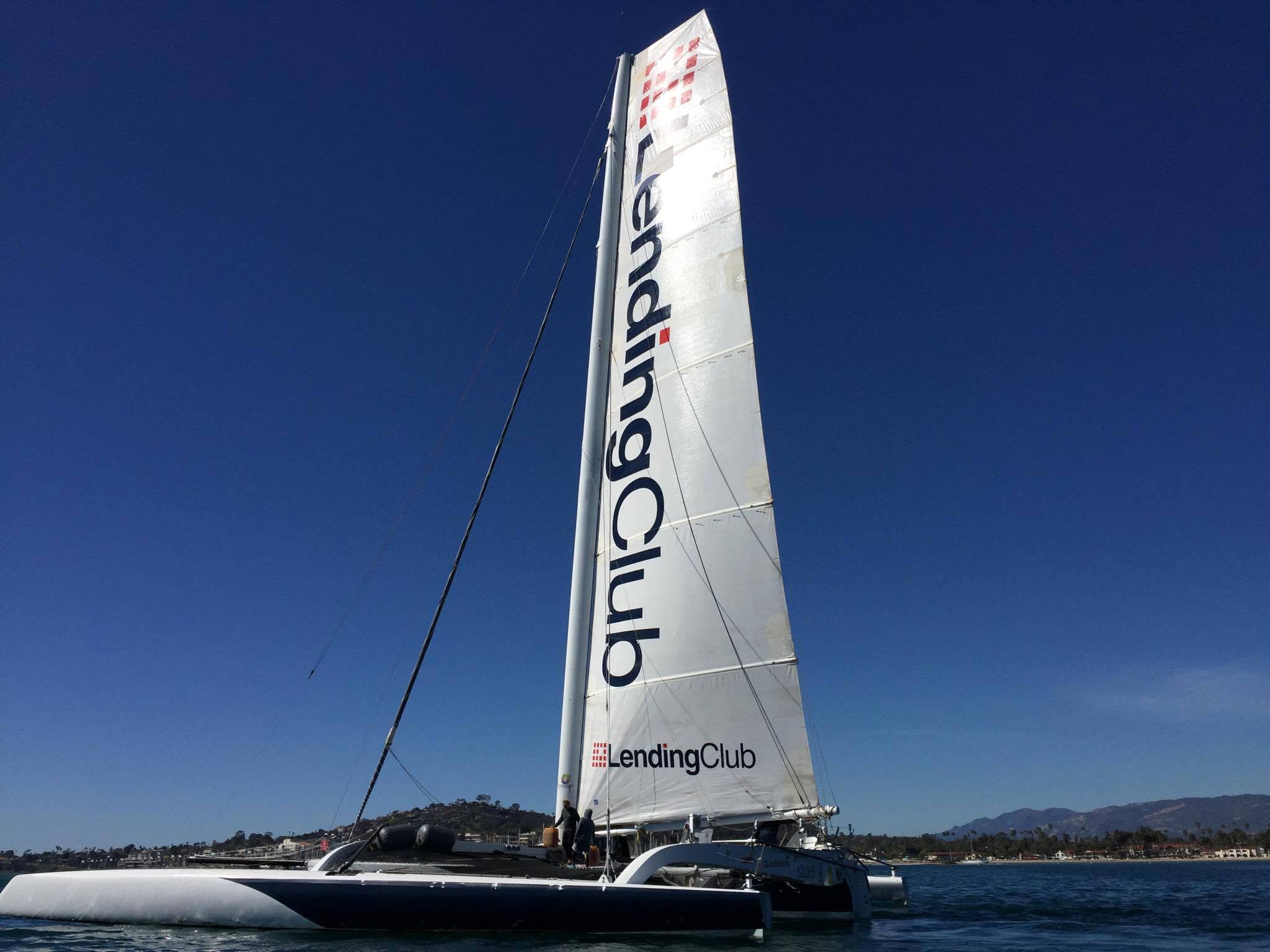 Ryan Breymaier and John Sangmeister’s Tritium Racing made a quick pit stop this afternoon in sunny Santa Barbara, during their 390 mile SF-LB delivery that began on monday. Rough.
We took John and Ryan to grab some diesel, planning for the worst. (tritium motors at 4.5 knots in calm water and 5.5 with a bit of wind filling the main.) And of course, had to grab some food and drinks for the guys.
We threw them back on the boat, and not 2 minutes later, the jib was unfurled, and they turned southward and activated warpdrive, doing 16 knots in 12-14 TWS.  We applaud them for their suffering. Keep your eyes on Tritium later this year – rumor has it we may see a Newport to Ensenada record attempt…. -anarchist zac

get off the damn couch