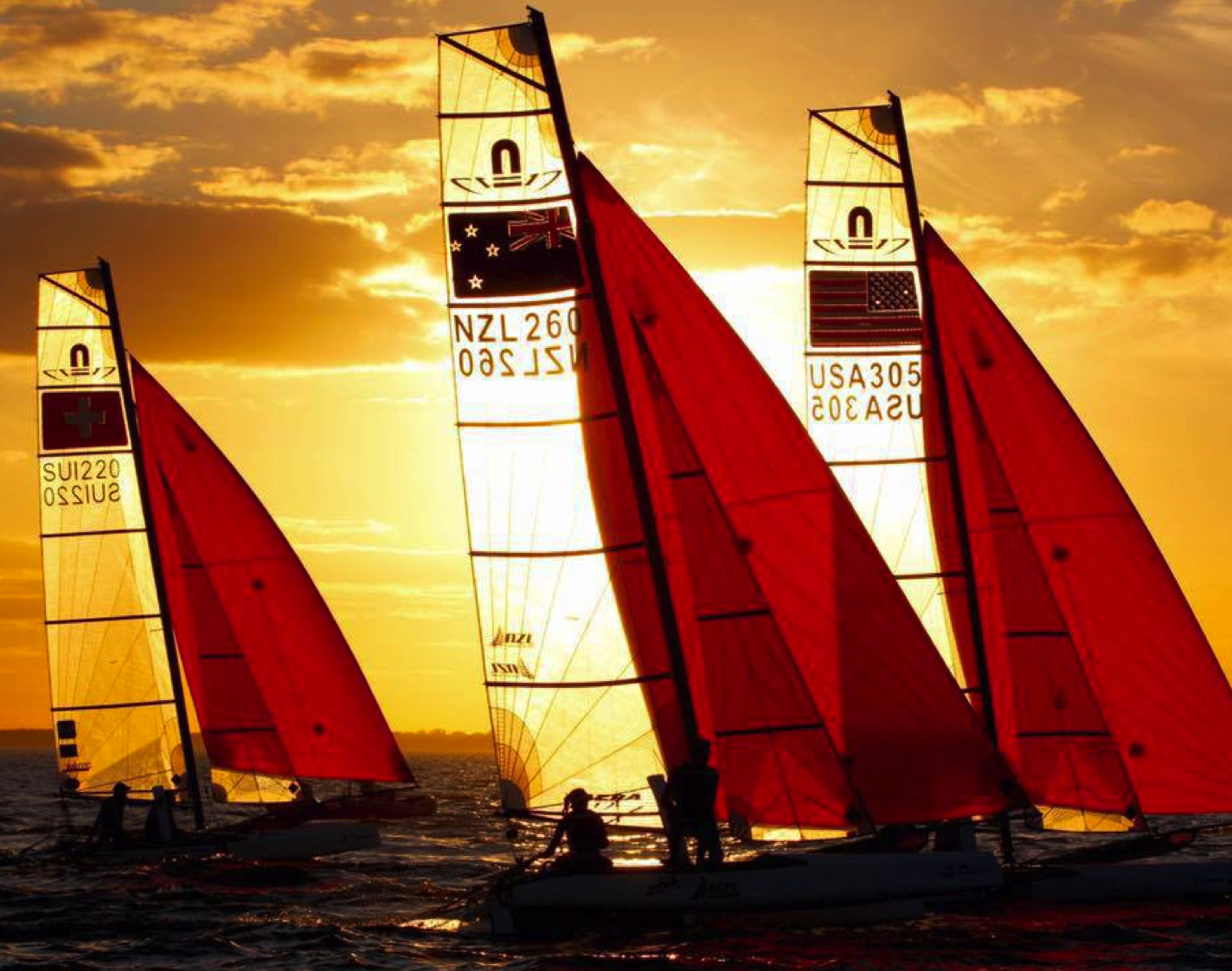 Fresh off a crew substitution (trading windsurfer Solvig Sayre for Louisa Chafee, daughter of dropped out 2016 Presidential candidate Linc Chafee) original SA gangsta Bora Gulari looked to be taking the Nacra 17 class by storm this week at the OCR, sitting in medal position after three days of tumultuous Miami weather. With just two events forming the full Athlete Selection Series (yes, it’s actually called the A.S.S!) for Rio 2016, Bora and Louisa served notice to the husband/wife team of Mark and Carolina Mendelblatt and US Sailing Team Sperry racers (and former SCOTW) Sarah Newberry and Matt Whitehead that they were gunning for the American slot.  But a breezier day on Thursday rocketed all the Americans back in the pack, and as of Friday noon time, Bora sits in 14th, the only US team with a shot at making tomorrow’s Medal Race.

Newberry/Whitehead’ss consistent failure to perform has allowed Gulari and the Splats to turn this into a 3-boat horse race, one of the few left in any Class as the selections get near the end. It’s fun while it lasts, though realistically, any of these cat teams are far more likely to be fighting for tenth place than a medal once they get down South. For a full look at how the Selection Series works and who’s got a shot, check out this story from Will Ricketson and the US Sailing Team Sperry team.
Incredible shot from the legendary Petey Crawford/Penalty Box Productions.  Full results here.