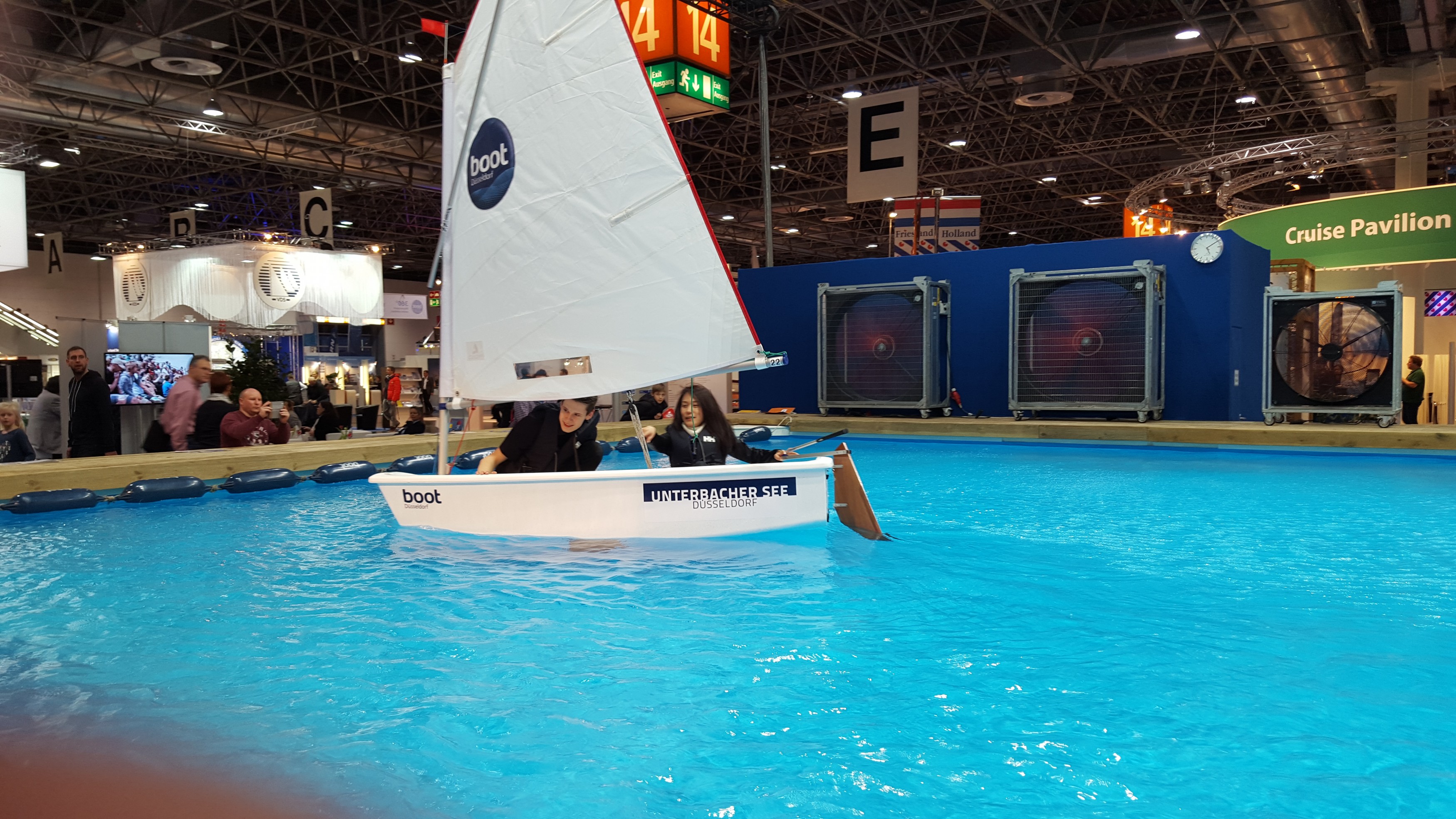 Well, against all odds, your Ed made it to the Düsseldorf boat show; not where you’d expect his GF Raina to learn sailing for the first time ever. It was pretty damned fun to watch an indoor sailing lesson, but the main show starts tomorrow.
We are astounded by the size of this show, which is so much bigger than anything comparable in this hemisphere that is easily amazes.  There are a number of current SA advertisers here and a bunch who are soon to be, but the coolest part of the show so far is the huge number of boats and brands  that we’ve never even seen before.
We don’t know whether European yachting is as healthy as it appears to be, but things seem like they’re humming along just fine from here.  We’ll have a more in-depth look a bit later during the show, so stay tuned!