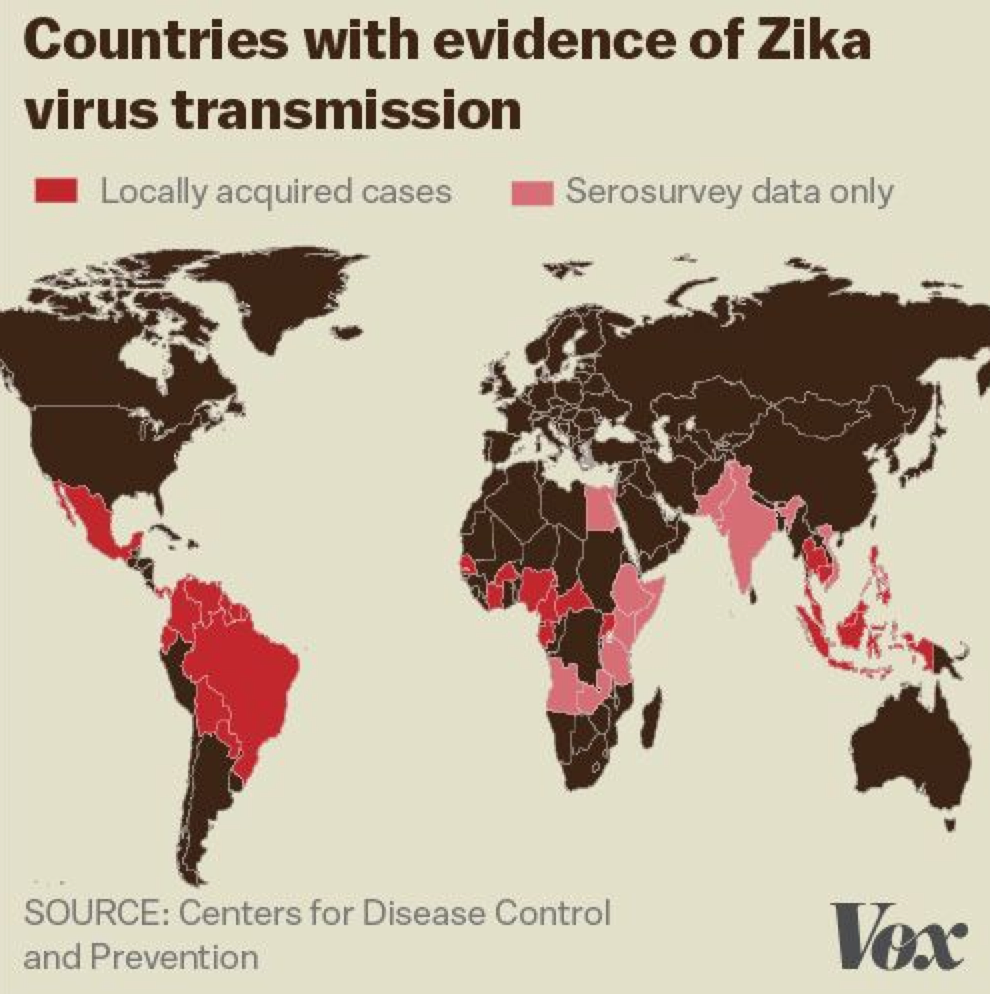 Florida’s first three Zika infections were reported yesterday, and along with the horrible damage the virus can do to babies, another rare disease may be connected to the the mosquito-borne Zika.  CDC and Brazilian health authorities are now trying to figure out how Zika may be triggering or causing the Guillain-Barré syndrome, which causes nerve damage, paralysis, and in rare cases, death.  Cases of the rare disease have increased significantly in the past few months, and who knows what other nastiness this little bug may be capable of?
Brazil, Colombia, El Salvador and Jamaica have all officially asked women to delay becoming pregnant until more can be learned about Zika, while in the US, Florida, Illinois, New Jersey, Texas and Hawaii have confirmed Zika infections involving returning travelers who were likely bitten by mosquitoes while abroad.  While the Olympics is the last thing anyone with a baby on the way is thinking about, Zika threatens to do the impossible and overshadow even the ongoing media scrum around Guanabara Bay’s pollution.
With Rio 2016 already scrapping bleachers and stands for sailing, swimming, and paddling events, plans for permanent facilities thrown in the trash, and ticket sales moving at a snail’s pace, much of the Brazilian public is wishing its government had stayed away from the 5-ring circus.  And perhaps the biggest antidote for those seeking to host more super-events like the Games is this: Some scientists believe the Zika outbreak in Brazil can be traced to African tourists who came over in 2014 to watch the FIFA World Cup.

One SA reader told us there is no screwing around.  We’ll share his full e-mail:
Good job presenting the scare factor.  Yes, Zika is scary shit.  So are you ready for an article about the ONLY thing that sailors can do…Get self-protection against mosquito bites with modern, effective mosquito repellents.  We call it Personal Protection.
Signed:  David A. Carlson, Ph.D.  [World expert on mosquito protection, 200 publication in scientific papers, Research Chemist (Ret. after 37 years) at USDA, Center for Medical Agricultural and Veterinary Entomology, Gainesville, FL]