the fist of god 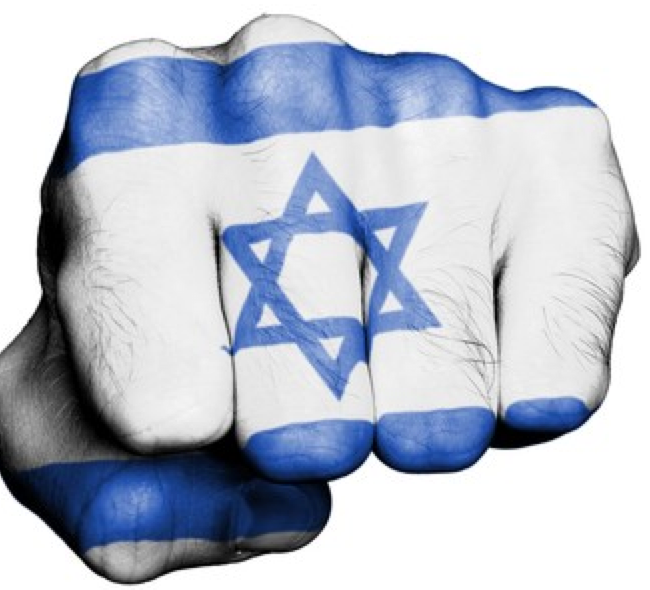 As we pointed out last week, ISAF WORLD SAILING’s mealy-mouthed response to Malaysia’s violation of ISAF and IOC rules in their discrimination against Israeli sailors didn’t actually say much, nor, in our opinion, will it prevent a repeat violation amongst the Israel-haters hosting many of ISAF’s coming events.  As far as we can tell, ISAF WORLD SAILING hasn’t even invalidated the World Championship status of the Langkawi event despite clear noncompliance with the Racing Rules of Sailing and the ISAF/Malaysia’s Host Venue Agreement – and the fact that two of the perennial medal winning juniors couldn’t attend.
We’re not sure why World Sailing is so weak-kneed and impotent, but usually these things flow downward from the top; perhaps President Carlo Croce is too busy? Remember, this guy – ostensibly running the organization governing the entire world’s sailboat racing – is also the President of the Italian Sailing Federation and the President of Italy’s biggest yacht club.  Busy man?
Like us (and anyone else who’s been paying attention), the Israel Sailing Association has no faith in ISAF World Sailing, and they’re not going to hide quietly by while their athletes are unlawfully excluded from this Olympic-funded sport.  After reading the World Sailing statement on Malaysia’s malfeasance,  the ISA asked on Monday for a guarantee from Croce that Israeli sailors won’t be excluded from any future ISAF events.

“We are very concerned that their decisions have no teeth,” ISA President Gili Amir told The Jerusalem Post. “If we don’t remain on guard, we will find ourselves in the same situation ahead of the championships in Oman as we did in Malaysia.
“There are a lot of politics involved, and everyone just wants to get away with the minimum required. The president is facing an election in November and this is all politics. He wants everyone to support him. No one knows what will happen the day after the president is chosen and we are concerned.
“If there isn’t a proper warning period to make sure host countries act according to the Olympic Charter and that if they don’t they will lose the competition or be barred from taking part in the Olympics or sanctions of that sort which can change their stance, there is no point to this entire episode.”
Israel’s Yoav Omer and Noy Drihan did not have an opportunity to defend their titles at the Youth World Championships in Langkawi, Malaysia, earlier this month after the ISA said that it will not be participating in the event due to the demands made by the organizers and the fact the surfers had yet to receive visas.
The ISA claimed that it was told the surfers would not compete under the Israel flag, wouldn’t be allowed to use any symbol identifiable with Israel on their cloths or surfboards and that the national anthem would not be played should an Israeli win a gold medal.
“We are disappointed that Malaysia hasn’t been punished,” said Amir.  “We are also skeptical whether World Sailing plans to enforce its own decisions.  We are afraid that this is all politics and we only trust ourselves.”
After investigating the matter, World Sailing wrote in a statement last week that “all World Sailing championships involve an element of country representation, and at all these regattas, flags shall be displayed and winners’ anthems played. They shall be displayed and played equally for all competitors.
Organizing Authorities who are not able to meet this requirement should not bid, and will not be selected, to host future World Sailing championships.”
The sport’s governing body said that it “deeply regrets” that Israel’s representatives were unable to compete “due to the conditions imposed by the Malaysian authorities,” but also added that the ISA’s conduct contributed to the unfortunate outcome.
“That is complete nonsense. We did exactly what we were supposed to,” insisted Amir. “They received our letter 24 hours before we sent it to the media. They are telling tales. They had to somehow appease the Malaysians so they wrote that nonsense. It is entirely inaccurate. We went exactly by the book and they are looking for excuses after not meeting their obligations.”
Amir believes money is ultimately the source of the problem.
“Organizing an international sailing competition is an expensive business and World Sailing chooses countries in which it makes money,” explained Amir. “Places like Oman, Malaysia or Abu Dhabi pay World Sailing a lot of money to host events. They don’t even have any sailors so what incentive do they have other than a political one?
“This is a growing trend in recent years, with more rich Muslim countries bidding for competitions. We are waging a battle for all of Israeli sport and this shouldn’t be the case because this isn’t our private war. Israel has a Foreign Ministry, Sports Ministry and Prime Minister’s Office and I see this as their responsibility. They don’t give us the support we need. We shouldn’t even need to deal with this.”
Read the rest of the story here.
Tags:Abu DhabidiscriminationiocISAFisraelmalaysiaOlympicsomanracismworld sailing
ScotJanuary 21, 2016
Leave a reply

does it measure up?