throw the jew down the well 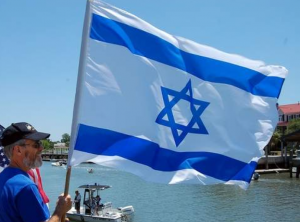 The newly re-named World Sailing (a/k/a ISAF) has an opportunity to easily do something right for a change by responding to actions this week by Malaysian organizers of the ISAF Youth Worlds, which allegedly banned Israeli windsurfers from competing at the ISAF-licensed event under their own flag.

Windsurfers Yoav Omer and Noy Drihan and coach Meir Yaniv announced they wouldn’t attend the event in Langkawi, Malaysia after the organizers of the competition required them to agree to “compete without an Israeli flag and without any symbols associated with the state of Israel on their clothing and surfboards, as well as not playing the Israeli national anthem if any medals were won.”  Considering the consistently high performance of Israeli windsurfers – not a farfetched possibility.  This isn’t the first time a Muslim country has had issues with Israeli-flagged athletes, either – but it’s something no one, from any country, should ever have to deal with.

They might be able to pull this kind of bullshit for a local event, but if we remember right, ISAF has all sorts of anti-discrimination clauses running through every event run under their auspices, to say nothing of the standards of the International Olympic Committee or just basic humanity and respect for competition.

So there it is, ISAF – you finally have a chance to look good on a world stage by telling every country in the world THE RULES: If you want to host an international event, you agree to accept international teams and treat them all equally.  If you don’t want to  If not, you can get right the fuck out of our sport – period.  If you want to play politics, fine; do it with some other sport.  And if you have a problem with anyone’s flag, for any reason, fine – just remember that whatever you require of one team, you require of them all.

For fuck’s sake, isn’t it enough that Jews are stuck celebrating some stupid Christmas clone whose claims to fame are a fire hazard and gambling for chocolate coins with a spinning top?

Title shout to a very funny jew and his funniest antisemitic song.

Note; Olympic Medalist Kevin Burnham has this to say on Tom Ehman’s FB page: As an Olympic Gold and Silver Medalist, I am ashamed to be associated with Sailing as an Olympic Sport with this decision! Take my medals and shove them up yours ….,.,,!!!!!!!!!!!

ask and yo shall receive