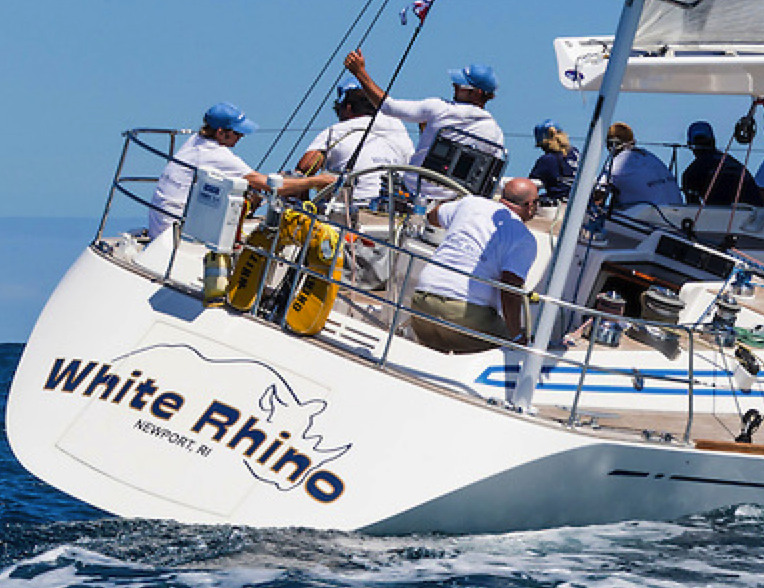 We’ve been following a story for a week or so about the Swan White Rhino, one of four or five boats to race to Marina Gaviota in Veradera, Cuba on 3rd in what is called the Pilar Regatta, a sort-of race-and-party to Cuba with entry fees from 2500-3500 dollars.  Two different unrelated sources told us they heard from crew that the boat was dinged for $100,000 in fines upon their return to Key West.

We spoke to owner Todd Stuart who confirmed that there was indeed a legal issue, but though he was plenty affable, he declined to talk on the record while the issue remains live. The Coast Guard confirmed that a boat was cited out of KW Station, and we’re waiting for more information.  Their head of permit processing said she couldn’t find any permits for regatta participants for the past month. While Stuart didn’t offer much detail, he stressed that everyone considering one of the upcoming Cuba races be extremely careful, especially if the organizer promises to handle the paperwork.  He seemed angry with himself for not looking into it more closely, and the most likely scenario is Rhino either had the wrong permit or had the wrong crew listed on their permit, and the USCG came down hard on them.  The violation may carry a serious financial penalty but despite dual sources, we can’t call the $100,000 number “confirmed”.

We couldn’t find any names on the regatta website or in the NOR (red flag #1?), but google says the registered agent for organizer “Kegonsa Regattas LLC” is self-described angel-investor Kenneth Johnson in Madison, Wisconsin.  We called and left messages for Johnson at the number in the NOR and on his corporate website, and at the time of publication, we have not received a response.

We caution EVERYONE intending to race to Cuba in one of the races left this winter to contact both the regatta organizer, the USCG documents office, and if not 100% happy with the answers, their lawyer.  You can call the extremely helpful Rosa Garrison in Permit Response (305) 415-6820.

Know anything about the situation or the organizer? Post up and help people avoid similar problems.

Does anyone know Johnson from Madison, or the name Kegonsa?

rearranging the deck chairs on the titanic