i can fix that 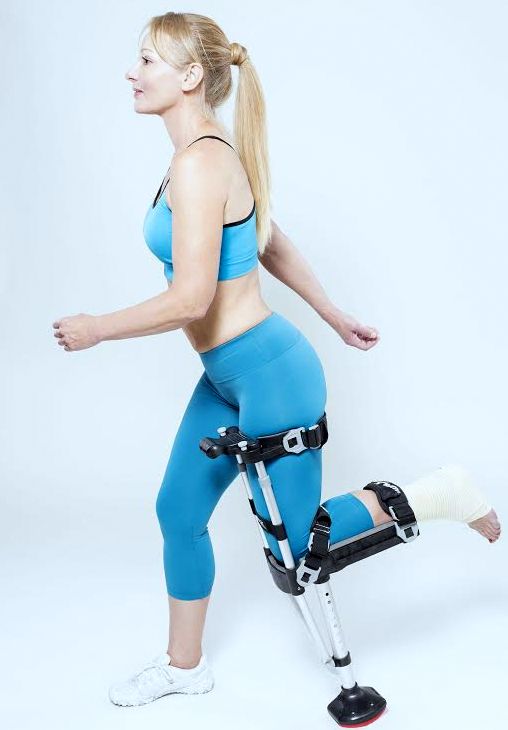 Frank Cammas suffered a gruesome injury when he fell overboard and the rudder of his foiling catamaran struck his leg, almost severing his foot.  His involvement in the America’s Cup campaign depends on how quickly he can heal.  Ironically, a new medical device with ties to the foiling AC catamarans might hold the key to his recovery.

The high speed impact from the leading edge of the T foil rudder broke both his tibia and fibula.  For those who are unfamiliar, these are the two bones that connect your ankle to your knee.  Remember Joe Theismann?  It’s like that.   Breaking both is rare, and Frank will be out of commission for quite some time.

Recovering from this sort of injury involves a prolonged period using crutches, which are, without a doubt, the most hated piece of equipment in the world.  If you’ve used them, you’ll agree.  They hurt your hands, wrists and underarms, but worse than that, you lose any ability to lead a functional independent life because you’ve lost the use of your hands and arms.  So simple things like carrying a cup of coffee, walking the dog, fairing the (too) sharp leading edge of your foils – none of that can be done with crutches.  So not only does Frank lose his ability to train and practice, he loses his ability to do pretty much everything.  Talk about adding insult to injury!

The fate of the Frank’s involvement in the AC Challenge hangs in the balance.  The good news is that there’s a new technology that can significantly help in Frank’s recovery.  The irony is that it also has a strong connection to the same technology that caused his injury.

It’s called the iWALK2.0, and it’s a temporary lower leg prosthetic that replaces conventional crutches and lets you walk, hands free, using your legs, not your hands and arms.  During the design phase, it was determined that the device needed to be light, yet extremely rigid.  So who better to recruit than a naval architect with experience in high performance racing boats?  Erik Berzins of Morrelli and Melvin was chosen to perform much of the design and engineering.  Morrelli and Melvin were involved in the design of the New Zealand AC72, and were the juggernauts that first brought foiling to the America’s Cup.  They remain deeply involved in the rules that define the new breed of foiling AC catamarans.   So in a way, the originator of the technology that contributed to Frank’s injury is also part of the solution.

So instead of hobbling around on crutches, Cammas can walk, unassisted, with hands free, pain free mobility.   Using the iWALK can get Frank walking again and keep him functional during his recovery.  Being injured sucks, and being injured on crutches sucks even more, so having the iWALK will certainly keep him much happier in the process.

iWALKFree has offered to donate an iWALK2.0 to aid in Cammas’ recovery.  Anyone knowing how to put them in touch with Cammas directly should contact [email protected].  For more info on the iWALK, check out their website at www.iwalk-free.com.

maniacal laughter Sure watching this AC 45 almost bite it is cool, but the guys laughing like kooks is even better. Thanks to Booboo