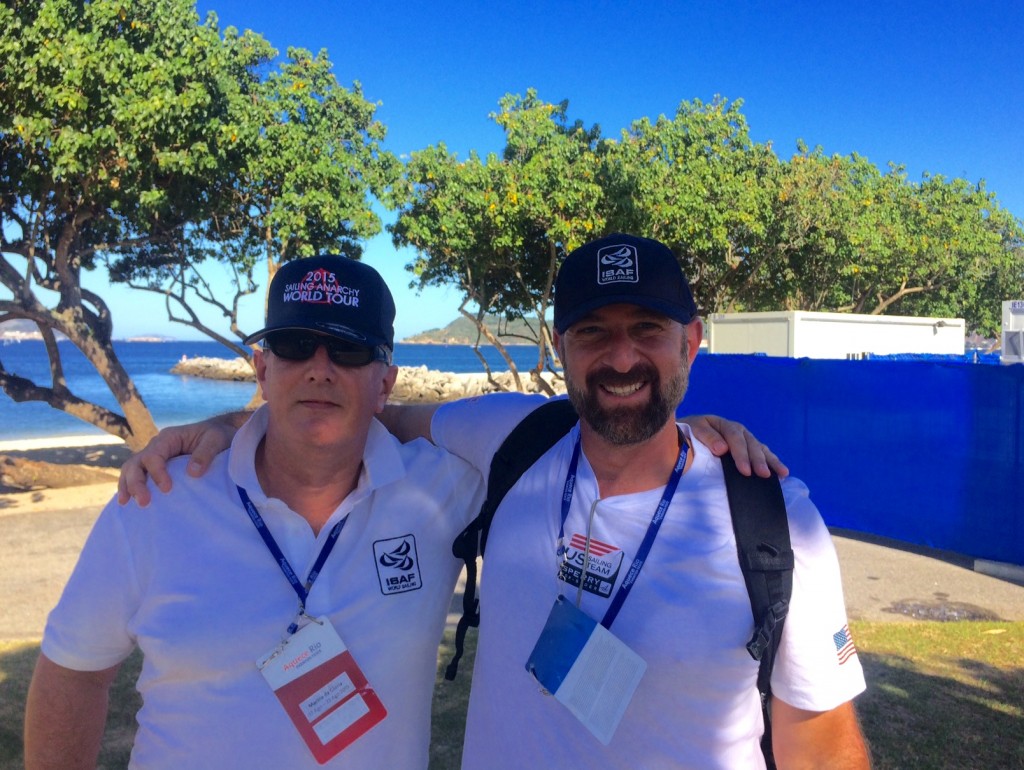 One of the most positive moments of my recent trip to the Rio 2016 Test Event in Brazil was a long chat with brand-spanking new ISAF CEO Peter Sowrey.  In fact, our meeting was so enjoyable and Sowrey so optimistic and no-bullshit, that for the first time since the founding of Sailing Anarchy back in the 20th century, we felt like ISAF and the Olympics were in decent hands.

Sowrey, a high-end management consultant with a number of turnarounds for major companies to his credit, told me something very interesting at the edge of the foul-smelling Marina De Gloria before we exchanged Sailing Anarchy and ISAF hats for the above photo (and I paraphrase):  “If I can’t fix ISAF, you’ll see my resignation before too long.”

In a perfectly ISAF-esque non-statement, Sowrey walked away from the whole mess yesterday, and while we haven’t been able to connect with him for the exact details, we assume he left because he couldn’t accomplish what he was hired to fix.  In other words, ISAF is a defective organization, broken beyond repair.  It’s incapable of protecting the health of the sailors it is supposed to advocate for.  It’s unable to create an enduring and successful World Cup despite shoveling millions upon millions at it.  ISAF has failed at growing the sport, failed at unifying racing, failed at every attempt at America’s Cup rule management and conducted itself incredibly badly with regard to disciplinary proceedings, and only really succeeded at one major goal: Getting Olympic Sailing on the mainstream media radar.  Unfortunately, that’s only because of viruses, bacteria, and human waste.  And in other news, Olympic feces have now become a meme,  and a very funny one. Check the comments on Gawker.

Title tribute to all our ‘fallen’ Irish brothers.

UPDATE: We heard today a fairly strong but unconfirmed rumor that Abu Dhabi just walked away from its multi-million dollar contract as the host of the ISAF Sailing World Cup Finale. This is massive news for the albatross that is the ISAF SWC, and if true, and may be a big part of Sowrey’s departure.  If you have ISAF stock, sell it now!

back at it again

it's all french to us