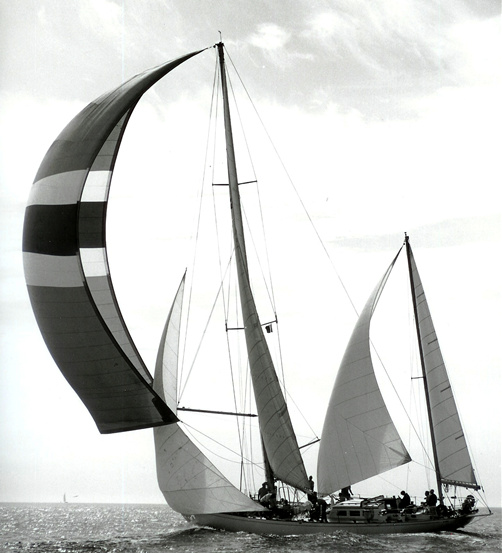 A rare opportunity to purchase a famed pedigreed yacht of uncompromising quality and beauty. Kialoa II was designed by Sparkman & Stephens for the famed Maxi racer Jim Kilroy who would go on to own 5 competitive Kialoas in his lifetime. She was built of a special aluminum named Duralium by Yachting Dynamics of Torrance, California and launched in 1964.

The boat was designed to compete in Maxi ocean racing events such as the Sydney-Hobart and Transpac Races. This she did fairly successfully, winning most major ocean races at least once during a racing career that spanned nearly a decade. One of her highlights was winning the grueling upwind Sydney-Hobart race (Australia’s premier ocean race falling on New Year’s day) in 1971. She also won the 1965 Transpac Race (Los Angeles – Honolulu) in 9 days, 19 hours.

Regarding the use of Duralium for the hull and deck, this is a special aircraft grade aluminum that was chosen to completely prevent corrosion. This has proven to have been very effective over the life of the yacht.

By present day racing standards Kialoa II is fitted with a quite luxurious interior and has numerous amenities for the comfort of the crew and guests, a true gentleman’s yacht. She is a beautiful yacht and epitomizes the S&S aesthetic: classic sheer with graceful overhangs, and some real history. More here.