we are the healers 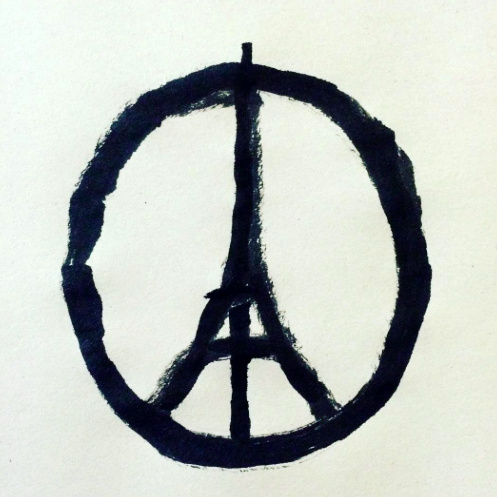 A chilly wind follows the recent and much needed rain that fell in Northern California. Bundled pedestrians in winter coats and sweaters wait impatiently for the traffic crosswalk light to blink “walk” so they can quickly seek indoor shelter. Just a few orange, red and bronze leaves remain on bare tree limbs. It’s just a brisk 52 degrees but for us temperate Californians, it still feels like the dead of winter.

A cold and chilling shudder has been felt worldwide. Our thoughts, prayers and heart-filled sympathy is with the victims, families and friends of those who have died in the recent terrorist attacks in Paris, Lebanon and throughout the Middle East.

As I write this, 132 have died, 352 others wounded, 99 of them critically in Paris. Images from St. Louis Hospital in Paris show doctors, nurses and staff crammed into a ward trying to save the injured. Hundreds of doctors and nurses worked around the clock to care for the injured.

Philippe Juvin, head of emergency services at the Georges Pompidou hospital in Paris has worked in conflict zones including Afghanistan. He described how the gunshot victims had to be rushed to surgery or intensive care after arriving with injuries that he has only seen in war zones.

Dr. Jean-Paul Fontaine, head of the emergency department at the Hospital Saint Louis explained that their hospital sees patients injured in the occasional car crash and possibly just one gunshot injury per year. Suddenly they received twenty-seven gunshot victims.

Catherine, a nurse at St. Louis Hospital was overwhelmed with the wave of solidarity among the staff “I prefer to remember this incredible wave of solidarity. All the staff, the doctors, surgeons, nurses who spontaneously phoned to offer their support and come in the middle of the night … That night I was proud of my profession, my colleagues and my hospital.”
Dr. Jean-Paul Fontaine, asked whether this would change the way that he would think about everyday life in Paris? “No, no.

And I hope that it will be the same for the Parisian people. Paris is a living city. You can’t imagine there were no football game, no movies, no concerts, no music, no bars. That’s impossible. And you have to keep on having this atmosphere. So we are not afraid.”

We are healers. May we continue our important work even under the most difficult circumstances and during the darkest moments. – Dr. Joseph Andresen.

all to play for