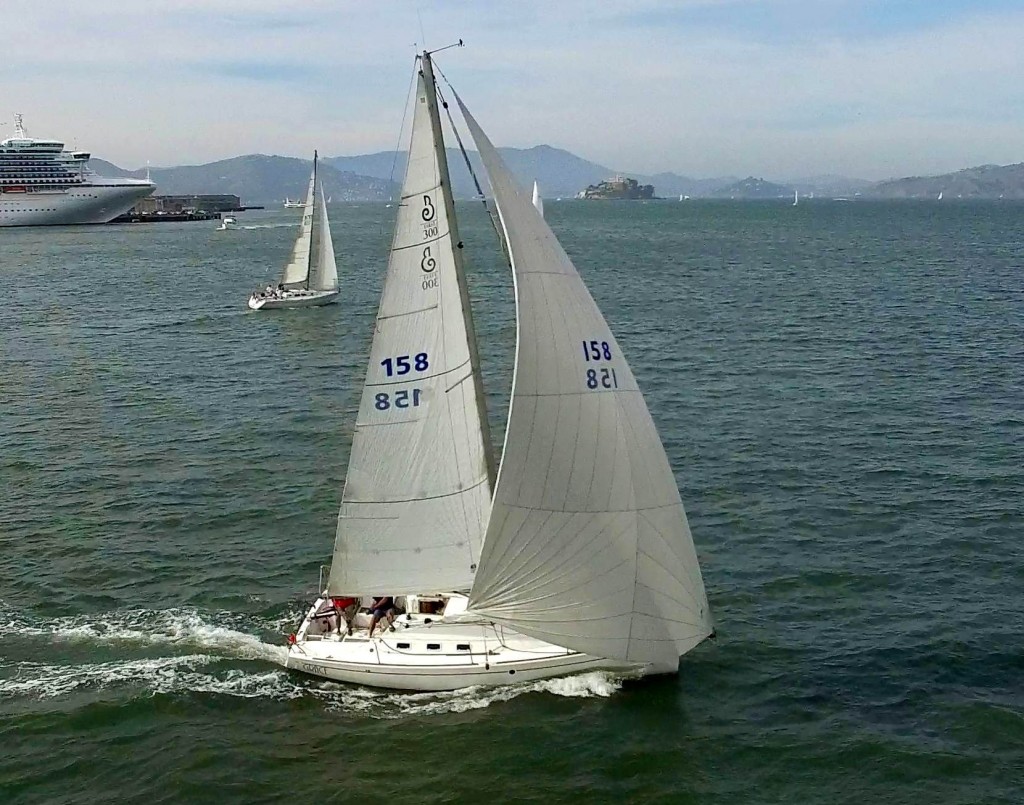 Code 0’s were developed for light air close reaching. However, because it is built from strong, laminated material I found it very useful for broad reaching in stronger winds as well. I am having a lot of fun with it in the SF Bay, and I might be the only boat sailing with one up here!

Here’s the story! I purchased a 97 Beneteau First 300 (Grace) soon after moving to Socal from the SF Bay area, where I spent 20 years sailing and racing its infamous strong winds and currents. I began short handed ocean racing and found that she didn’t perform well in the light winds common in southern California. Inspired by ocean racers, clearly I needed a Code 0 with a furler and bowsprit. I created my own Sprit, the Trogear A-Sprit, and together with the Code 0 and furler my boat performance improved significantly. It took some time to find the right crossover for the headsail and A2 but soon the race results started to speak for themselves. In addition to the increased light wind performance, the ease of deployment made a huge difference as it can quickly be furled or unfurled based on the wind. This proved to be very significant for coastal races (any sailing with a sea breeze) single handed at night when the winds are light and fluctuating in strength and direction.

Due to a job offer I couldn’t refuse, I moved back to SF Bay area and this past summer sailed my boat up the coast to its new home in Brisbane. Since most of my sailing with Grace had been in light winds, I thought that her sweet spot was 8 -12 TWS where I could even keep up with light wind boats such as an Olson 30 or Santa Cruz 27. I was kind of worried that she would be too tender for the Bay and the Code 0 might get packed away.
Surprisingly, she actually does quite well in these conditions and the Code 0 sees more action than I thought it would. In light winds before the sea breeze kicks in, it helps to power up boat, and in the afternoon or evening, returning from the Central Bay to Brisbane, it is hoot reaching with Code 0 and maintaining 8kn speed. In these conditions, using an Asymmetrical spinnaker would overpower the boat. Sure, the hard-core racers with a full crew to help would fly an A3, but that’s not my case.

Essentially, I found that the Code 0, due to ease of deployment and the ability to furl or unfurl it quickly and dependably makes all the difference between flying a reaching sail or struggling with the headsail. And, did I mention how much fun it is reaching with a Code 0 on a breezy day, short handed and passing other boats as if they are anchored?

If you do most of your sailing shorthanded, don’t hesitate to spend your hard earned $$ for a Code O and Furler – and if your boat doesn’t come with a bowsprit you just might want to invest in ours. With the ability to adjust the luff tension from the cockpit, you’ll be in ultimate control.

welcome to the klub