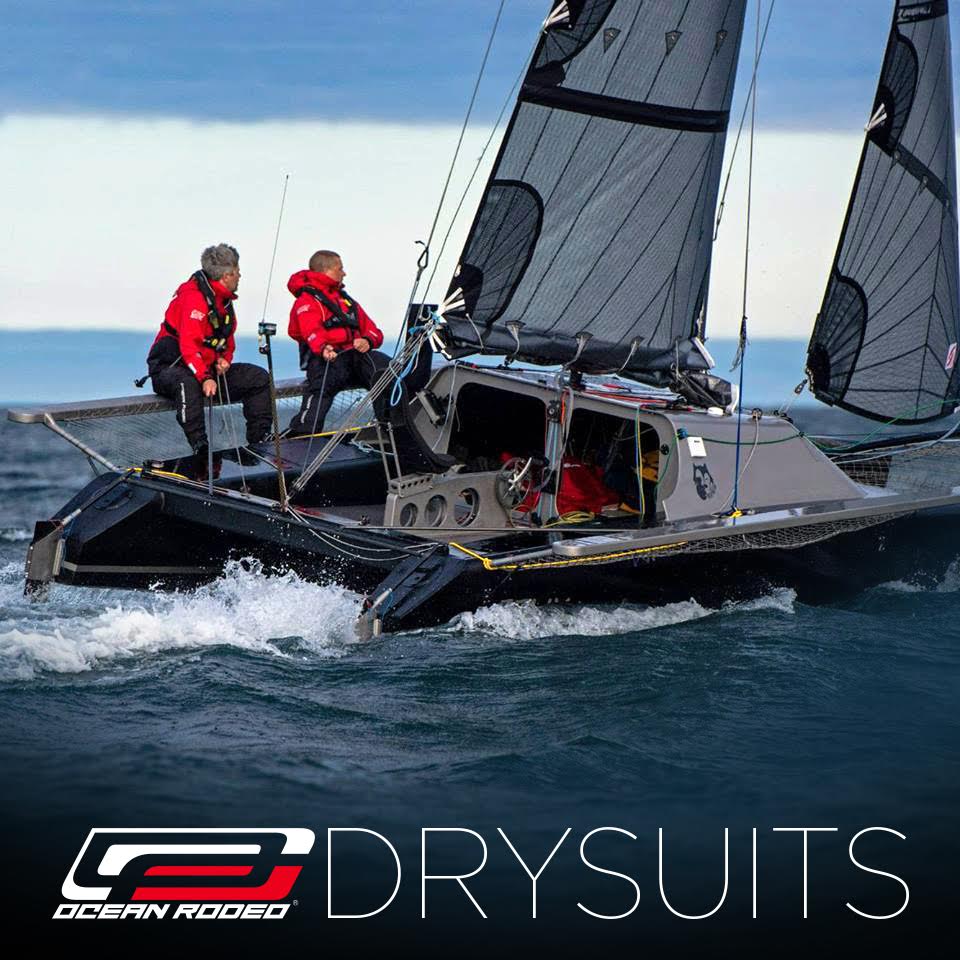 Earlier this year, the inaugural Race To Alaska saw 40 teams compete to sail, paddle or row their way 750 miles up the British Columbia coast from Port Townsend Washington to Ketchikan Alaska. The majority of race participants were sailors and, remarkably, over half the teams involved chose to purchase Ocean Rodeo drysuits.

For 2016 Ocean Rodeo has taken that interest and transformed it into some real momentum in the sailing market. In the last few months Ocean Rodeo has secured a long term, multi-year sponsorship agreement with the Race To Alaska and has convinced over a dozen ICSA sailing teams to use their unique hybrid style drysuits for their racing seasons – suits that blur the line between traditional drysuits and foul weather gear.

The result of this grass roots interest? Ocean Rodeo suits can now be found in many of the nation’s top sailing and commercial marine retail outlets and have many people considering a drysuit when they would normally be buying foul weather gear. This is due to the fact that the Soul Series of drysuits from Ocean Rodeo (Heat, Soul & Ignite) each feature a unique zipper configuration that allows the user to choose to don the suit as a full drysuit or as foul weather gear when in ‘standby mode’. Comfortable, breathable, flexible – dare we say fashionable? The future of foul weather gear may well be a hybrid drysuit.