Henry Bomby gets you all caught up in the TJV… 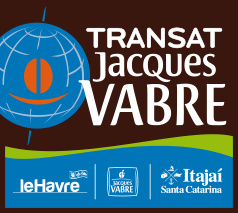 For the Ultimes and the lead IMOCA’s we are into the last stage of the TJV, and what an eventful one it has been. Two serious incidents with Prince de Bretagne and Hugo Boss but fortuntely both sustained no casualties, although the same can’t be said for their boats which were slightly less fortunate..

For Macif the game is all but won. After a conservative start with many technical problems they came good in the end. For Sodebo and Macif it was a fantastic race down to the doldrums. But after Macif sneaked out of the infamous ‘pot au noir’ first Thomas and Jean-Luc were always going to have a lot on to catch up. The run in for Macif is straight forward, VMG downwind into a dying breeze and what looks to be a very light finish, but baring any breakages, Francois will have another big race title to his name this time tomorrow morning. (0600 – 0800 GMT)

We talked a lot in the northern Atlantic part of the race about the need to ‘get West’, and when is best to make the move. It might be hard to see why this is so important, heading South is obviously the long tack so you should always do that first, right? True, but if you want a great example of why sometimes you have to take your opportunity to punch out to the West if you get it, then check out the tracks of the Multi 50’s. ‘FenetreA Prysmian’ my pre race favourtie came from well back after a slow start and took their opportunity well, getting West early at an inexpensive time, the others waited to long, and the rest is history. It is not often you get ‘overtakes’ like this in offshore racing on such a big scale so when you do it is worth appreciating. http://tracking.transat-jacques-vabre.com/fr/

Another well used phrase in sailing is ‘the rich getting richer’, and the Class 40’s have given us a fantastic example of this as well. Le Conservateur managed to stay far enough away from the Azores High Pressure which was moving back down south to engulf the fleet and turned their 50nm lead into a 250nm lead in 48 hrs. They would have seen this opportunity coming and would have been pushing like hell on board. Offshore sailing is the best sport in the world when you get it right like this!

While the race is nearly over for some, for the 40’s the road is still long. Over the next few days the front runners will pass into the doldrums which were certainly not kind to the Ultimes or the lead 60’s. Expect big compression here, and being slower boats they could well be stuck in the ITCZ for up to 2 or 3 days. It will be exhausting for the teams who have already had a long hard race, squalls, light winds, endless sail changes. The one bit of good news I guess is that they will most likely get their first chance to wash for the first time in 2 weeks! 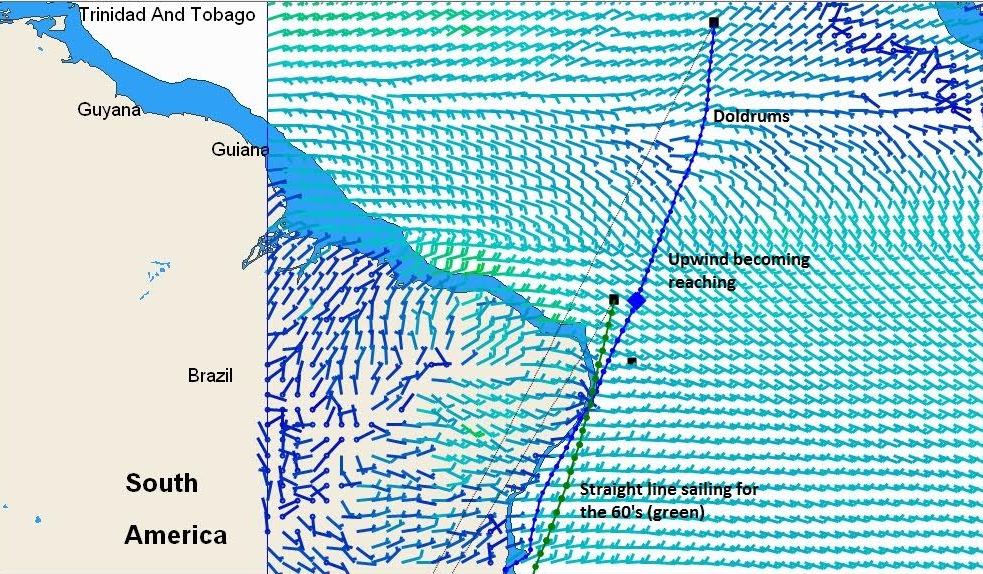 After the doldrums the story is the same as for the others, upwind becoming reaching as the wind frees them and they head South towards Brazil. No need for any heroics here, just sail fast and straight.

The 60’s are still enjoying the best racing. At the front it will be interesting to see whether pace alone can get Banque Pop back in front of PRB as there are all but no ‘options’ to win the race on a move from here. Just behind them are ‘Initiative Coeur’ and ‘Le souffle du Nord’ who are enjoying a great battle together. But for me the best race on the water at the moment is at the back of the 60 pack. With 4 boats battling it out (to not be DFL). My buddy Sam on board ‘Comme un seul homme’ in his first 60 race has had a great 2 days and they are now up into 7th.

They are going to have one hell of a fight on their hands to stay there but they are killing it at the moment against faster boats and good on ’em!