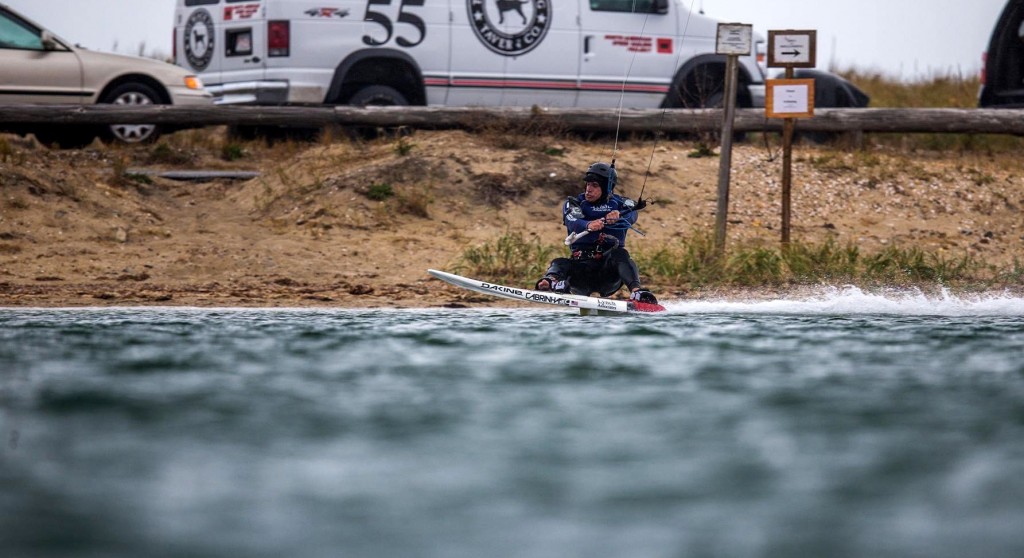 Rob Douglas USA-55 sailed his Cabrinha Velocity prototypes and Meanline fins to victory and won his 5th consecutive North American Speed Sailing Invitational title.  Rob won 10 out of the 14 races and also set the best speed of the event at 46.59 knots.

Racers were timed with GPS devices over the 250 meter courses in average wind speeds of 16 to 28 knots on the flat water lagoons surrounding Martha’s Vineyard between Oct 17th and Oct 31st.  Top speeds of over 49 knots were reached during the event with average speeds in excess of 46.5 knots.   2nd place finisher,  Max Nocher F-2 (FOne kites).

"it could have been anyone"