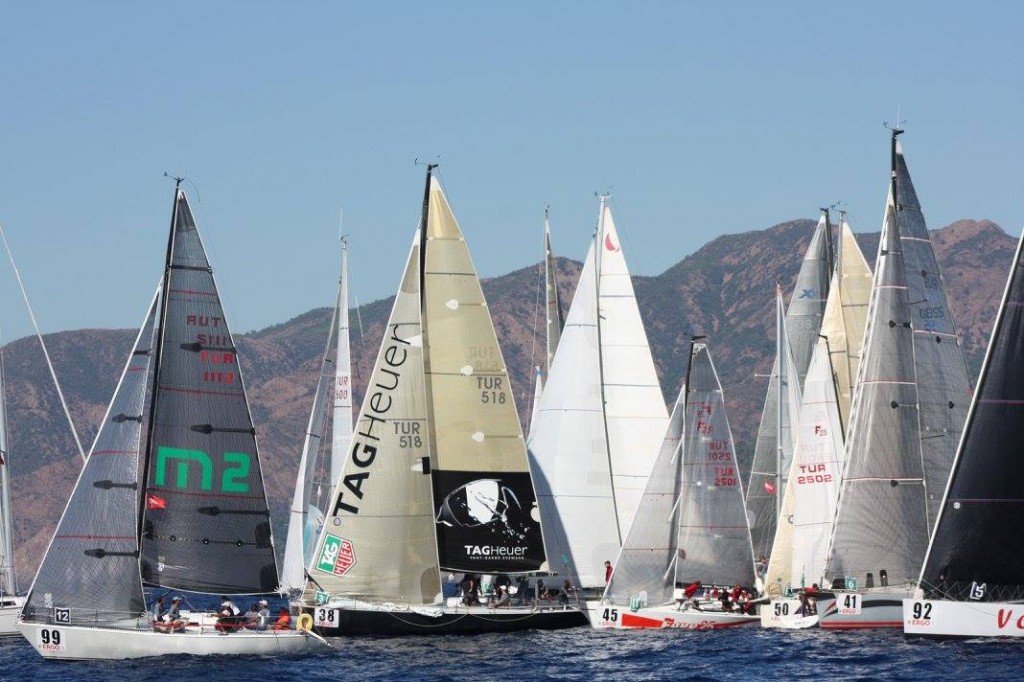 While much of the Northern Hemisphere is busy tucking their boats away for the coming winter, the season’s still rolling on the beautiful West coast of Turkey.  SA’er ‘Telebox’ checks in with this report.  Video of Marmaris Race Week here.

We had Farr 25 hull # 1 and hull #4 sailing in IRC Class 2 of Marmaris Race Week.  Unfortunately the club decided this year to only have four instead of five IRC classes, so we were facing much much larger boats like the very powerful Dubois designed 1tonner Goblin3 or two very well sailed and fine tuned Russian Salona 41s. The weather was challenging for all competitors. Despite many beating and reaching legs, F25 hull # 1(Ergun Elektrik) finished the race week in 5th place in a very competitive 16 boat field. Given that the boat was chartered to an inexperienced team with just a few practice days before Marmaris,  everyone is very happy with the result!  Hull 4 (Nafiz2) finished only 2 places behind on a 7th overall, which is also a great success for the very young team in their only second season. 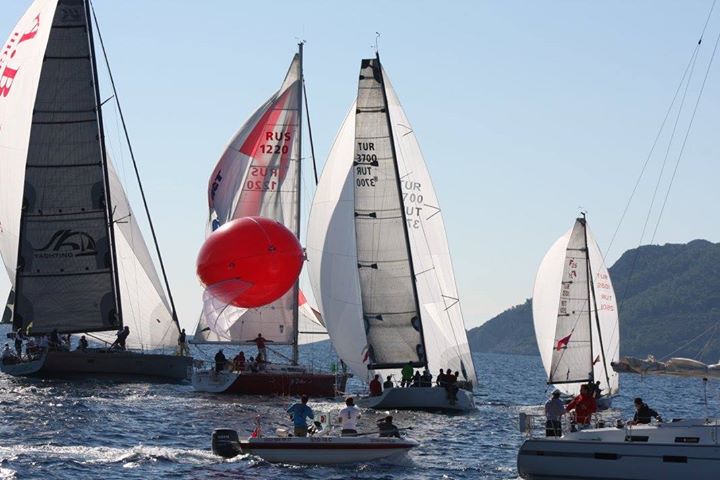 With Marmaris Race Week the season concludes. We were especially happy to see that the Farr25 performs well in IRC after a great second-place showing in ORC earlier this year at the Sportboat Europeans.

In consequence, one boat has been ordered from Switzerland. The boat will be shipped before the end of this year. In addition Marmaris Race Week caused some more interest in East Europe and Russi, and with 7 boats on the water now, the Farr25 just keeps getting more and more interest. We also have an official distributor for Switzerland now. So in case you wanna test sail the boat, just let us know! Overall results from Marmaris are here